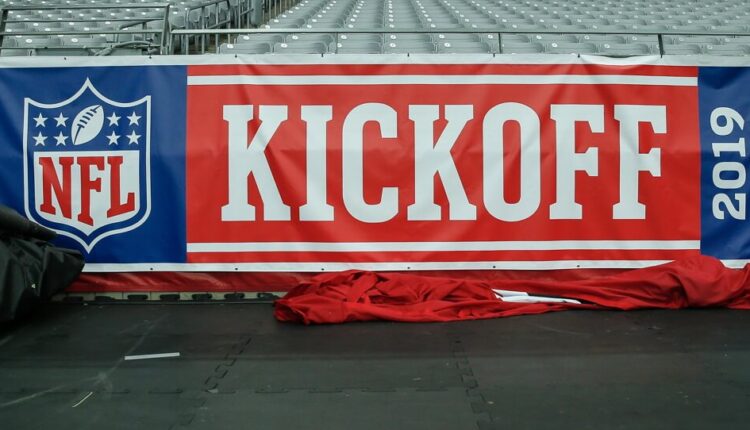 Football is finally back, and Week 1 brought us fantasy studs who were huge disappointments, but also big fantasy stars who emerged out of nowhere. The opening Sunday of games was beautifully chaotic, but chaos is a ladder. Here are a few key Week 1 fantasy takeaways from the first weekend of the 2019 season.

Stream Players vs. the Miami Dolphins

Giving credit where credit’s due, the Ravens were prodigious on offense and flat out dominated the Dolphins. Not every opponent is going to beat them by 49 points, but Miami’s defense looked completely overwhelmed on most plays. Missed tackles and broken coverages led to chunk plays for the Ravens, and Lamar Jackson was sacked just once, with Miami logging only two quarterback hits. While most fantasy-relevant Patriots players are owned in the majority of leagues, consider Sony Michel next week even after a disappointing Week 1 performance. And in DFS, a Patriots stack of Brady, Michel, and one or more of the wide receivers could pay huge dividends.

On another note, if a league mate thinks that this was a fluky game for Marquise Brown with his four catches for 147 yards and two touchdowns, the Ravens rookie wide receiver is a great “buy-high” trade target to acquire, as he has more opportune matchups coming up against Arizona and Kansas City’s soft secondaries in the next two weeks. With no real challenging defenses on the slate until after Baltimore’s Week 8 bye, Brown has a real chance to start the year off hot, much like Calvin Ridley did last year.

A Near Comeback for the Ages

Analysts and casual fans alike argued all offseason over how successful Kliff Kingsbury’s air raid offense could be in the NFL. Disaster loomed early on, as Kyler Murray threw for all of 47 yards and an interception in the first half against the Lions. But Kingsbury and Murray managed to turn things around late, tying the score late in the fourth quarter and ultimately sending the game into overtime. While a tie is never ideal, the bigger story is the adjustments made by the Cardinals offense in the second half and in overtime.

David Johnson was used more in the passing game in the second half, and Larry Fitzgerald proved that he’s still the engine of this offense, even at 36 years of age. He came up with clutch catches to move the chains and finished the game with eight receptions for 113 yards and a score. Murray finished the day with a respectable 308 passing yards, two touchdowns, and one interception while adding 13 yards on the ground on three rushing attempts. While the jury is still out on this Arizona offense, Johnson can be considered a back-end RB1 for the time being given his dominant role in this offense, and Fitzgerald is a somewhat safe WR3 with upside. However, Murray is a just matchup-dependent streaming option at quarterback who should be avoided in the coming weeks against tough Baltimore and Carolina defenses.

A Tale of Two Running Backs

Tom Brady & co. steamrolled past the Steelers in Week 1, putting up 838 yards of total offense en route to a 33-3 win. Just about anyone who started any Patriots player in Week 1 fantasy was likely pleased…outside of Sony Michel owners. Unfortunately, despite Michel’s contributions to New England’s postseason victories last year, Bill Belichick has shown time and again that he’s perfectly comfortable with a committee approach in the backfield. Michel logged just 15 carries for 14 yards and wasn’t used as a receiver at all despite the Patriots playing from ahead for most of the game. James White and Rex Burkhead combined for 12 carries for 70 yards and 15 targets in the passing game. With dynamic weapons at receiver and a three-headed committee at running back, Michel seems destined to be just a boom-or-bust RB2 for fantasy purposes this season, though Week 2 at Miami could definitely be a big bounce-back game.

But on the other side of the field, although James Conner had a fairly quiet night from a fantasy standpoint, Mike Tomlin showed that unlike Belichick, he is perfectly comfortable using a workhorse back. Conner dominated touches in Pittsburgh’s backfield, logging 10 carries and four receptions vs. just two carries and one reception for Jaylen Samuels. The fears of some in the fantasy community that Samuels would take touches away from Conner this year seem unfounded thus far. And fortunately for Conner, he won’t be facing a stifling defense like New England’s Super Bowl caliber unit every week and should still be considered an RB1 in fantasy going forward. And as for those who lamentably started Ben Roethlisberger in Week 1, don’t fret, as he now gets to face a Seahawks defense that just allowed 418 passing yards and two touchdowns to Andy Dalton.