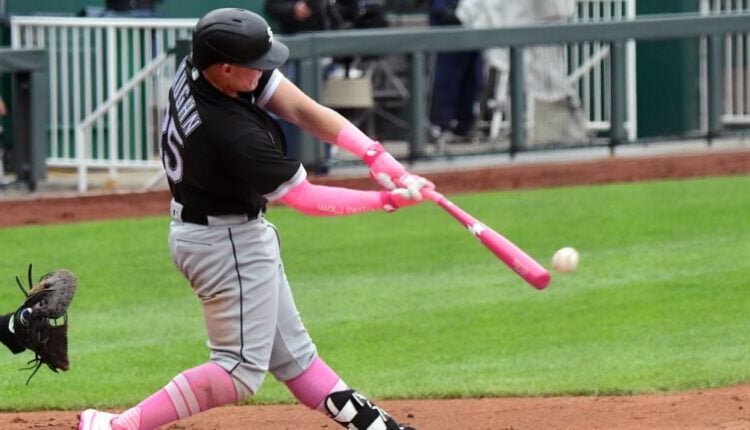 If a fantasy player had to pick one superpower, they would undoubtedly pick the power to predict the future. Each year hundreds of analysts release lists on which hitters they believe will have a breakout season. These articles point to a few specific attributes or underlying statistics each breakout candidate possesses and uses them to justify the breakout. There are several ways to measure success for a batter. Each fantasy league has different settings making the true measurement of success for each league unique. A solid baseline statistic for measuring a hitter’s performance is wRC+. For those of you unsure what wRC+ is, check out this link here! In this article I developed a model to help determine the xwRC+ of a hitter and used it to see which hitters were unlucky in 2021 to identify breakout candidates for 2022!

The Math Behind Finding Breakout Hitters

My first idea to come up with a model to predict the future success of a hitter came during my senior year of college. For my senior capstone project, I focused on the launch angle and exit velocity of a hitter to determine if they under or overperformed their wRC+. I created a model that seemed to have some success, but the R^2 was only about 34%. The main takeaway from that research is that statistics such as launch angle reach 80% stabilization at 180 balls in play. Using walk and strikeout averages, a batter was required to have a minimum of 300 plate appearances to be included.

In order to come up with a model that is predictive, I determined a set of variables that were correlated to wRC+.  My goal was to avoid using counting statistics. These statistics being things such as home runs, doubles, triples, etc. For this math, I thought it was important to focus on the underlying statistics of a hitter because a hitter with more counting statistics is obviously going to have a better season. There is no refuting that, but the idea of this research is not to debate how good a season a particular player had. This research is done to justify whether a hitter deserved to put up those numbers and if they can be relied upon to do that again in future years.

After testing out multiple combinations of variables I was able to come up with a linear regression model that was 60% effective in describing the variation in wRC+ for 2021. The variables used in this model and their P values are as follows:

I wanted the regression variables to be consistent in explaining wRC+. I tested this model on 2019 and 2018 data. 2020 was excluded due to insufficient plate appearances from the shortened season. The inability to reach 300 plate appearances would reduce the stabilization of launch angle and sweet spot % used in the regression. The only variable that was not statistically significant was out of zone swing percentage in 2019. Even with this variable included the R^2 for the regression in 2019 was 58% and the R^2 for 2018 was 52%. Although not quite the 60% reached in 2021, it can be concluded that this model is still able to predict a large portion of the variation in wRC+.

You might be wondering why a 60% is a good correlation. The goal is to use this tool as a predictive model. If 90% of the variation in wRC+ was explained by the model, we would essentially just be computing wRC+. Using these statistics allows us to dig deeper into the true talent level of the player and see if their counting stats are backed up.

Although the results are not as extreme as I hoped, the xwRC+ seems to do a better job at predicting the following season’s wRC+ compared to using the previous year’s data. One thing that is important to note is that the model has no way to account for offseason adjustments made by a hitter. If a hitter changes his approach at the plate and it leads to fewer swings out of the zone and a lower whiff percentage than his xwRC+ would change accordingly. This model can be used to predict which hitters might have been lucky or unlucky but cannot adjust for changes made by the batter.

Beyond the math and the model feel free to reach out to me on twitter @heckman_matt115 if you have any questions about the math or research I conducted. Below I will now discuss three hitters that the model believes were unlucky. These hitters could be primed for a breakout 2022 season!

Andrew Vaughn was the third overall pick by Chicago in 2019 and played in 65 games that season. Despite only reaching High-A, he made the White Sox opening day roster last season. Although the numbers do not jump off the page, Vaughn had a perfectly acceptable season for somebody with such little experience. He posted a 0.235/0.309/0.396 slash line with a 94 wRC+. However, as you can see in the table below, xwRC+ thinks Vaughn was unlucky in 2021. I expect a major breakout season for Vaughn in 2022.

According to Baseball Savant, Vaughn posted an xBA of 0.242 and an xSLG of 0.434. My colleague Chris Clegg has been doing amazing work on why expected stats are not predictive. However, looking at his profile and specifically the categories involved in formulating xwRC+, it is clear to see how unlucky Vaughn was. In 2021, he posted a barrel rate of 10.9%. This ranks 76th out of 311 batters. However, just 15 of Vaughn’s 35 barrels went for home runs. This is only a 42.9% HR/Barrel rate which is well below the league average of 64%. If Vaughn was only league average on his HR/Barrel rate he would have hit 22 home runs. Surely analysts would be valuing him higher if he had 22 home runs last season.

If Vaughn was a 29-year-old player who had the year he did, I would not be as excited. However, Vaughn was a 23-year-old rookie last season. He is still adjusting and learning how to hit big-league pitching. The underlying stats are encouraging for a player that is going to keep getting better. Look for Vaughn to keep learning and take a huge step forward in 2022!

Tellez’s statistics improved in Milwaukee. Across 56 games Tellez hit 0.272/0.333/0.481. This a drastic improvement from his early start to 2021. Throughout the season Rowdy managed to post career bests in whiff percentage and chase rate. He has continued to become a more complete hitter although the results have not always shown. The .300 BABIP he posted with Milwaukee is in line with where it should be based on his profile.

There are no questions about Tellez’s raw power ability. The table below shows Tellez’s percentile rankings for exit velocity.

Despite this elite power, Tellez only hit 11 home runs last year. While I do think a swing change increasing his pull percentage would help, 11 is still incredibly unlucky. Despite posting a strong barrel rate, Tellez only hit home runs on 44% of his barrels. 20% below the league average of 64%. Look for the power and home run total for Tellez to spike in 2022. Justin Dunbar wrote an article a couple of months ago discussing why Tellez is an excellent cheap source of power which you can check out here!

According to our Fantrax Staff First Base rankings, I am by far the highest on Tellez. I think there is a strong chance Milwaukee gives him a chance to play every day. The sky is the limit for Tellez based on ability and I think he continues putting it all together in 2022. His price in drafts is 1B32 which is basically free and well worth a late-round dart throw. He has an excellent chance to breakout in 2022!

Max Kepler is another player xwRC+ believes got extremely unlucky last season. During 2021 Kepler posted a 0.211/0.306/0.314. Last year was one of the worst statistical seasons of Kepler’s career. The fantasy world has clearly taken notice as Kepler is going after pick 280 as OF76 according to NFBC ADP data. You can see in the table below that the model clearly does not agree with the draft data or last season’s results and believes Kepler will have a bounce back 2022!

All three are important factors for the model to determine a batter’s xwRC+. Thus, it is no surprise that the model loves Kepler and thinks he was extremely unlucky last season.

Kepler was not rewarded for his strong barrel rate in 2021. Only 17 of Kepler’s 36 barrels went for a HR. This 47.2% rate is far below the league average of 64%. Kepler posted a 12.8% HR/FB rate last year. This ranks 160/304 batters. There is not a good explanation as to why this rate is as low as it is. During 2021 Kepler ranked 87th on hard hit percentage on fly balls. In addition, he ranked 68th on fly ball pull percentage. Hitting the ball hard and pulling the ball should be the perfect combination for home runs. However, in 2021 the results did not translate, but they should bounce back in 2022.

Not only should Kepler’s homerun rate increase, but he should see his average climb in 2022. Kepler is never going to be a 0.270+ hitter, but the 0.211 he posted last season is unjustified. Kepler worked during last offseason to fix his swing and adjust his launch angle. He lowered this to a very solid 16.3 degrees and increased his sweet spot percentage. In addition, he lowered his pull percentage in order to spray the ball over the entire field. These changes should lead to a higher average, but instead, Kepler posted a .225 BABIP. A BABIP this low should not continue.

Look for Kepler to bounce back to around a .240-.260 hitter in 2022. With the average increasing, Kepler will get on a base at a strong rate. He already had 10 steals last year and that could increase even more. I would not be surprised if Kepler hits .250 with 25HR and 12SB next year making him a huge asset where you can take him in drafts.