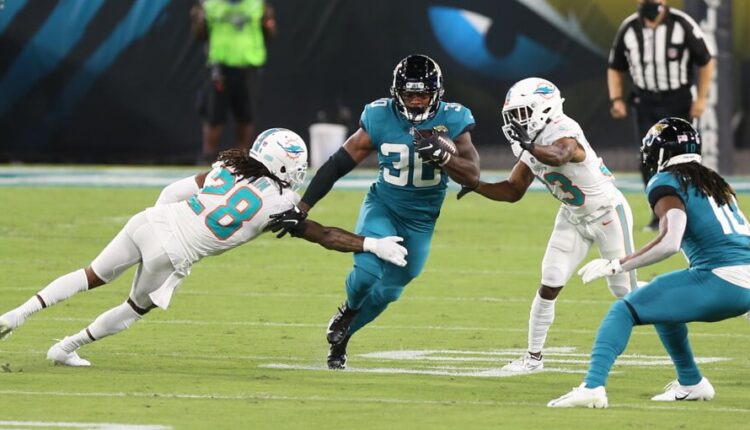 A month ago, I ranked the top 200 players for Superflex leagues. Since then, though, we have had plenty of recent developments; injuries, depth chart updates, and preseason breakouts. As a response to that, I’ve updated the rankings to adjust to the new information we are getting. You can establish analysis and projections on a player at a certain time, but rather than be stubborn with your priors, make sure to consistently be willing to adapt when more information comes. It seems like such a small task, yet it can truly give you an edge in your leagues.

Now that we’ve addressed that, let’s get to the Superflex rankings! We’ve already discussed where the value lies at each position, so, today, let’s shift our focus a bit. What has changed with the rankings at each position? Why is that the case? We’ll dive into that here.

In Superflex leagues, it’s looking like Tua Tagovailoa may be an optimal target as a QB2 at a cheap price. He’s looked much healthier thus far in the preseason and comes with more upside than you’d imagine. Remember everything that was working against him in his rookie season:

A healthier Tagovailoa now has Jaylen Waddle and Will Fuller V added to his receiving corps, will face one of the weaker schedules of opposing defenses, and could also look to throw the ball more down the field; he was quietly efficient (82.3 PFF grade) when throwing 20+ yards down the field. Currently, I’d take him over Trevor Lawrence, especially since I have major reservations over the coaching staff in Jacksonville when it comes to adequate play-calling.

Carson Wentz’s injury makes him a tough sell, while Jameis Winston and Teddy Bridgewater move up slightly after winning their starting quarterback jobs. I’d also note that Ben Roethlisberger finished last season with a more aggressive average depth of the target, and that carried over into his Week 2 preseason game against the Lions. If he continues to push the ball down the field, perhaps he can hold slightly more fantasy value than we’re projecting him to have.

The major change here is obviously the rise of James Robinson, who is now a top-20 running back following the injury to Travis Etienne. I’d be careful going too far with bumping him up your draft boards; he had an unsustainable amount of touches last year and Carlos Hyde will still be a factor in the offense. Still, he’s a very interesting running back at the end of third round/start of fourth round for Superflex leagues.

As Robinson rises, Darrell Henderson falls slightly following the Rams’ acquisition of Sony Michel, who suddenly becomes significantly more interesting than he was as a Patriot. Furthermore, Myles Gaskin is hurt by the Dolphins shifting to slightly more of a committee situation, thinning out the running back class once again.

Rookie running back Michael Carter won’t likely get the workload we were hoping for with the Jets, with Tevin Coleman and Ty Johnson being the ones to benefit. Also, stay away from the Buccaneers and Texans, who want to feature at least three running backs in a fashion that makes none of them intriguing in fantasy football.

Looking later in the draft? Tony Jones Jr. seems to have overtaken the second running back spot over Latavius Murray in New Orleans. Damien Williams is in for some receiving work with the Bears, and Justin Jackson will be the one who gives Austin Ekeler a breather with the Chargers. That being said, consider them players you want on your bench rather than starting right away.

There isn’t a lot of movement early in my superflex rankings, which makes sense; receiver production relies a lot on their skills and less on volume than running backs, so it’s much easier to rank them earlier on in the process.

With Teddy Bridgewater starting at quarterback in Denver, Jerry Jeudy benefits greatly as a tremendous separator who’s suffered mightily from inaccurate quarterback play, while contested-catch specialist Courtland Sutton’s stock is hurt by not having a quarterback who’ll take risks down the field as the rate that Drew Lock would have. Plus, he’s also dealing with injury issues, as is Kenny Golladay; do you really want to invest in the Giants offense anyways?

Corey Davis has run 13 routes with Zach Wilson this preseason. He’s been targeted in 10 of them and is making $12.5 million per year with the Jets. Please draft him. Furthermore, it’s looking like Marvin Jones Sr. is starting to emerge as the top option in Jacksonville, while D.J. Chark Jr. continues to fall in drafts as he’s impacted by injuries.

The two major preseason risers later on? Marquez Callaway and Rondale Moore. Callaway is the premier riser, and I believe it’s completely warranted. Jameis Winston consistently has been able to induce high-end play out of one receiver simply based on entrusting him down the field, and Callaway appears to be the WR1 in New Orleans. It doesn’t hurt that his efficiency numbers were solid when asked to play last year and that he’s been phenomenal with Winston in the preseason, either. Meanwhile, Moore is a second-round rookie who is getting peppered the ball in Arizona. They rely a lot on their horizontal passing game with a lot of screens, making him an ideal fit for their offense. There’s enough depth at wide receiver to wait and address quarterback and running back early in drafts.

Dallas Goedert, it was nice knowing ya! Zach Ertz was ultimately not traded by the Eagles, meaning it’ll once again be a tight end timeshare in Philadelphia. With the tight end class continuing to shrink, I’d do what it took to get one of the top-9 players at the position; Noah Fant could thrive with Teddy Bridgewater, Logan Thomas’ role looks promising, and Tyler Higbee should benefit greatly from the departure of Gerald Everett with the Rams.

Speaking of Everett, he’s now the top late-round tight end to target. Adam Trautman’s role seems to be limited in New Orleans, while he’s also a candidate to land on the injured reserve list. Furthermore, Anthony Firkser isn’t the direct replacement to Jonnu Smith many were hoping he’d be, and Blake Jarwin still hasn’t completely won the starting job in Dallas. Everett, though, has familiarity from Los Angeles with new offensive coordinator Shane Waldron, is the third option a passing offense quarterbacked by Russell Wilson and is simply a menace after the catch. Target him, please.

I’d also add that second-round rookie Pat Freiermuth might earn playing time in Pittsburgh over Eric Ebron quicker than expected. That being said, I wouldn’t recommend drafting more than two tight ends; there’s not enough pay-off when you can be gaining more depth at other positions. Thus, this news may impact dynasty leagues more than anything else.

Like these Superflex Rankings? For more Rankings and Analysis please check out our full 2021 Fantasy Football Draft Kit.

Fantasy Baseball: Hitters To Start/Sit Down The Stretch