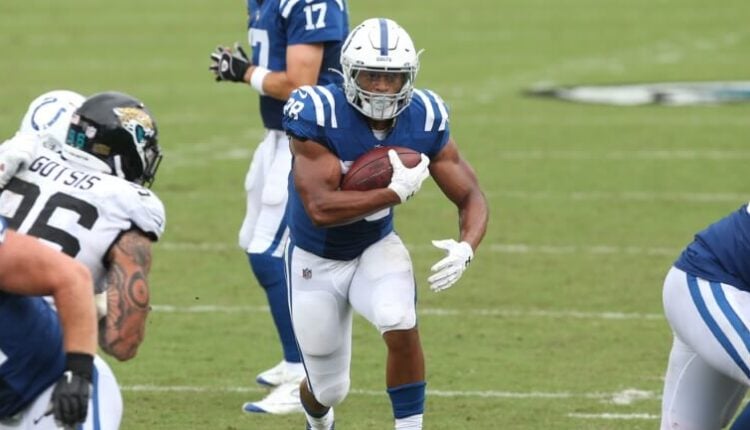 We are deep into the heart of draft season, which means it is time to update my fantasy football rankings! My rankings are designed to be a one-stop-shop for fantasy players. I have ranked over 300 Flex options below, so hopefully, those in deeper formats can pluck a few gems towards the end of their drafts. And yes, I included kickers and team defenses. Ignore those two positions if you wish, but know that I judge you for doing so. You can toggle between standard, PPR, and half-PPR scoring. There is even a SuperFlex option for the bold among us who enjoy that format.

Please note that these rankings will not be set in stone over the next two weeks, although my hope is that not much will change between now and the start of the regular season. Also, I submitted these before this weekend’s games, so no, Deon Jackson and Kenny Yeboah are not included. My rankings are deep, but not that deep. I will post some quick notes on why I am higher or lower than consensus on certain players at each position for a little added context. That should explain a bit of the method behind my madness. So let’s get to it!

The biggest difference between my rank and consensus at the quarterback position is Derek Carr. It’s not that I love Carr by any means. But the man has been a solid fantasy quarterback for quite a while now. He has been a top-15 fantasy quarterback in five of the last six seasons. The only time in that span that he failed to do so resulted in a QB17 finish. So I don’t think it’s crazy to believe he can be a top-20 quarterback this season.

Yes, I am the killjoy who has Justin Fields and Trey Lance ranked outside the top 25 at quarterback. I just do not expect either rookie to become his team’s starter until later in the year. If I expect them to play, say, 10 games, then their year-end totals will likely fall short of the quarterbacks I have listed in the 20-25 range who will play 17 games. However, once Fields and/or Lance do take over, I will rank them way ahead of players like Sam Darnold and Jared Goff on a week-to-week basis. I have both Andy Dalton and Jimmy Garoppolo outside my top 35, so I believe it is only a matter of time before the young guns take over in both situations.

I bumped Jonathan Taylor back into my top five at running back with the expectation that quarterback Carson Wentz could be under center for Week 1. There are a couple of injuries and Covid concerns along the Colts’ offensive line, but I expect those to work themselves out. If you are looking for a floor play in the middle rounds, consider Jamaal Williams. Williams averaged over 10 touches per game in four seasons in Green Bay and should spell D’Andre Swift in Detroit. Considering Swift is less than 100 percent physically heading into Week 1, Williams could get a fair amount of run early in the season. Other running backs I am higher than most on include Sony Michel, Tevin Coleman, and Malcolm Brown. All should be involved in backfields that feature multiple options at running back.

Melvin Gordon is a running back I am willing to fade as things currently stand. He is a solid selection in touchdown leagues, but I believe he will play second fiddle to incoming rookie Javonte Williams. I may be too low on Trey Sermon in San Francisco, and I am certainly not opposed to drafting him. However, I still think Raheem Mostert gets most of the work there. Latavius Murray has been ineffective this summer and could be on the roster bubble in New Orleans. We may very well see Tony Jones Jr. emerge as Alvin Kamara’s primary backup. The Saints canceled this week’s preseason game due to the impending hurricane, so we will have to read the tea leaves to see how Sean Payton addressing his running back room between now and the upcoming cut deadline.

Give me all of the D.J. Moore this season. Sure, the Panthers just extended Robby Anderson, and Terrace Marshall has looked great this summer. But Moore is an absolute stud and should be treated as such. He has averaged nearly 80 receiving yards per game over the last two years and is still just 24 years old. Moore may also see some positive touchdown regression after totaling just 10 scores over his first three NFL seasons. I like Tyler Boyd in general, but especially in PPR formats. Boyd had 69 catches in just 10 games playing alongside Joe Burrow. The presence of Ja’Marr Chase is not going to affect Boyd as much as people seem to think. I mentioned this in our draft recap the other day, but I expect Jakobi Meyers to repeat as New England’s top receiver. He may even catch a touchdown pass or two this year.

I am a bit lower on Juju-Smith Schuster than most seem to be. The talent is certainly there. I just wonder if the opportunities will be, at least compared to recent years. Ben Roethlisberger has averaged over 40 attempts per game dating back to 2018. But Pittsburgh did not draft Najee Harris to sit around while their 39-year-old quarterback chucks the ball all over the yard. Corey Davis has gotten a lot of hype this preseason based on his apparent chemistry with rookie quarterback Zach Wilson. But fellow freshman Elijah Moore has been out, which has enabled Wilson to lock in on Davis. I expect the workload to be divvied up more once the season starts. Besides, as a beaten and battered Jets fan, I refuse to believe that my beloved Gang Green could potentially house what resembles an actual NFL offense.

I have Jared Cook and Austin Hooper a bit higher in my rankings than the consensus at tight end. Cook could be a nice safety valve for Justin Herbert in the Chargers offense. Browns head coach Kevin Stefanski has reportedly decided to expand Hooper’s role in the passing game this season. There are only so many passes to go around with Cleveland, as they feature one of the league’s most prolific running games. I would not reach for him per se, but I think he is a solid value. My favorite value at the position is C.J. Uzomah. He had eight catches on 11 targets in two games last year before succumbing to an Achilles injury. I would not advise drafting Uzomah unless you are in a Best Ball format or tight-end premium league, but he could be useful in those formats.

There aren’t any tight ends I’m completely out on, at least in more traditional league settings. I have Noah Fant ranked lower than many, but that is not a knock against the former Iowa Hawkeye. I just happen to like Logan Thomas more, and also prefer Robert Tonyan in standard formats. Jack Doyle is a player I cannot recommend even in deep leagues. He has name value based on his contributions in the past, but he is stepping into a different role this season. The Colts figure to use Doyle as more of a blocking tight end than in the passing game. Mo Alie-Cox and buzzworthy rookie Kylen Granson should be used more as receivers than Doyle. I may very easily flip-flop Doyle and Granson in my rankings between now and Week 1.

Jason Myers made all 24 of his field goal attempts a season ago. 2021 could be the year Seattle finally opens up their offense a bit, which may result in more chances for the seventh-year pro. Mason Crosby was going a bit overlooked because of the Aaron Rodgers drama during the offseason. Now that the MVP is back in the fold, Crosby should benefit from a prolific Packers offense. Crosby was also successful on all of his field goals last year. Matt Gay will kick for a Rams offense that should be improved after upgrading from Jared Goff to Matthew Stafford at quarterback. Nothing against Younghoe Koo, Jason Sanders, and Rodrigo Blankenship. I just don’t trust them to finish as high as they did last season.

I will rarely draft a defense before the last two rounds, so please do not go out of your way to reach for any of these units. But I do believe Tampa Bay has the best defense this season. I also expect the 49ers, Bills, and Packers to be among the leading defenses in forced turnovers and fantasy points this year. Seattle and Arizona should be improved, but I consider both to be in the weekly streaming conversation as opposed to defenses you need to draft. The Washington Football Team boasts the league’s best defensive line, but I think they are a bit overvalued for fantasy purposes. I feel the same way about Baltimore and New England. I would not mind leaving my draft with any of those three teams, but I wouldn’t reach for any of them either.