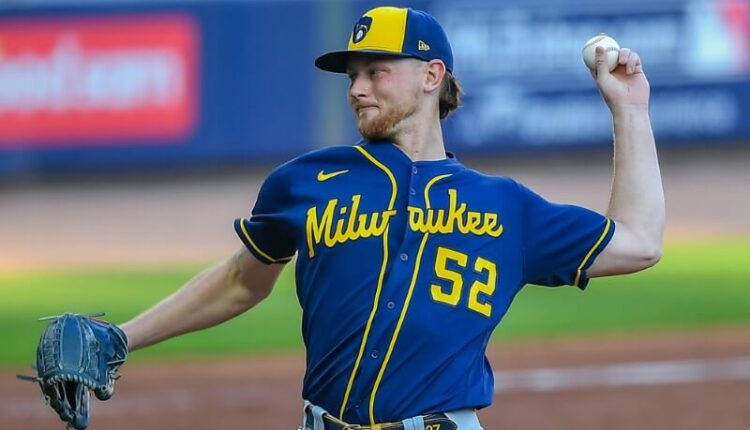 Here are the two-start pitchers for Week 9 (5/30-6/5) in fantasy baseball. Over the weekend, many games were rained out which led to several doubleheaders and postponements. Obviously, this had a huge effect on pitching rotations. So it’s going to be super important this week that you consistently monitor the probable starting pitchers grid here at Fangraphs. Let’s take a look at the two-start pitchers for Week 9!

Framber Valdez has six consecutive quality starts going into his two-start week on the road against the Oakland Athletics (19th in wRC+) and Kansas City Royals (22nd in wRC+). His 30.4 hard-hit percentage (89th percentile) and 1.9 barrel percentage (97th percentile) both demonstrate that he is doing a great job limiting hard contact. On the season, he has a 3.34 SIERA but do not expect many strikeouts. He has only a 19.0 strikeout percentage. With the Astros having another great offensive year, he has a great chance to get you two wins for the week.

Jordan Montgomery has done a marvelous job staying away from hard contact and not walking hitters across his first 46.1 innings. The Yankees lefty has a 3.70 SIERA but his expected stats suggest regression is coming as he has a .270 xBA (29th percentile) against him. The Los Angeles Angels will be a tough matchup but he should cruise against the Detroit Tigers.

Kyle Wright currently ranks 17th in baseball with a 20.0 K-BB%. In 53.2 innings this year, Wright has a career-high 28.4 K% with a 3.17 SIERA. The 26-year-old from Vanderbilt has two road matchups next week as he plays the Arizona Diamondbacks and the Colorado Rockies. The Diamondbacks are awful and obviously, Coors is always risky, but he’s been great so far this season so I’m not worried.

George Kirby hasn’t been able to find the magic in his last two outings as he did in his first two starts. The 24-year-old rookie has given up nine earned runs over his last two starts. On the bright side, he has walked only 2.4% of batters. Kirby does have two favorable matchups next week but I would only start him if you are in a 15-team league or deeper.

Zach Plesac has two outstanding matchups next week as he takes on the Kansas City Royals at home and the Baltimore Orioles in the newly fortified Camden Yards. However, he is still a sit for me because of his 6.26 xERA and his inability to get strikeouts. Don’t give in to temptation. Sit him.

And What A Week It Was… MLB Bullpen Depth Charts