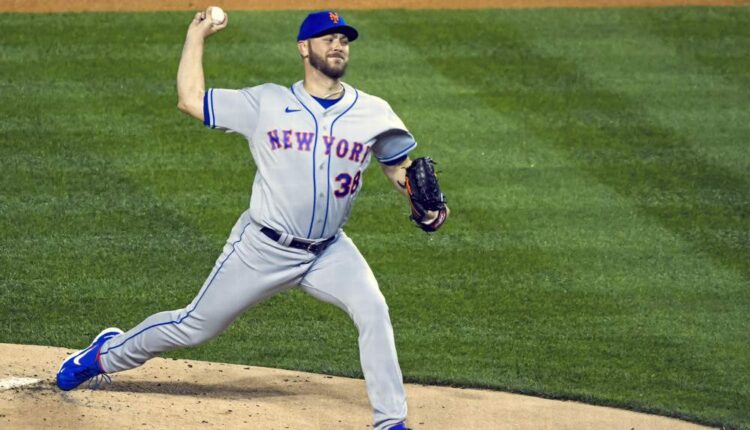 Here are the two-start pitchers for Week 6 (5/9-5/15) in fantasy baseball. Although we are seeing a slight uptick in offense, overall, runs scored are still down thus keeping streaming a good option. This article was mostly produced on Saturday (5/7) before the week starts so make sure to double-check teams’ rotations before you make any moves.  Let’s take a look at the two-start pitchers for Week 6!

Questionable: Only start these pitchers if you are in a very deep league, desperate for counting stats, or feeling lucky.

Brandon Woodruff seems to be returning back to All-Star form. This week against the Reds, Woodruff tied his career-high of 12 strikeouts in just 5 2/3 innings. Yes, I know the Reds are awful but his stuff was electric and he produced a 36 percent whiff rate. This week he faces the Reds again and the struggling Miami Marlins.

Tarik Skubal appears to have taken the next step as a fantasy pitcher. This week against the Houston Astros, Skubal became the first Tigers starter with at least nine strikeouts and zero walks in an outing since 2019. The 25-year-old boasts an incredible 2.7 BB% with a solid 26.1 K%. His 3.04 ERA is backed up by his 2.99 xERA. He credits his improved slider for his most recent success. This week he has two great matchups against the Athletics and the Orioles.

Luis Castillo will make his 2022 debut this week. The Reds’ ace pitched 187.2 innings last year with a 3.98 ERA and 192 strikeouts. Castillo is historically a slow starter but he looked great in his final minor league rehab start. Castillo pitched a shutout over 4 1/3 innings while striking out seven batters and only walking one. He will face the Brewers at home and then the lowly Pirates on the road.

Tony Gonsolin is 2-0 with a 1.64 ERA and 18 strikeouts in 22 innings pitched. Gonsolin is limiting hard contact at an elite rate. From an arsenal standpoint, Gonsolin is more balanced as he is throwing his 4-seam fastball less and is throwing his slider and split-finger more. Regression will come as he has a 2.57 xERA but this week he should be able to cruise against the Phillies and Pirates.

Brad Keller has posted four quality starts in his last five outings. For the season, Keller has a 1.74 ERA and a 0.84 WHIP.  Keller’s biggest drawback is his underwhelming 16.5 K%, so do not expect many strikeouts. Wins are going to be tough to come by as well but he should be able to improve your ratios this week.

Jameson Taillon has been outstanding in his five starts this year but regression is coming soon. Taillon is 2-1 with a 2.84 ERA but he has a career-high 85.3 LOB%. Taillon is also posting a career-low 1.9 BB% which is not sustainable. This week he faces the super-charged Blue Jays offense along with the underperforming Chicago White Sox. Tread lightly with Taillon.