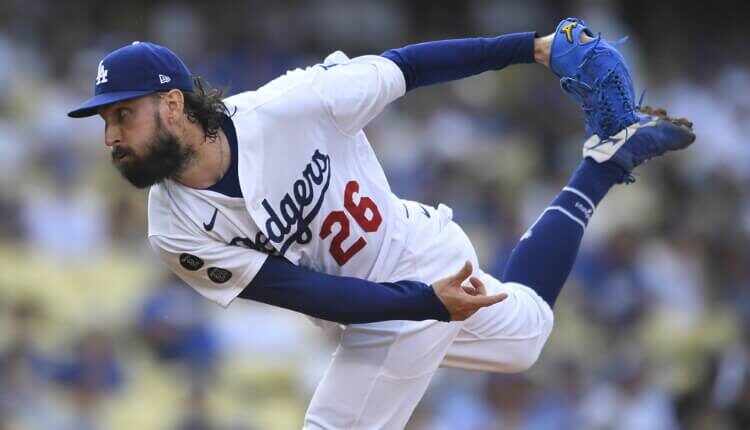 Welcome back! Hope you enjoyed the All-Star break. Now it’s time to buckle down and win your fantasy baseball league. No matter if you’re sitting atop the standings or if you’re in the cellar. As the great Kevin Garnett once said “Anything’s possible!” Pitching rotations are going to be very messy for the next week so it is imperative you check the Fangraphs Starting Pitchers Grid thoroughly before you make any moves. Here are the two-start pitchers for Week 16 (7/25-7/31).

Max Fried is 10-3 with a 2.95 xERA with 109 strikeouts in 119.1 innings pitched. Fried has done a great job limiting hard contact and not walking batters. Fried has 14 quality starts thus making him tied with Shane McClanahan, Yu Darvish, Joe Musgrove, and Corbin Burnes for the third most overall in baseball. Next week Fried travels to Philadelphia to face the Phillies (112 wRC+) and then goes home to take on the Arizona Diamondbacks (93 wRC+).

Pablo Lopez is starting to enter uncharted territory as he has never pitched more than 111 innings in a single season. He’s currently sitting at 109 innings this season, so, after his next start, he will enter the great unknown. Can Lopez hold up for a full season? We will see. Currently, Lopez has a 3.14 ERA, and a 1.09 WHIP, with 107 strikeouts across 109 innings. His 3.84 xERA and 3.72 SIERA suggest a little bit of regression is coming but nothing too drastic. Next week Lopez faces the Cincinnati Reds (86 wRC+) at the Great American Ball Park and then he goes home to take on the New York Mets (111 wRC+).

Jose Berrios appears to be back on track after a horrible start to the season. Over his last 23.1 innings, Berrios has a 3.09 ERA and a 1.24 WHIP with 29 strikeouts and only four walks. Next week he has two home matchups. He faces the St. Louis Cardinals (105 wRC+) and the Detroit Tigers (68 wRC+).

Nick Lodolo, the Cincinnati Reds’ number two prospect, is the classic upside play for next week. Lodolo boasts great strikeout numbers but he has a 5.81 ERA and a 1.78 WHIP. Right now he is best suited for points leagues. However, if you’re feeling lucky, his 29.0 K% mixed with his 3.40 SIERA suggests he could have a break-out second half. The 24-year-old lefty stays home for two solid matchups against the Miami Marlins (76 wRC+) and the Baltimore Orioles (93 wRC+).

Noah Syndergaard is 5-2 with a 4.29 xERA with 58 strikeouts over 74.1 innings. Thor has a 6.4 BB% which ranks in the 71st percentile in baseball. Even so, he is not the “Thor” we knew back in New York. Next week he faces the Oakland Athletics (72 wRC+) and the Seattle Mariners (107 wRC+). He’s only had three starts where he gave up more than four runs so I could understand starting him if you aren’t overly worried about your ratios.