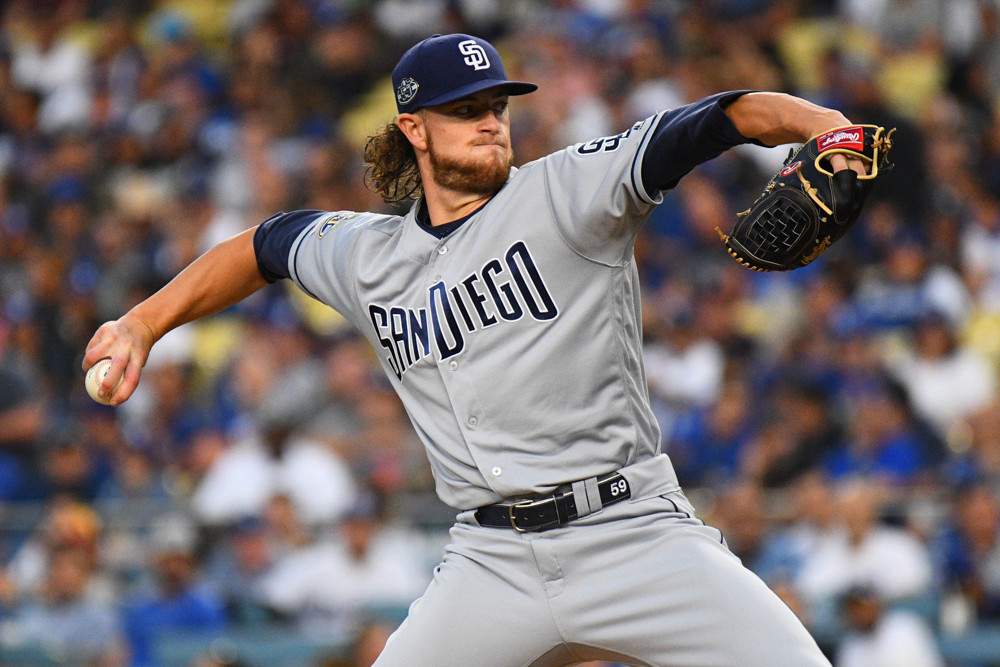 As our understanding of the game has evolved and our ability to track pitches has improved, we’ve been able to better quantify plate discipline. Simply a catchall phrase for a batter’s swing decisions, it quickly caught on in fantasy circles. Pitchers who can generate an extreme number of swings on pitches out of the zone were typically extremely successful while forcing called strikes and whiffs within the zone became a skill we looked for prior to breakouts. Overall, plate discipline is an extremely powerful tool, however, I wanted to see if I could understand it even better.

My main goal was to see if I could quantify the exact influence of a given hitter or pitcher on the given swing decisions. Cavan Biggio has already generated a reputation of being an extremely passive hitter. For a pitcher who faces him and gets him to chase, there should be extra credit provided to that interaction. However, at the same time getting a called strike against him should not be given as much credit as typically is with traditional plate discipline figures.

The first step in this process was to generate “Expected Results,” for plate discipline. This is simply given a pitch in this location how frequently do we expect a hitter to swing or whiff. To do this I took every pitch throw in the Statcast era (since 2015), cleaned the data up and organized it based on pitch grouping (Fastball, Breaking, Offspeed) and count. A curveball in a 2-0 count will have a different hitter response than one in an 0-2 count. Then using the location data provided by Statcast, I fit a generalized additive model (GAM) for each of my different pitch types/count groupings. This provided me with an expected swing rate for every single pitch in my sample. During the cleaning process, some pitches were dropped due to a lack of Statcast information or other different reasons. Thus if any rates cited seem a bit off from publically available metrics it is due to the pitch sampling I used.

A couple of interesting things came out of this. The pitcher seasons with the highest expected out of zone swing rates (min 300 OOZ pitches) were Chris Paddack and Michael Pineda. This means that they both threw pitches that based on location generated a high amount of swings. This likely means they tended to attack the edges of the zone or got themselves into favorable counts for chasing. The in-zone rates are a bit different. Obviously fewer swings in-zone are better as it leads to more expected called strikes. The best pitcher seasons in the non-knuckleballer division were 2018 Brad Ziegler and 2017 Dallas Keuchel. Both make sense as their extreme sinkerballing ways likely lead to more in-zone takes at pitches low in the zone. Both had expected swing rates within the zone below 60%.

I also went through the same process looking at swing and miss rates and was able to generate an expected whiff rate based on pitch location. Based on this measure, Masahiro Tanaka comes out on top with both 2018 and 2019 coming it at over 14%. This was one of the biggest keys to me that there is something more to this. Tanaka throws his pitches in elite locations but the elite whiff rate was not present in both seasons. In 2018, Tanaka’s whiff rate was also around 14% but in 2019 it dropped to under 11%. If he was locating just as well why did the rate drop? Was Tanaka fully responsible for this drop or are the hitters partially responsible?

After my first step and the question posed by Tanaka, I decided I needed to dive deeper into this. I needed to find a way to extract the direct influence of the pitcher and hitter on plate discipline. This led me to a random-effects model. The overall idea of the model is not extremely important but it has been used in various places throughout baseball mainly in catcher framing. It allows us to isolate the impact of the pitcher by controlling for the hitter faced. A Javy Baez swing is much different than a Cavan Biggio one.

Without going into too much detail, I can take the expected probability of the action based on the numbers generated for step one, put it into the model, and then it will spit out influence values for every hitter and pitcher in my sample. These numbers, when used in conjunction with the expected rates, will help to breakdown how a given pitcher gets to his various plate discipline metrics. For example, Chris  Paddack and Emilio Pagan have similar out of zone swing rates. Paddack achieved his strong results based on his incredible ability to locate, while Pagan had a much lower expected swing rate and a massive influence. Based on location and hitters faced Pagan generated 5% more swings than expected.

This was repeated for each of the three groupings I predicted above, Out of Zone, In-Zone, and Whiffs. Overall, it helps me to get a better picture of exactly how each pitcher achieved their different plate discipline metrics.

Why Does This Matter?

Overall, this is a fantasy site and the main purpose of any article is to show how examining plate discipline can be helpful for the fantasy owner. While I am just scratching the surface on these plate discipline metrics I believe I have created two simple and easy to understand metrics that provide a ton of value. The first one is what I will call Command for now. For each of the three different scenarios, I determined how much greater, based on a percentage, than the sample average rate a given pitcher was in their expected rates. So for example, the sample Whiff average was 10.4% since Tanaka was at 14.2% in 2019, his value there would have been 1.37. Then I repeated that across the three scenarios and summed the values. I consider this Command because it takes skill to locate pitches in zones that generate positive results. The top of the leaderboard (min 2000 total pitches) includes some familiar and expected names, Tanaka, Pineda, Kyle Hendricks, and a surprise one in Kevin Gausman who appears twice among the top 10. Another favorite pitcher of mine, Kyle Gibson, is a repeat member as well.

Command is sticky year over year, with a correlation of 0.72. For fantasy purposes, the biggest thing is if a metric strongly correlates with ERA, K%, or BB%. Sadly, my command is not extremely strongly correlated with any of the three. It has a slight correlation with BB and K but nothing significant enough to report. However, when looking at the biggest command risers year over year since 2015 a few interesting names pop out.

Above are the 10 largest year-over-year command changes and the year in which their command improved. Sale took a step toward being the best pitcher in baseball in 2017 and it seems a big part of his jump could have been due to improved command. German had a breakout 2019 before being suspended for Domestic Violence.  Many of the others on this list had the best years of their careers coinciding with massive jumps in their command.

While the correlations are not strong with command, there appears to be a relationship between them and my Stuff metric. Stuff is simply the total sum of all of the influence metrics developed by the random-effects models. For in-zone rates I reversed the sign as influencing lower swing rates within the zone is generally viewed as a positive thing. This plate discipline metric is also fairly sticky with a correlation of 0.68 with itself. However, it does have an extremely strong correlation with K% (0.57) and a slightly strong one with ERA (-0.39). Similarly to the command metric, breakouts seem to follow massive positive changes.

Once again big breakout seasons seem to be coinciding with the biggest season over season gains in Stuff. Now, better results could a function of the “Stuff” improvement or it can also show up as a massive stuff improvement due to better results. A deeper dive into these individual seasons is likely needed and is a project I plan to work on. However, on the surface, it is pretty obvious that these two plate discipline metrics tell different interesting stories. The top Stuff seasons are typically had by relievers but limiting the sample to 2000 pitches shows a number of different interesting names. Jake Arrieta finds himself atop the leaderboard, along with multiple seasons from Sale and strangely enough Hendricks. Yu Darvish and Stephen Strasburg both make the list on the strength of their 2019 seasons as well.

Overall, I think that these two metrics are examples of what we can build using the plate discipline components data. This information is extremely powerful in telling the full story of why a pitcher is successful. Going forward I plan to do more experimenting with the stuff and command metrics possibly including a weighting system for each of the underlying pieces. Different components like the impact and expectation for out of zone swing rate could have a much stronger correlation with BB%. I also think that there is significant value in identifying standouts in one aspect of plate discipline that could lead to a massive jump in performance. With this idea of breakouts in mind, I will delve a bit deeper into the 2019 season using command and stuff to try to find breakout arms for 2020.