Twitter on Fire: Taking the Fans’ Pulse before CFF Kick Off 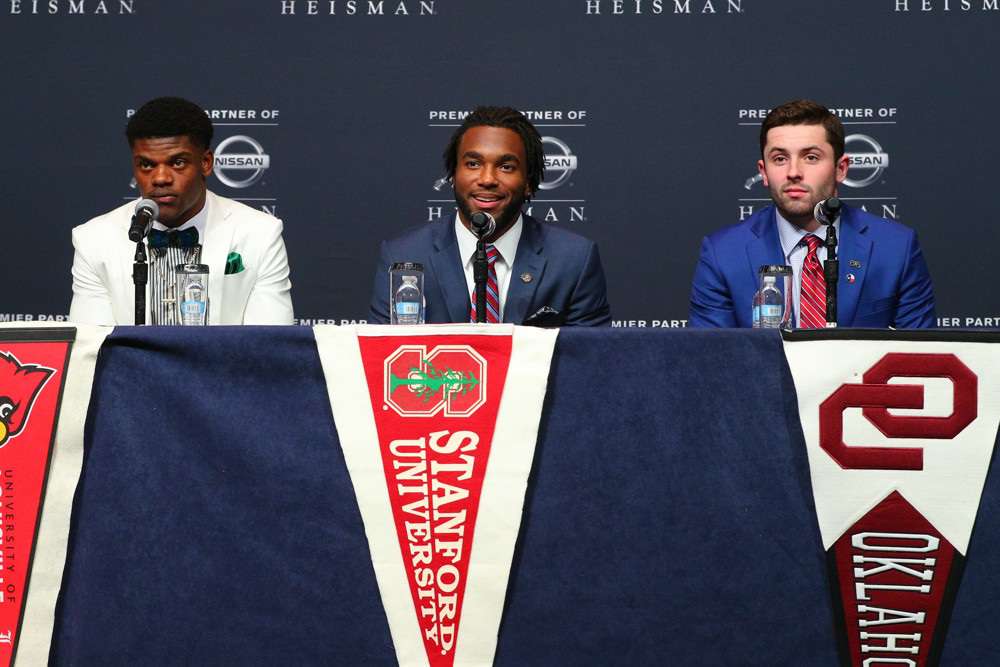 In preparation for this year’s draft, I wrote 12 burning questions and polled Twitter fans for different viewpoints. It is not a scientific poll, but the results provide a small window into the collective hive of CFF Diehards. I recorded the results to share with all of the readers on Fantrax.com. Enjoy!

Also, be sure to tune into the weekly “CFF: On Campus” Podcast featuring Myself, Justin Heisey (@JustinHeisey), and Scott Bogman (@bogmansports) on Soundcloud or iTunes.

1. Who are you targeting in the mid-rounds of CFF Drafts at quarterback?

2. Who are you targeting in the mid-rounds of CFF Drafts at running back?

3. Who are you targeting in the mid-rounds of CFF Drafts at wide receiver?

4. Who are you targeting in the mid-rounds of CFF Drafts at tight end?

5. Before training camps open across the nation, who is your Heisman favorite?

6. Identify the Group 5 quarterback to target in CFF Drafts this summer:

7. Identify the Power 5 quarterback you would like to stand atop your CFF roster in 2018:

Will Grier had 31 big-time throws last season, before missing time with injury pic.twitter.com/JTpJ3mOTse

8. Examining the CFF landscape of Power 5 running backs, who would you target in drafts as a second ball carrier on your roster?

9. In a CFF Dynasty league, who is your favorite freshmen signal caller to acquire in drafts?

10. In a CFF Dynasty league, who is your favorite freshmen running back to acquire in drafts?

11. In 2-QB CFF leagues, it is imperative to acquire depth at the quarterback position. Who are you interested in drafting as your third or fourth signal caller?

12. In CFF drafts, there are always under-the-radar running backs available. Who are you targeting after the eighth round of drafts?

Ready to add College Fantasy Football to your game? Head on over to Fantrax and start or join a league today.