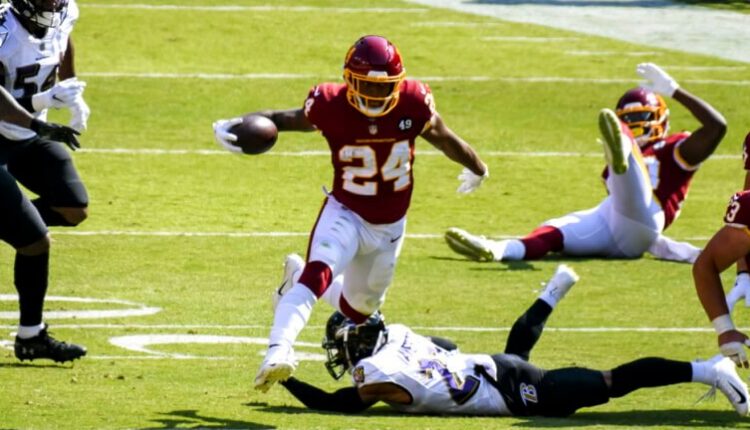 As great as fantasy football is, we are often victims of randomness and variance when it comes to our rosters. Based on the draft position and how other managers act and react throughout the draft, we may miss out on multiple players who we are high on. So how can we invest in players we like every week? By taking player props, of course! NFL player props give us a chance to root for even more players. I will be highlighting some of my favorite player props here every week based on trends and matchups.

If you are new to playing props, you should keep a few things in mind. First, I always advise price shopping if possible. You will often find massive differences in props and lines on different sportsbooks. These edges can make or break your week. Many of these lines will also shift as we get closer to kickoff on Sunday. If you like a line on a player, you should jump on it sooner rather than later. Most money will come in on Saturday night and Sunday morning, and lines will move accordingly. It is frustrating to see a line shift from -110 to -130 just when you go to click that “Submit” button. When that happens, you are essentially paying an extra 20 cents to the dollar to lock in that prop. The early bird usually gets the worm.

Below are some of my favorite player props for Week 2. Some of these recommendations can also be applied to DFS as well under the right conditions. Please tail responsibly and let me know some of the props you are looking at this week! I may also post additional props before Sunday’s kickoff, so follow me on Twitter to stay in the loop.

Antonio Gibson has a great matchup with Detroit this week no matter how you slice it. The Lions just ceded 126 rushing yards and three touchdowns to Eagles running backs in Week 1. They also allowed the fourth-most rushing yards to opposing running backs last season. In addition, Gibson is versatile enough to where he can do damage out of the backfield in the receiving game as well. He caught seven passes for 72 yards just last week. I was tempted to take his total scrimmage yards based on his versatility. And to be honest, I went back and forth on how I wanted to play this. So let me go over some of my thought-making processes.

FanDuel has the lowest receiving total for Gibson. They list Gibson at -122 to go over 19.5 receiving yards. That seems like a decent bet as well based on his usage and skillset. However, here is where the books try to trip people up. They will intentionally set scrimmage yards higher than the sum of a player’s rushing and receiving yards. Of the books I have seen, PointsBet has the lowest total on Gibson’s scrimmage yards, at 80.5. However, they list Gibson’s rushing total at 55.5 and his receiving line at 20.5. They are essentially adding a five-yard tax on his total scrimmage yards relative to his rushing and receiving props. Detroit allowed the fewest receptions to opposing running backs last season. And Eagles backs accounted for just 21 receiving yards last week against them. So I think the rushing line makes a bit more sense in this instance.

Gibson’s straight rushing line hovers between 55 and 60 yards depending on the book. For example, you can lay -110 on Bet365 for Gibson to go over 57.5 yards. You can also get him to eclipse 55.5 rushing yards on PointsBet at -130. If you want to stick with a straight rushing total, the debate then becomes whether to go with the Bet365 line or the PointsBet line. In my opinion, it is better to take the lower yardage amount if the amount wagered is relatively close. Sure, if Gibson clears 55.5, he will probably clear 57.5 as well. But you avoid kicking yourself if he lands on exactly 56 or 57. And trust me – this scenario happens more than you would think. For me, the decision then becomes whether I want to lay -160 for Gibson to go over 49.5 yards or -130 for over 55.5 yards.

There is some personal preference and game theory involved here, but I am choosing to go with the 49.5-yard line at -160. I am paying roughly 23 percent more (-160 versus -130) for the six-yard cushion. Again, I don’t want to be left holding the bag if Gibson finishes with somewhere between 50 and 55 rushing yards. You can find another line to parlay this with if you wanted to reduce the risk relative to the potential gain. For example, if you think Denver and/or Green Bay are due for a bounce-back victory this week, you can pair one of them and bring this line closer to even money. There are also a number of “safe” player props you can pair this with. For now, though, I am willing to pay the extra juice to lock in Gibson at over 49.5 rushing yards by itself.

I know what you are thinking. And the answer is no, I am not only going to highlight heavily juiced props going forward. But this one seems too safe for me to ignore. The arrow on Mike Gesicki seems to be pointing down these days. Miami has several playmakers in the passing game, including Tyreek Hill, Jaylen Waddle, and Chase Edmonds. And Miami’s offensive system requires their tight ends to stay in and block quite a bit. Quarterback Tua Tagovailoa targeted Gesicki just once on 33 passes in Week 1. Gesicki was in on just 42 percent of snaps last week and ran a route on just 43 percent of those. I just do not expect Gesicki to be a factor in this game as a receiving threat. I think he has an uphill climb to get to three receptions.

So, about that juice… a -185 line means you would have to risk $185 to win $100. (Or $18.50 to win $10 – we don’t unit shame here.) Many people do not want to risk that amount compared to the potential payoff. I can certainly understand that. If you are among this crowd, you may want to parlay this pick with another one to reduce the risk. Of course, the rub is that you would have to hit both picks, which could be tricky. A popular play is the Same Game Parlay or SGP for short. If you want to involve the under on Gesicki’s receptions in an SGP, here are some I would suggest:

Please note that I am NOT advising playing all of these, but I do think they are all viable options. I try to avoid having too much exposure to one player due to the injury risk involved in football. In the interest of full disclosure, I played the Mark Andrews SGP option. Andrews has had at least four receptions in 22 of his last 24 regular season games, including 11 straight. He had five catches on seven targets in a game Baltimore dominated last week. This game figures to be much closer, so if anything, I would expect Andrews to be more involved. Miami allowed five receptions on seven targets to Patriots tight ends a week ago.

If you do not want to go the parlay route and are all-in on fading Gesicki, Barstool lists Gesicki at +155 to go under 1.5 receptions. That is an intriguing payoff relative to his lines elsewhere. Again, it is all about finding the right prop at the right price.

Davante Adams to Score a Touchdown (-130 at Caesar’s)

This is another great example of the advantages we can get by shopping these lines on different sportsbooks. This prop is cut and dried. Either Davante Adams scores a touchdown or he doesn’t. This is not a subjective total like yardage where we can try to manipulate the numbers. And yet FanDuel has this line at -200, and all other sportsbooks that I have seen are at -150 or higher. Meanwhile, it’s -130 at Caesar’s. You would pay 54 percent more for the same return on FanDuel than you would at Caesar’s for this prop. They say a penny saved is a penny earned. And you can save quite a few pennies by doing some research and finding more advantageous lines to choose from.

OK, onto the prop itself. Davante Adams is pretty good at this whole football thing, in case you haven’t heard. For those who expected Adams to hit a speed bump without Aaron Rodgers, think again. He and Derek Carr wasted no time reliving their old college days together at Fresno State. Carr targeted Adams on 17 of his 37 pass attempts. That is bananas. Certainly, Adams’ reception and yardage totals are also in play based on that type of usage. However, I think that Adams is a solid bet to score on Sunday against the Arizona Cardinals. This is easily one of my favorite Week 2 player props.

Arizona served up the most receiving touchdowns to opposing wideouts last season with 27. No other team surrendered more than 23 such scores. And this season has not gotten off to a great start for the Cardinals. They gave up five passing touchdowns to Patrick Mahomes last Sunday. Though on the bright side, only one of the five was caught by a wide receiver. Progress! In all seriousness, Arizona’s pass defense leaves plenty to be desired. And Adams is talented enough to overcome even the toughest of matchups. I also think a couple of narratives are in play that can lead to Adams finding paydirt on Sunday.

First, this will be Adams’ first home game in his new digs in Sin City. What better way to introduce their star acquisition to the home crowd than to feed him near the goal line? Also, Adams shelled out half a million dollars for a suite for his family members to attend this game. While that may not have the exact effect on his bank account that it would on yours or mine, we’re still talking about half a million dollars. And his grandparents will be seeing him play in person in an NFL game for the very first time. I would guess that he is not going through this much trouble to have his family there for him to be a decoy. I believe Carr and the Raiders will make a concerted effort to ensure that Adams scores in his home debut in front of friends and family.

Fantrax was one of the fastest-growing fantasy sites over the last few years, and we’re not stopping now. We are the most customizable, easy-to-use, and feature-rich platform in the industry, offering the greatest fantasy experience for your dynasty, keeper, redraft, and best ball leagues. Fantasy sports doesn’t sleep, and neither does Fantrax, with seasons running 365 days a year. Take your fantasy leagues to the next level now at Fantrax.com!
NFL PLayer Props
Share