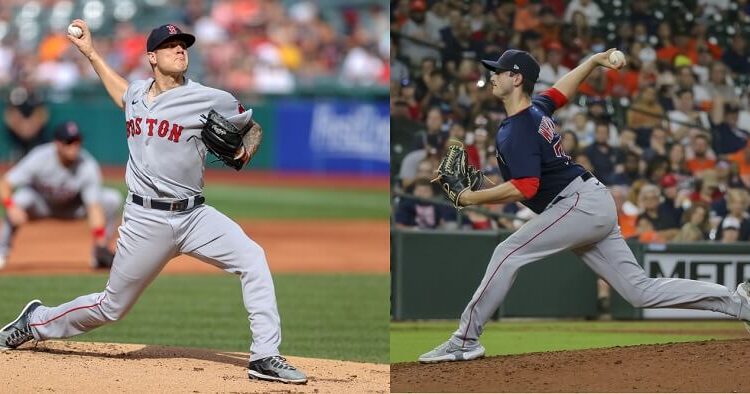 While many people have shifted from fantasy baseball to fantasy football, my focus here remains on bullpens and trying to help you maximize the most stats out of yours. Let’s take a look at some movement this week and see who is available that ay be able to help you grind out and extra save or hold.

My DMs are always open if you have questions: @mdrc0508, the worst Twitter handle out there. Have a great Sunday!

For those of you holding out hope that Tanner Houck might come back in Boston and rescue your fantasy squad with some key saves down the stretch, alas, it is not to be. Houck has been shut down due to continued back trouble. It doesn’t appear that there is enough time (or reason) to bring him back this year, and it was mentioned this weekend that he would in fact require surgery.  This would seem to leave the current pecking order as Garrett Whitlock, John Schreiber, and Matt Barnes, likely in that order. Schreiber earned the save last night.

It has become a pressing matter to check in on the New York Yankees and their bullpen each week.  Have you been following this?  Last week we shared that Aroldis Chapman went on the IL with a leg infection from a new tattoo. Things have been tough for the Yankees the last few weeks, as their once insurmountable division lead is down to five games. The last save opportunity this week went to Ron Marinaccio, who blew the save.  Clay Holmes returned from the IL and pitched in the seventh inning on Monday, but that was likely just to get some work in a game, and hasn’t pitched since.  The best guess here is that Holmes ascends to the closer role again.

There was an interesting game in Chicago Friday night, where the Minnesota Twins and the White Sox saw the benches clear in the ninth inning when Jorge Lopez hit Andrew Vaughn to load the bases.  Lopez then proceeded to hit Jose Abreu, thus winning the game for the White Sox, but upon further review, the umpires correctly turned the call over after seeing the ball hit the knob of Abreu’s bat.  On the next pitch, Abreu won the game with an infield single.  Despite a tidy 1.95 ERA, this was Lopez’s seventh loss.  Liam Hendriks got the win for the White Sox. Despite the lack of bullpen success, the Sox have experienced this year, Hendriks has been excellent: three wins, 29 saves, and 67 punchouts in 47 innings.

Rafael Montero continues to see save chances with Ryan Pressly on the IL.  Pressly threw a bullpen session Saturday and pronounced himself fit, and should return when eligible this coming Tuesday.  adjust those lineups.

The Los Angeles Angels appear to be a full-blown committee with lefty Jose Quijada and righty Jimmy Herget getting opportunities here.  The slight lean would be towards Herget as he has gotten the last two chances.

The war of attrition that is the baseball season caught up to the Oakland Athletics this week when righty Zach Jackson hit the 15-day IL with right shoulder inflammation. The job now belongs to AJ Puk, who earned his fourth save this week.  Granted, the A’s may not have many save chances the rest of the way, but Puk should get what is available.

We have been watching things in Seattle, and manager Scott Servais appears to be going a more conventional route as the calendar turns to September.  Having played matchups much of the year, Paul Sewald appears to be the full-time closer now.  Erik Swanson and Andres Munoz have moved into the top two setup slots.  If you need strikeouts and Munoz is available in your league, think about grabbing him; at this point, a high-leverage reliever is a better option than a fifth starter who might kill your ratios and not give you enough whiffs.

What the heck is happening in New York? Edwin Diaz has been used in the eighth inning in five of his last 13 appearances. Diaz has an absurd video game-like 101 strikeouts in 53.1 innings. It seems like manager Buck Showalter is doing what so many other skippers do: using his best relief pitcher in the toughest situation, which is not necessarily the ninth inning.  Should this usage continue, it’s possible Adam Ottavino gets some save chances; he does have three saves on the year, including one in this past week.

Tanner Scott appears to be entering games in the highest leverage situations, which may be happening earlier in some games.  He pitched in the seventh inning twice this week.  That being said, he is still the top option for saves in Miami, but guys like Dylan Floro and Steven Okert could vulture some saves should Scott continue to be used before the ninth inning.

In watching the Chicago Cubs’ usage over the last two weeks, it’s become obvious that the closer role is a split duty between Rowan Wick and Brandon Hughes.  If you haven’t read about it, do some research on the Cubs’ “Pitch Lab.”  It has yielded them some arms that have contributed to the major league team, with Hughes being one of them (and the since-traded Scott Effross another). Wick picked up his ninth save in relief of Hughes on Wednesday.  If you’re looking for cheap holds, Michael Rucker and Mark Leiter Jr. may be able to help you out.

Los Angeles just welcomed back Blake Treinen this week from five months of injury rehabilitation. It can be hard to say what role a freshly activated reliever will get, but we would imagine that manager Dave Roberts will work him back into the eighth inning hierarchy despite the success of Evan Phillips and Alex Vesia this year.  Treinen could even see some save chances with the continued struggles of Craig Kimbrel.  One to watch in the next several weeks.

With Nick Martinez unavailable on Thursday night, manager Bob Melvin used Josh Hader to close out the game, and it worked as he converted the opportunity. The hope in San Diego has to be that Hader will recover the role quickly. Given all the equity the Padres have pushed into this season, they need him to be the closer. Luis Garcia remains in the hierarchy to earn holds.