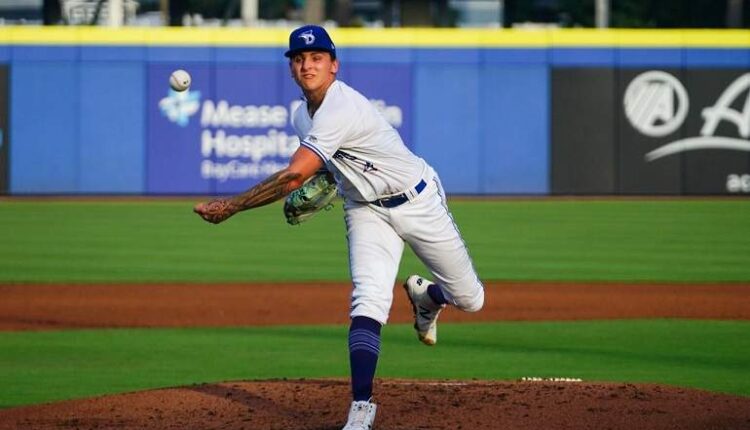 We’re reached our final stop in the American League East with our Toronto Blue Jays Top Prospects. This is probably the weakest system top to bottom in the division and probably one of the bottom systems in the entire American League in terms of fantasy talent. But hey, you can’t always have guys like Vladimir Guerrero Jr, Bo Bichette, and Lourdes Gurriel in your system every season. On top of that, Gabriel Moreno, who would’ve ranked 2nd here, graduated near the end of the season due to service time.

Just because this system is down overall right now, that doesn’t mean you can’t find some intriguing targets for dynasty leagues. Right off the bat we have Ricky Tiedemann, one of the five best pitching prospects in baseball that enjoyed a massive breakout campaign in 2023. Behind him is the fast-rising Addison Barger and plenty of other deep league targets or potential breakouts. Plus, Orelvis Martinez is still near the top, but 2023 will be a big year for him after his struggles in 2022.