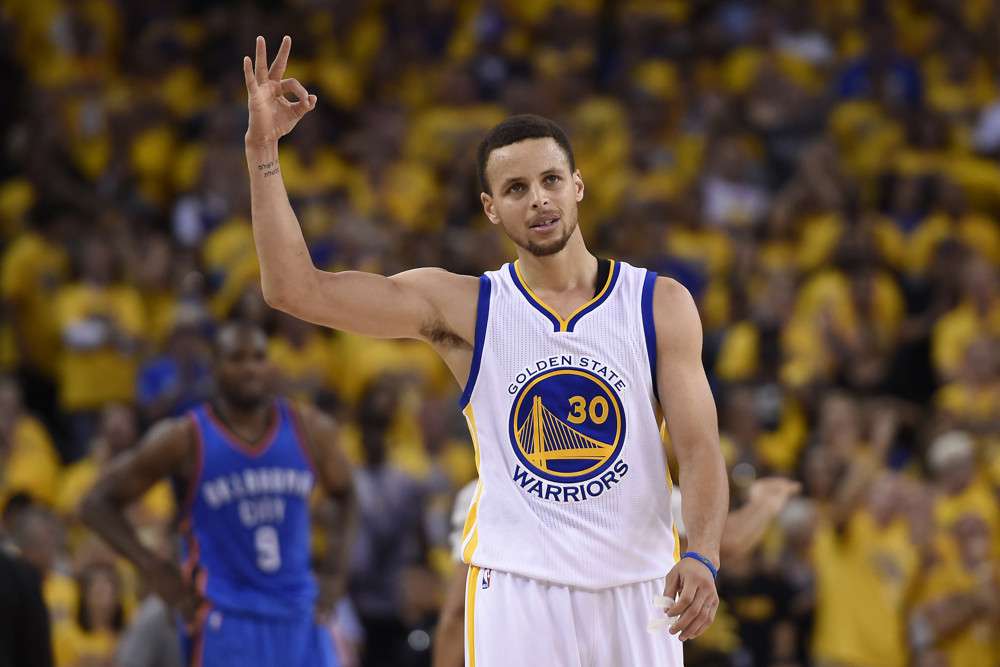 Now that we have a week of basketball under our belts, this is the best time of the year for DFS. These rotations are finally coming to fruition and that makes me ecstatic after a strange opening week. We also have a much better idea of how these teams play and it’s fascinating to look at some of the pace numbers from these new-look teams. With that in mind, let’s get into our 10/30 NBA DFS plays!

I took a stance on Curry as my top-pick in season-long leagues coming into the year but early results aren’t promising for that. The Warriors struggles have really hurt Curry’s fantasy value but it’s lowered his DFS pricing to totals that we can’t fade. Seeing him below $10,000 on both DraftKings and FanDuel is absolutely criminal and it’s just a matter of time before he starts going nuts. The reason for that is because he should be looking at career-highs in usage rate and shots taken. Over the first three games, Curry is posting a 29.2 percent usage rate while averaging 24 points, 5.0 rebounds, 6.7 assists and 1.3 steals per game, despite having numerous blowouts. If that’s struggling, I want every bit of him getting hot when that inevitably happens. Not to mention, he faces a Phoenix team who ranked 29th in defensive efficiency last season.

Rubio has really found his stride with his new club and it appears he’s back to being a triple-double threat on any given night. So far this season, Rubio is averaging 10 points, 8.0 rebounds, 9.3 assists and 2.0 steals per game. That’s unbelievable production from a player who’s in the $6,000-range on both DraftKings and FanDuel and it’s hard to understand why he remains so affordable. Facing Golden State is an absolute treat right now too, with the Warriors ranked dead-last in defensive efficiency so far this season.

Beal is sitting at $8,900 on DraftKings and $9,500 on FanDuel and that truly makes no sense to me. Dating back to the second half of last season, Beal is averaging over 50 fantasy points per game on both sites. That’s really no surprise when you see that he has a usage rate north of 30 percent in that span while taking over 20 shots per game. That usage is awesome for such a talented player, particularly one who’s averaging 43.3 DK points per game so far this season. We love this matchup against the Rockets too, with Houston ranked 24th in defensive efficiency while playing at the fourth-fastest pace in the league.

It’s always nice to see an injury-prone player prosper, especially someone who was once an MVP. The resurgence actually started last season, when Rose averaged 18 points, 2.7 rebounds and 4.3 assists per game with the T’Wolves. That form has carried over into this year, with Rose averaging 21.5 points and 5.3 assists per game. Most importantly, he’s posting an absurd 36.2 percent usage rate, one of the best marks in the league. With Reggie Jackson expected to miss this game, look for Rose to continue that monster usage and possibly play even more minutes.

Beal and Curry are both high-priced players, so let’s get you some cheap small forward options. Anunoby is just that and it’s difficult to understand why he remains so affordable. This dude has taken over small forward duties in the absence of Kawhi Leonard and it’s leading to a breakout season. In fact, Anunoby is averaging 31 DK points per game, playing at least 36 minutes in three of four games. The only time he didn’t reach that 36-minute threshold was a 24-point blowout. Consistent minutes like that are hard to find and it makes him one of the best per-dollar plays on the board.

It blows my mind just how cheap Hood is. The $4,300 price tag on FanDuel is nice but the $3,800 price tag on DraftKings is mind-blowing. What I really like about Hood is the fact that he’s playing a career-high in terms of minutes, averaging 31.4 minutes per game. That’s big news for a sharpshooter like Hood, as he’s a near guarantee for double-digit shot attempts. That’s led to 26 DK points per game across his last two fixtures and that sort of production equates to a majestic 7X value.

It’s all about health when it comes to a guy like Love and we have to consider him anytime he takes the floor. We’re talking about a walking double-double who appears to be in tip-top shape. Not only has he scored at least 39 DK points in every game so far this season, but he’s also averaging 45 fantasy points per game for the year. What makes that crazy is the fact that he’s doing this damage with a career-low 18 percent usage rate. That will surely climb up closer to 25 percent when these young players realize he’s the best player on the floor. We’re certainly not worried about Chicago either, with the Bulls ranked 18th in defensive efficiency this season and 24th in that statistic last year.

Saric was our biggest bust in Monday’s article but we have to go back to the well when the value is right. The Croatian is currently below $5,000 on both DraftKings and FanDuel and I’d argue that he should be $1,000 more. The only reason he was bad the last game was because he got in serious foul trouble, picking up three fouls in one minute. Prior to that dud, Saric played 32.5 minutes over his previous two games, averaging 28.5 DK points per outing. That increase in production and minutes is really no surprise when you consider the DeAndre Ayton suspension and Saric should return right back to that role and production here against this putrid Warriors defense.

Turner is one of the best centers in basketball and we have to love him in this $7,000-range. Despite posting lackluster fantasy lines early on, Turner is still averaging 34 DK points per game. What makes him really enticing is the fact that he’s playing a career-high 38.5 minutes. That monster workload will eventually lead to brilliant fantasy production, as he’s typically providing about 1.2 DK points per minute for his career. That means he’ll average about 46 DK points if he continues to see this workload, which would equate to a $9,000 player. The best part of this play is the matchup though, with Brooklyn ranked 28th in total defense while allowing the most fantasy points in the league to opposing centers this season.