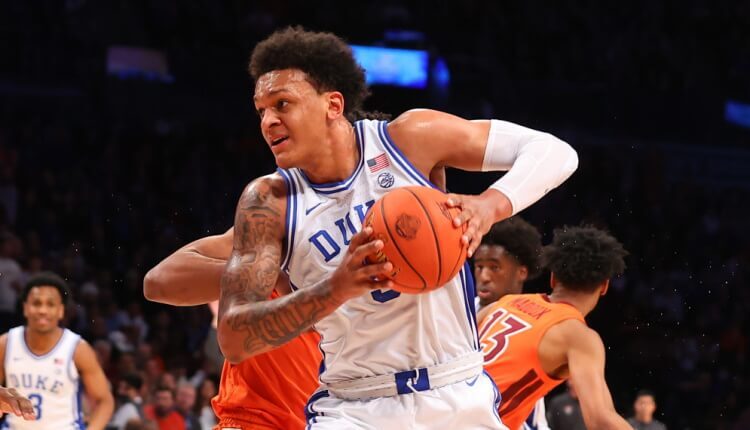 This isn’t the MLB. When someone is drafted in the NBA Draft, they have a chance to make a legitimate impact immediately. That means they can also affect your fantasy team immediately. It also makes Chet Holmgren’s Lisfranc injury all the more painful for fans. He’s someone that would’ve certainly made this list. Let’s appreciate the rookies we will get to watch this season, and dive into our Top Five.

Jovic is a rookie who I believe was a lottery talent, but he fell in the draft because not everyone is as smart as your boy. He’s 6’11”, can score on all three levels, can rebound, and block shots. He’s exactly the kind of scorer that I felt like Miami was missing in the playoffs last year. Butler could be counted on to score. Lowry could not. Adebayo could not. Herro…sometimes. A big that can shoot is exactly what the doctor ordered. But I won’t get ahead of myself considering he’s just a rookie and will have to earn his playing time and learn the game. In big lineups, he’ll probably come off the bench, Bam will play the PF, and Dedmon will play Center. Despite Jovic’s size, he’s slim, and likely won’t be much of a defender outside of blocked shots. For a late-round pick, he’s worth the risk.

I was blown away by what I saw from Mathurin this year in Summer League. I didn’t see a lot of him in college, so he wasn’t on my radar, but he is now. In three Summer League games, he averaged 19 points, 4 boards, and 1.3 assists. He’s a natural scorer and incredibly athletic. With Sabonis gone, and Halliburton a facilitator before anything else, I think Mathurin could be the high scorer on the team. It’s probably because of the body type and the jersey, but I see a lot of young Paul George in this kid. Without much of a track record, I don’t think you’ll have to worry about Mathurin getting sniped ahead of your picks in the late rounds. Unless you’re reading this from a phone/computer in the beautiful state of Indiana…

Admittedly, this is blind faith based on what I saw from Kessler in college. He didn’t play in Summer League, and he’s going to walk into a role devoid of Rudy Gobert, and immediately have a chance to get minutes and make an impact. The big kicker for him in a points or category league is that he averaged 6 stocks in college. SIX!! That’s a monster number, and if you couple that with even average production scoring, and on the boards, he can make a massive difference for your fantasy team. I’m projecting him to average 25+ minutes per game, 10 points, 10 rebounds, and 3 stocks for the season. Considering the barren roster in Utah, this could absolutely be conservative.

With Chet Holmgren out for the season, Keegan Murray is my dark horse candidate to win Rookie of the Year. He really wowed me in Summer League, as he averaged 23 points, 7 boards, 2 assists, and 1.3 steals per game while shooting 40% from three and 50% overall en route to the Summer League MVP. I have him ranked as my PF30, and I’m praying he’ll drop to me in each of my leagues. He’s an immense talent. The only risk is that Domantas Sabonis cannibalizes his usage and stat padding opportunities, but I’m willing to take that risk for a player I can draft in the mid-to-late rounds of the draft.

Paolo, Paolo, Paolo. It’s going to be all about the rookie for the Magic this year. The 6’10”, 250lb forward has all the tools. He averaged 17 and 8 in college at Duke, and his role in the NBA might be a bit more all-encompassing. In two games of NBA Summer League, Paolo averaged 20 points, 6 assists, and 5 rebounds per game. I expect a 25%+ usage rate for Banchero to lead the team. He’s a playmaker and a scorer. He’s currently my 29th-ranked PF (though I believe they’ll play him at the SF) in fantasy.

5 Late Round Bargains for 2022-23 Fantasy Basketball