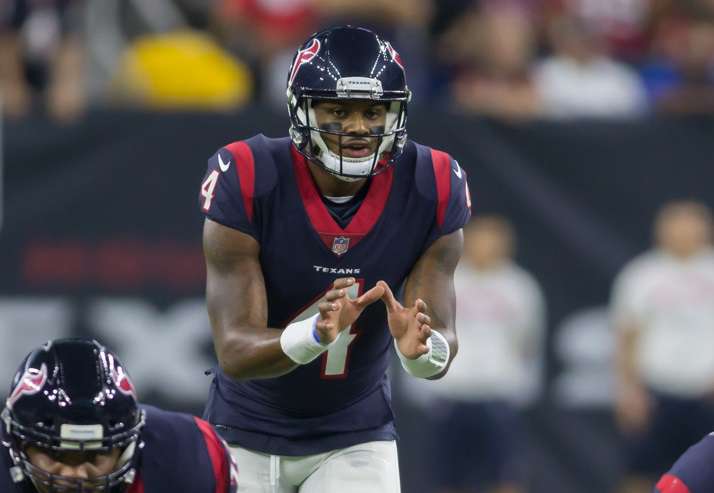 To rank QBs the first thing that need be examined is the offense they play in. As much as talent matters at the most important position on the football field the difference reveals itself in the quality of the team around him. When both talent and situation align value can be found. We’ll go over the Dynasty QB Rankings in tiers below in that context.

The Quarterback position is entering a period of transition with new blood beginning to find their way into the top tier for the first time in many years. Rushing ability is as important as it has ever been with mobile starters becoming the norm for most teams. That said, passing volume can still propel the very highest performers in this position group who can be long-lasting members of quality dynasty teams. Still, the sheer number of excellent options at the QB spot devalues the position as a whole after tier one…

No other Quarterback possesses the ceiling Patrick Mahomes does when you consider the world-beating combination of talent, scheme, and skill position quality buoying him atop the league. Because of these three factors, even with his expected TD regression, it is not difficult to envision him still being the QB1 His youth is the cherry on top of this situation as, barring injury, Mahomes looks poised to be a top tier QB for upwards of a decade-plus. No other player belongs in this tier.

Challengers to the Throne (2-7)

The guys in this group can either match Mahomes for talent level or find themselves in equally as advantageous situations. Watson and Newton specifically offer the rushing upside to propel them into the tier of players that could challenge the king and most guys in this range have quality skill position talent around them. Any one of these guys has significant potential both now and for the foreseeable future (Rodgers, Wentz, Mayfield).

Jameis Winston, Matt Ryan, and Jared Goff headline this group due to their bevy of talented pass catchers and excellent offenses. Kyler Murray, Dak Prescott, Lamar Jackson, and Mitchell Trubisky bring a ground game element to their fantasy GMs along with solid aerial upside. Though the potential for more exists, members of this group should best be cast as QB1s that will have you on par or better than your league week to week at the QB position. Impending contracts for Jared Goff, Jameis Winston, and Dak Prescott should increase their values and the relative stability offered by this group is a welcome sight for all fantasy gamers. This tier of my dynasty QB rankings shouldn’t be counted on to provide a clear advantage over the field most weeks but will ensure your QB scoring isn’t a weakness for your squad. (Winston, Murray, Jackson)

This is where the QB position begins to get tricky. Players in this group are either extremely unproven, aren’t in line for the requisite volume necessary for many boom weeks, or are in contract situations markedly less stable than their peers above. There is some appeal for relative unknowns like Jimmy Garroppolo, Sam Darnold, and Josh Allen but a second “safer” QB to pair with these players is the wisest choice. Roster construction will dictate how many QBs are worth carrying in your particular league, but you shouldn’t go into this season expecting fireworks from the QBs in this group. (Darnold, Cousins, Carr)

Members of the QB2 group don’t possess the upside to give most teams an advantage over their opponents on a week to week basis. This, coupled with the lower floor provided by these players make them dicey plays as starters in most team constructions. Consider these guys only usable during bye weeks or as emergency injury replacements. If your starter is in this group an upgrade is needed if punting the QB position was not the intention. (Haskins, Mariota, Manning)

THe QBs this far down in my dynasty QB rankings are backups that could see playing time in a worst-case scenario but shouldn’t be expected to. There isn’t much value remaining at this point and these players should only be Superflex targets as third or, more appropriately, fourth QBs. (Bridgewater, Taylor, Jones)

Is Dynasty your thing? Then you’ll probably want to check out all of our Dynasty Fantasy Football content.