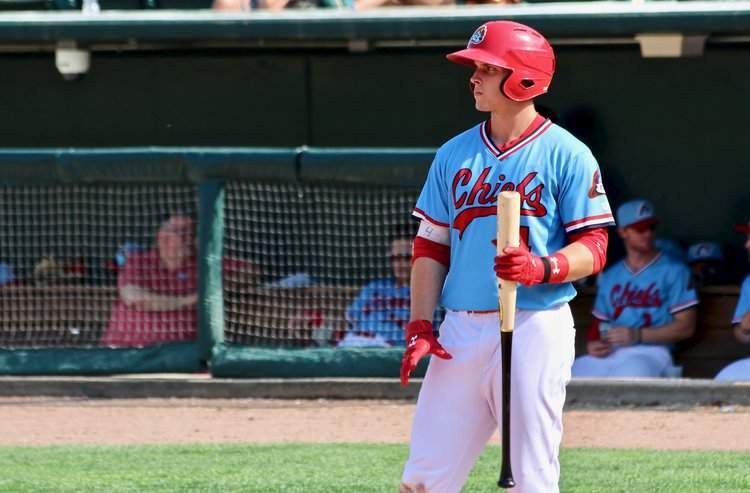 Ah, the hot corner. One of the most prolific positions when it comes to fantasy baseball. Over the last few years, top prospects like Kris Bryan, Alex Bregman, Miguel Andujar, and Rafael Devers have burst onto the scene and flexed their muscles and there are plenty more on the way. A total of 22 third base prospects cracked my top-250 with four of them inside my top-20. Out of the top-30 below, as many as 10 have a chance of making their Major League debut this season. So not only is there star power at this position, there’s depth and close proximity too.

Top Prospects by Position – Third Base

Four third baseman in the top-20? That’s pretty damn good if you ask me. Let’s start with, of course… Jonathan India. Gotcha! You thought I was going to say Vladdy, didn’t you? India has been a popular discussion topic over the last month or so as my prospect and dynasty rankings have come out. Most have asked me why I have him as high as I do and it’s a great question to ask. To put it simply, India upside reminds me of Nick Senzel with a little less AVG upside and a little more OBP upside. The strong across the board upside and high floor are why he’s ranked where he is.

Speaking of Nick Senzel. The 2018 season didn’t exactly go according to plan for this elite prospect, mainly due to a bout of Vertigo, but the upside and floor are both still quite high. Just because he dealt with Vertigo doesn’t change the fact that Senzel is one of the best pure hitters in the minor leagues with .300/25/20 potential. But the big question remains surrounding where his defensive home will be. The infield is set in Cincinnati, especially at the hot corner, so the Reds will likely have to get a little creative to get Senzel’s MLB-ready bat into the lineup. They’re doing just that and getting him some work in the outfield this winter and into spring training.

Another 2018 draftee that I’ve been noticeably high on and potentially the highest on is Nolan Gorman. Why? It’s simple. Gorman looks like a future middle of the order monster in the making, capable of dominating the power and run-producing categories. Yes, there are some concerns about his contact skills and swing and miss tendencies, but I don’t see those as a major concern moving forward. Sure, he’ll likely never hit .300, but he can easily settle into the .260-.280 range, even with a strikeout rate between 25% and 30%. Imagine if Joey Gallo could hit .280. That’d be a highly sought after fantasy asset, and that’s exactly what I believe we’ll have with Gorman in a few years.

Am I forgetting anyone in this tier? Hmmm, no, I don’t believe so. Moving on.

Oh yeah, that Vladimir Guerrero Jr fellow. I really need to get creative when talking about him now as I’ve probably written about him close to a thousand times in the last year or two. That’s probably not much of an exaggeration either. What else is there to say about Guerrero that hasn’t been said already by many different people. You don’t need me to tell you that he’s the best prospect on the planet with hall of fame upside. Everyone already knows that. Once the Blue Jays accrue another year of service time for him (I really hate service time), Vladdy will be up demolishing Major League pitching and likely cruising his way to AL Rookie of the Year honors. He’s honestly in a tier by himself, but I hate one-person tiers.

Man, this was a big tier. But that just shows how deep third base is for prospects with 17 of my top-130 coming from this position. This particular tier has a little bit of everything. We have some big power bats, lower-level international and 2018 FYPD upside plays, and a few high-floor guys.

Mark my words, by this time next year, the top-tier of third base prospects will be welcoming Mark Vientos into the mix. As an 18-year-old in 2018, Vientos displayed an advanced and improved plate approach, walking nearly as many times as he struck out, and was able to hit for considerable power as well, finishing with 12 doubles and 11 homers in 223 at-bats. Expect that power to continue growing as Vientos fills out his 6’4 frame, with 30-plus homers a real possibility. There’s no speed, but I’m a sucker for guys that can hit for both average and power with an advanced approach like Vientos.

Another pair of lower-level guys that could make a big jump this season are Malcom Nunez and Tristan Casas. I already went over Casas in my first base top-25, so I’ll focus here on Nunez. You always need to take rookie ball numbers with a grain of salt, but a .415 average, 1.272 OPS, 31 extra-base hits, and nearly as many walks (26) as strikeouts (29) in 44 games is damn impressive. The raw tools are there for Nunez to become an offensive star, but obviously, the risk is still quite high due to his age and proximity from the Majors.

One trend in this star-studded tier is power. As many as eight or nine guys have the potential to be 25-30+ home run hitters, with three of them being in the Red Sox system. Since we already discuss Casas previously, Bobby Dalbec and Michael Chavis get the spotlight here. After being suspended for the first 80 games of the season, Chavis picked up where he left off in 2017 and earned a promotion to Triple-A to end the season. For a brief stint, Chavis teamed up to form a formidable 1-2 punch in the Double-A Portland lineup. Both men have the upside for 30+ homers annually with Dalbec potentially having some 40 homer seasons in him, but Chavis’ better hit tool gives him the edge. Both could be up with Boston later this season.

When I mentioned the floor guys in this tier, I mostly was talking about Ke’Bryan Hayes. Hayes fits into the Pirates prospect mold; safe with a high floor, but lacking elite upside. If that’s your type, then by all means. But until Hayes shows more power or consistent speed, I’m not going to be going out of my way to get him on my dynasty roster.

In addition to Chavis and maybe Dalbec debuting in 2019, Austin Riley and Ryan Mountcastle look poised to get the call this season. Riley nearly got the call last season, but late-season strikeout woes held him back. And now he has Josh Donaldson in his way so don’t expect Riley up early in the season unless there’s an injury.

Another big tier, but I just couldn’t break it up. Jake Burger at #28 is an interesting one after being on some top-100 lists before his injury. The raw power is there, but how will he return from injury and can he hit for a respectable batting average? He’s a good buy low candidate in deeper dynasty leagues. Another power bat to keep an eye on is Jean Carlos Encarnacion of the Baltimore Orioles. There are some concerns about his approach, but the upside is a poor man’s Miguel Andujar.

Sticking with the power theme, but at a much lower level of the minors, we have Danny Diaz of the Red Sox. The then 17-year-old slugged six taters last season in the Dominican Summer League in just 105 at-bats. Like with many his age, the plate approach needs a ton of work, but the upside here is intriguing. Not as intriguing as Sherten Apostel‘s upside though. With an advanced approach and the ability to hit for both power and average, the Pirates might regret letting him go. If anyone from this tier can reach tier one eventually, Apostel would be my pick.