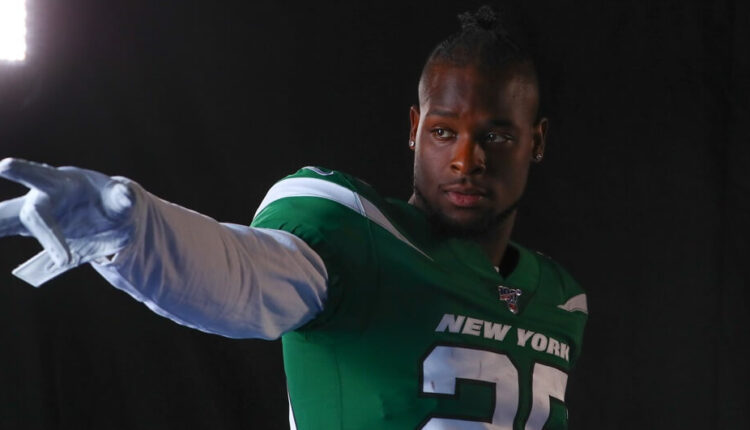 As we noted in our breakdown of RB situations that have workload concerns in 2018, workhorse running backs seem to be only occasionally utilized among NFL teams nowadays. Two-thirds of the teams heading into 2019 have either projected timeshare or committee situations. But there are some teams that still lean on one outstanding RB in many situations. Their projected workload share for the upcoming season makes them surefire Fantasy starters, and in many cases, early round Fantasy Football draft selections. These are the RBs who will likely have the heaviest potential workload opportunities during the upcoming season, in order of my PPR draft preference.

Christian McCaffery: He had 219 of 262 running back carries for the Panthers last season, and he is my No. 1 pick overall in PPR formats when you consider he also led the team with an astonishing 107 receptions. There were some questions whether McCaffrey could handle a heavy workload entering his pro career, but he has already and overwhelmingly silenced such concerns. Cam Newton is unlikely to become more of a downfield gunner this season, especially coming off a shoulder injury. The Panthers should continue to ride McCaffrey very hard in 2019.

Ezekiel Elliott: He had a career-high 371 touches last season, with 304 of the team’s 350 running back carries. Elliott finally became a real factor in the passing game in 2018, with 77 receptions. There has been some talk of reducing his workload in the offseason but he does not have any prominent backup option and scaling him back would not benefit the Dallas offense. Elliot remains the clear crux of the Dallas offense and his newfound versatility only ensures he should be one of the Top 3 workhorse running backs this coming season.

Saquon Barkley: What an incredibly busy rookie season he had, with 352 total touches, including a team-leading 91 catches. He had  261 of the team’s 325 carries. When the Giants traded Odell Beckham Jr., they sent a clear and crisp signal that they will now purely center their offense around their new superstar RB. Eli Manning or Daniel Jones will try to balance things out in a high percentage passing attack. Defenses may be more keyed in on Barkley this season without Beckham, which may ding his appeal a bit when comparing him to McCaffrey and Elliott, but they won’t always be able to stop him. Opponents loaded up to stop Adrian Peterson in his prime, and he still rolled up big numbers. Barkley is more versatile than Peterson was, too.

Le’Veon Bell: He will resume his career as a large centerpiece of the New York offense, as he not only attempts to ease pressure on Sam Darnold as a runner, he may also be the team’s best pass-catcher. The talent level is still incredibly high, and a year off means he has one less season of wear and tear. He should be ready to roll physically with a full preseason under his belt. Potential negatives include easing in with a new team for the first time in his career and getting more defensive attention than he did in Pittsburgh. But Bell will be hungry to re-establish himself at a high level and is worthy first rounder.

Joe Mixon: He had 237 of the team’s 293 RB carries last season, so he is the clear lead RB in Cincinnati. He also led the team in RB receptions with 43. But Giovani Bernard is still involved in the passing game when healthy and the Bengals drafted two rookie RBs for further depth. Mixon’s workload could be trimmed a bit this year in an effort to keep him fresher down the stretch, as indicated by some offseason reports. But he will still be the easy RB1 here and should still have heavy overall workload totals when compared to many other RBs.

Melvin Gordon: You will always get a large amount of all-around touches from Gordon, but he seems to be an annual injury concern. Gordon has not played a full schedule in three of his four pro seasons and it always appears to be late in the schedule when we lose his services. Gordon has averaged 19.6 touches per game when he has been available. Austin Ekeler does cut into his workload some, but Gordon has versatility and the definite goal line role to himself when he is able to play.

David Johnson: He had 258 of the team’s 320 RB carries and also caught 50 passes. But there were complaints from onlookers during the first half of the season, as he did not have more than 16 carries five times in the first eight games and had just one game with more than four catches in the first seven. The workload seemed to right itself a bit more after Week 8, especially in the carries department, and he still was the definite top RB. But the Cardinals offense is expected to obviously improve this year and Johnson should be a big part of that. This is a guy who showed us in 2016 he was could be one of football’s top workhorse runnings backs and touch the ball nearly 380 times if needed.

Leonard Fournette: If he could just somehow stay healthy, Fournette would have a guaranteed workload and can undoubtedly be utilized as a featured back with most of the carries going to him. He has averaged 19 carries per game when available in his first two seasons. He has averaged seven rushing TDs and could deliver more than that if he plays close to a full schedule with Nick Foles leading the offense instead of Blake Bortles.

Dalvin Cook: Like Fournette, he will be a clear featured back if he can stay on the field. Cook is versatile and explosive and can be a big focal point of the Minnesota offense and help it achieve more balance when he is healthy. Fantasy players can get a lot of upside from Cook if he plays frequently. He has averaged 17.2 touches per game so far in two years but you have to believe he is capable of a bit more than that overall touch number if he plays close to a full schedule.

Josh Jacobs: Bet on him being a three-down back as a rookie. He is physical, has deft moves, can catch passes and block adequately. He also was not utilized heavily in college and will be the TD finisher for an improved offense. Jacobs could be an instant breakout Fantasy performer in Year One.

Mark Ingram: He has left the New Orleans timeshare behind and now gets a deserved opportunity to be the clear featured RB. He should assume a heavy workload to help out Lamar Jackson, both as a runner and receiver. The Ravens offense will sputter at times, though, affecting Ingram’s production and making for inconsistent TD chances.

If you liked Scott’s look at 2019’s top workhorse runnings backs you can get more of The King by checking out his full archive.