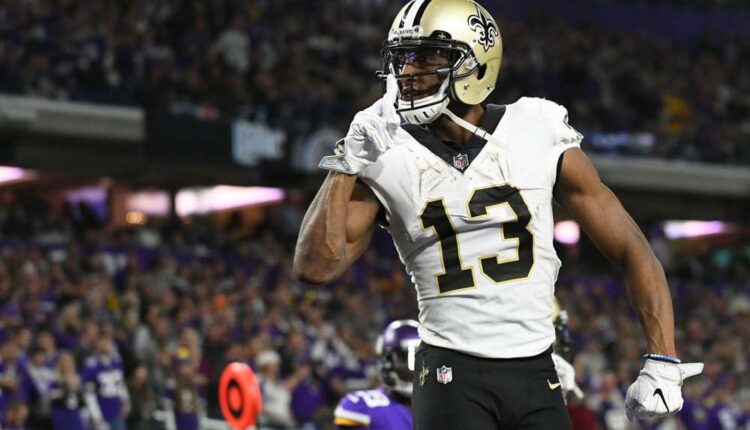 While the values in running backs vary a great deal between PPR and Standard scoring formats, the differences at the wide receiver position are more subtle. While there are a few target beasts like Michael Thomas (well, maybe not just like him) and a few deep-ball specialists like A.J. Brown, the roles of most wide receivers aren’t as clear as they once were. You’ll see this as you scan through our Consensus PPR Wide Receiver Rankings for 2020. Good receivers are just good receivers and with a few exceptions, you won’t see huge swings in value from PPR to Non-PPR.

Below are the analysts that will be pouring over our PPR Running Back Rankings for the next few months. We’ve included their initials so that you know who is who in the rankings table and also their Twitter handles so you can give them a follow and let them know what you think of their rankings.

Below you’ll find PPR Wide Receiver Rankings from four of our top analysts. They are ranked by the consensus now, but you can also sort by each analyst.

When drafting, I usually look for values. This year I plan on targeting 2-3 running backs early and finding value at wide receiver in the third or fourth round. I try not to have a set draft strategy because each draft is different and it’s important to adjust. I’d be fine with D.J. Chark and Terry McLaurin as my top two wide receivers since they’ll see a high target volume.

So many options, not enough roster spots. It’s a big ass buffet, baby! Unfortunately, you can’t eat everything. So how do you go about targeting wide receivers?

Variety is always good, no? It’s not difficult to find available WR1’s in the first two rounds. Grabbing at least one is highly recommended.
From there, a solid WR2 with a nice floor is a tasty choice. Appetizing options are third or forth year players, or the solid veterans; old guys need love too! Julian Edelman (73 ADP), Michael Gallup (77 ADP) and Jamison Crowder (110 ADP) are all delicious, great value receivers to add to your stud horse.

Next, fill your plate with young, upside receivers in the mid to late rounds. Grab three or four and your odds are good to strike gold with at least one of them. Often times, the mid to late round upside picks are the picks that put us over the top and help us win championships; swing for the parking lot on a few of ’em! Darius Slayton (108 ADP), Preston Williams (135 ADP), Jalen Reagor (139ADP) and N’Keal Harry (163APD) are all great young players with breakout appeal.

With this approach, landing just one proven WR1 early ensures a very respectable receiver corps without missing out on the top running backs or tight ends. Best player available is always the best option, but with the depth at wide receiver, there’s no rush to load up early.

Got a beef with our 2020 Consensus PPR Wide Receiver Rankings? Let our analysts hear it in the comments below!