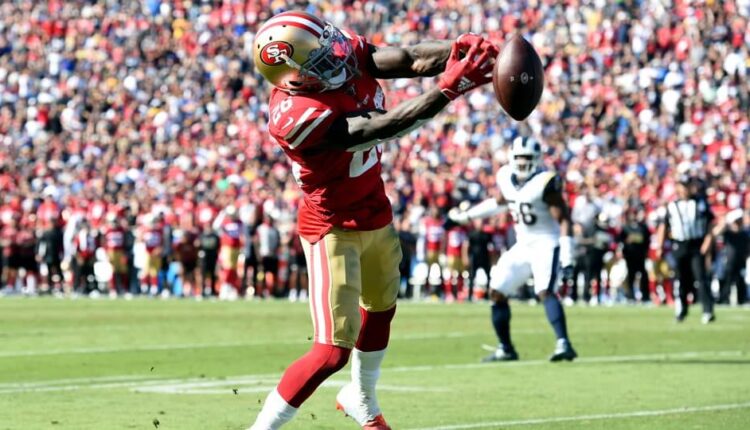 Stars are nice but sometimes depth wins leagues. Meng Song looks at 3 unconventional dynasty football sleepers who could pay off big in 2020.

It can sometimes be worth paying premium prices for elite players in dynasty to push a contending roster to a championship, but bolstering depth at various positions with cheap acquisitions can be just as important when constructing a dynasty roster. These dynasty football sleepers can sometimes dramatically gain value and be sold for rookie draft picks or fill crucial starting spots in-season when starters are out due to bye weeks or injuries.

Here are some extreme values to target in dynasty trades this offseason, all of whom are currently being drafted outside of the top 250 picks in dynasty startup drafts as of April per Dynasty League Football’s ADP data from various mock drafts. It’s not recommended to spend significant draft capital to trade for these end-of-bench prospects, but they should be waiver wire targets or pieces to acquire as throw-ins as part of larger trade negotiations.

Last year, DeSean Jackson‘s triumphant homecoming in Philadelphia was short-lived. After exploding for eight receptions for 152 yards and two touchdowns in Week 1, the groin injury he suffered in the opener caused him to miss the remainder of the season. Jackson underwent core muscle repair surgery in November and is slated to be healthy for the start of the 2020 season. Though Jackson is 33 years old and hasn’t played a full season since 2013, he’s missed only three games per year on average over the last five seasons, excluding 2019.

Carson Wentz ranked 17th in the league last season in both average depth of target (aDOT) and completion percentage, logging an aDOT of 8.1 yards and a 63.9 percent completion rate. However, when Jackson was healthy in Week 1, Wentz had an 8.8-yard aDOT and a 71.8 percent completion rate. While it’s a very small one-game sample size, Wentz’s efficiency with a healthy Jackson would’ve tied for ninth in aDOT in 2019 and second-highest in the league in completion percentage behind only Drew Brees.

When he’s had healthy receivers, Wentz has been an efficient deep passer. And he clearly has chemistry with Jackson, as evidenced by the two touchdown passes to Jackson in Week 1 of last year for 51 and 53 yards, respectively. Although Jackson’s age and ability to stay healthy are concerns, he and Alshon Jeffery should still see significant target share in 2020 with first-round rookie Jalen Reagor likely getting gradually worked into the offense. As long as Jackson still has his speed, he’s a cheap one-year rental for contending dynasty teams in need of wide receiver depth and can likely be acquired for just a late third-round rookie pick or less.

The 49ers signed Jerick McKinnon to a four-year, $30 million contract back in 2018, but he has yet to play a single snap. McKinnon suffered an ACL injury just prior to the start of the 2018 season, and he missed all of last season due to complications during his recovery from that same ACL tear in 2018. While San Francisco could’ve chosen to simply cut McKinnon this offseason, they instead restructured his contract to retain him on a one-year deal worth just under $3 million. The 49ers trading Matt Breida to the Dolphins was also an indirect vote of confidence in McKinnon’s ability to still contribute. When San Francisco first signed McKinnon two years ago, Kyle Shanahan stated:

Of course, a lot has changed since then. With Raheem Mostert and Tevin Coleman both playing well at times last season, it will likely require an injury to one or both of these backs for McKinnon to see playing time. However, if and when one of them misses time, McKinnon has historically run well behind good blocking. Luckily for him, San Francisco’s offensive line ranked eight in adjusted line yards last year, and the 49ers are still working to improve the line even further. They recently released starting right guard Mike Person, re-signed backup center Ben Garland, and signed free agent guard Tom Compton.

The 49ers’ offense ranked 12th in rushing DVOA in 2019 and should continue to see success under Shanahan’s leadership. Though McKinnon’s fantasy relevance will be predicated upon one of the other backs ahead of him on the depth chart missing time, we’ve seen that whichever running back sees the field in Shanahan’s offensive scheme has week-winning upside. McKinnon is likely on the waiver wire in shallower leagues and can be acquired for next to nothing if rostered, likely at the price of a fourth-round rookie pick or less.

Houston’s recent re-signing of Darren Fells to a two-year, $6.3 million contract flew under the radar for the most part. On the surface, this seems to be a minor deal to retain a depth player. But upon further inspection, surprisingly enough, Fells was third in snaps played among the Texans’ offensive skill position players last year behind only Deshaun Watson and DeAndre Hopkins.

That being said, Fells’s 740 offensive snaps (69 percent) in 2019 didn’t translate to target share, as he was just sixth in targets last season. And even though Fells played 740 offensive snaps to Jordan Akins‘s 655, Akins had 55 targets compared to Fells’s 48 targets on the year. Despite that, Fells scored seven touchdowns compared to just two for Akins. While the difference in their scoring rates might seem fluky, it could actually be somewhat sustainable for Fells to maintain his high scoring rate in 2020.

Last season, Hopkins led the Texans in red zone target share with 21 percent, and Fells was second with 19 percent of Watson’s red zone targets. With Hopkins now in Arizona, Fells could become the red zone target leader in Houston with his massive 6’7 frame. None of the projected starting wide receivers are big-bodied red zone threats, with Will Fuller and Kenny Stills both measuring in at 6’0 and new additions Brandin Cooks and Randall Cobb both measuring in at just 5’10. At the price of a fourth round pick or even less, Fells has scoring upside for deeper leagues. While he may sport inconsistent production from week to week, Fells is an excellent backup or bye week fantasy tight end relative to his low cost to acquire.

What’s your take on these dynasty football sleepers? Let us know in the comments below.

Prospects to Target (Or Not) In A Shortened Season – National League