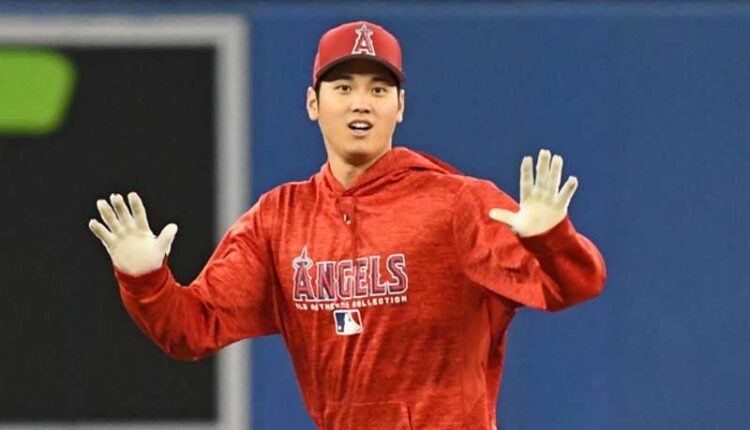 Shohei Ohtani, the reigning AL MVP and one of the most exciting players in all of baseball can also be one of the most confusing players to figure out how to deploy and value in fantasy baseball.
You’ve got the NFBC approach of Ohtani is one player and you have to decide each week if you want him to be a pitcher or a hitter in your lineup. On CBS and ESPN you also have one player and you pick hitter or pitcher by period. You’ve got the Yahoo approach where they kidnapped another Ohtani from across the multiverse to let both a hitter and a pitcher Ohtani be rostered in leagues.

However, neither of these approaches really captures the value that this reigning MVP provides. In NFBC, ESPN, and Yahoo, you only get one way of this two-way player and have to miss out on the other value. In Yahoo Ohtani either is rostered on two rosters or takes up two roster spots. While this gives you the ability to get all Ohtani stats if he’s on the same roster, it also means rostering one player takes two roster spots on your roster while only taking one for the Angels.
In the midst of the CBA mess this offseason, MLB also implemented what is, effectively, the Ohtani rule. This allows Ohtani to remain the DH in the games he’s pitching, even after he’s done working on the mound. Last year you saw Joe Maddon hit Ohtani as the pitcher (and so forfeit the DH) and then move Ohtani to the outfield when his pitching was done, which meant LA lost their DH that game and were opting to effectively play as an NL team for 2021. Now they get to keep the DH, have Ohtani DH, and have him start when his rotation spot comes up.

So how do we at Fantrax try to accommodate and address this confounding player and take the Ohtani rule and somehow make it code (which is far more involved than MLB simply saying “Ya sure, he can be the DH, and pitch, and keep DHing when he’s done pitching”).
First, Ohtani is one player as he should be, since Shohei is one player and should be on one roster. I had some leagues on Yahoo when Ohtani came over to MLB and I never liked that approach of two separate Ohtanis.
So – does that mean it’s like NFBC/ESPN/CBS? Maybe… however, unlike those, Fantrax has tons of customization options. First, you’ll have Ohtani with dual eligibility (most likely), with P(or SP), and UT (and maybe OF depending on eligibility thresholds), so you can play him as a pitcher or a hitter for each PERIOD. So, if you have a daily league you can have Ohtani be a hitter or a pitcher for each day. If you have a semi-weekly league you could flip him between those periods, etc. So, if you have this structure for your leagues and you are a weekly league then yes, it will function a lot like those platforms where he’s locked in for the week or period as a hitter or a pitcher.
However, unlike any other platform (as far as I know), Ohtani on Fantrax CAN get both hitting and pitching stats AS a single player at the same time.
In the past we offered an option where any player would get all hitting and pitching stats. So if a position player pitched – the stats counted, when an NL pitcher hit, those stats counted. So, you could turn that on (though I would imagine more likely to do that in an NL- or AL-only league), and get all of those stats. For obvious reasons a number of leagues would not be inclined to turn this on since it has vast impact in somewhat potentially annoying ways.
However, this year, we’ve added another option. With the universal DH and the new Ohtani rule, your most customizable fantasy platform over here created a new option for you.
If you (your commissioner) go to commissioner – league setup – scoring – preferences you can either turn on “Players will accumulate all stats in all scoring category groups” which will do what I described above. Of course with the universal DH that will now pretty much apply to Ohtani and any position players pitching in blowouts. Since I’d imagine most leagues would not care for their hitters blowing up their pitching stats when they give up homers to hitters switch hitting when they aren’t switch hitters, there is also the option “Only 2-way players (e.g. Ohtani) will accumulate all stats in all scoring category groups (Beta).” This is the option you want to just capture Ohtani’s value. Please note that this IS a Beta setting, meaning that there could still be some issues that arise with it. Should that happen if you use it just contact support and our team will get on fixing it!
So how does this work? Well effectively it’s identical to the other rule, but only applies to players who are actually two-way players. Which, at this point, in the majors, is only Ohtani. So, this certainly seems the best way to fully encapsulate Ohtani’s real value in your fantasy league.

However, there are also some limits. For example, while Ohtani rightly takes up one roster spot, if the “Ohtani rule” is on, and you put Ohtani in a pitcher spot you still getting his hitting stats and could use this to effectively have an extra hitter. If the DH wasn’t universal in MLB (and if Ohtani was on an NL team), you could argue that that is the same perk his real MLB team gets. However, Ohtani staying as a hitter after leaving the game doesn’t add another hitter for the Angels, and the DH is universal (of course there are also so many other oddities for a real-life situation that confound that, so I digress).
So – if you don’t want a team in your league to get effectively an extra bat to accumulate stats or an extra arm, how might you balance this?
The manual solution is that the team with Ohtani needs to leave a UT or P slot empty at all times – but that is not only inelegant but annoying to police. Another solution would be to use commissioner – all options – positional eligibility override to make it so that Ohtani is not eligible at P or at UT (your choice) so he has to be played either as a bat or an arm, but would still get all stats. I would recommend removing the P slot so that he stays in a UT slot only if you go this route. While this would give a team maybe an extra SP outing a week, it’s better than a team getting 7 days of extra hitters while still getting his pitching stats.
Please also note that once the rule is on if a team didn’t want to get Ohtani’s pitching stats in a game, they would need to bench Ohtani and not get any of his stats, there is no way to only get SOME Ohtani stats once this rule is on.

So, why am I writing about this rule partway into the season? Mainly because I wanted to see how it played out in its BETA launch. However, this also leads to a few nuances from a commissioner’s perspective. I would highly encourage you to not turn this rule on in a redraft league without a serious conversation first with the whole league. In any existing dynasty, I would recommend you not turn this on period. While it may seem odd to tell you about this cool rule and then say don’t use it – letting Ohtani capture his complete value in fantasy leagues after drafts, maybe trades, or other moves have happened with Shohei, it would not be fair. Indeed, Ohtani had a strong case in daily leagues to be the 1.1 before this rule. Now in any format there is a strong case for Ohtani to be the 1.1 in a draft simply because he offers so much with both his arm and the bat.
So, consider it for this year if you want, but certainly going into next year think about how you want to handle Ohtani in your league and use this great new rule to best translate Ohtani’s real-life value to your fantasy league.