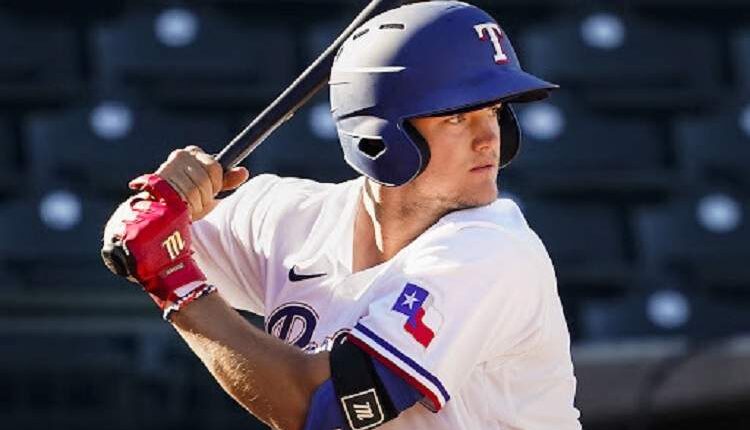 Welcome to our 2022 team top prospect rankings series. Leading up to Minor League Opening Day, Eric Cross and Chris Clegg will go through all 30 Major League organizations, continuing today with their Texas Rangers Top Prospects for dynasty leagues. In each installment of this series, you’ll find the top-20 rankings from both Eric Cross (AVG) and Chris Clegg (OBP) along with one prospect each that they’re targeting heavily in dynasty leagues right now. Hopefully, these rankings will help you in your dynasty leagues, and maybe give you some new trade targets to consider.

I’m sure if you ask others, you’ll find many that are higher on Evan Carter than I am. But while I don’t quite have him valued as highly as others, the skills and breakout appeal are quite apparent and make Carter a solid target in dynasty leagues right now before his price tag rises.

Carter was a surprise second-round selection in 2020, but the 6’4 Canadian prep outfielder is starting to show why Texas was smart for taking him where they did. Carter possesses above-average or better raw power already and has plenty of room left on his frame to add bulk. His swing path generates natural loft and Carter showed in Lo-A last season that he can use the entire field and has exceptional zone awareness, recording more walks (34) than strikeouts. Carter also has above-average speed presently as well.

The AVG for Carter last season was only .236 but he was still able to post a .438 OBP and .401 wOBA with a respectable 73.6% contact rate. Even if he’s just a 50-grade hitter, Carter’s high OBP, power potential, and solid speed give him plenty of upside for fantasy purposes.

I love the Texas Rangers farm system and the fact they have spent money to make the major league roster better as well. There are several great targets for dynasty here, but the best player to target in my mind is Owen White.

White was a second-round pick in 2018 but did not make his pro debut until last season. He did not pitch post-draft in 2018. Had Tommy John surgery in 2019, and the 2020 Minor League season was canceled. His debut in 2021 was much anticipated, but White broke his hand during his first start of the season.

I saw White live in the AFL in one of the first games of the fall league. I knew of him, but didn’t know much about him. He blew me away. White’s arsenal is diverse and he gets strong spin rates on all of his pitches. He follows a mid-90s fastball up with a curve, slider, and changeup. White has great swing and miss stuff and the hype has not caught up. I firmly believe that White can be a high-end pitching prospect and you can get him for cheap in dynasty leagues right now.