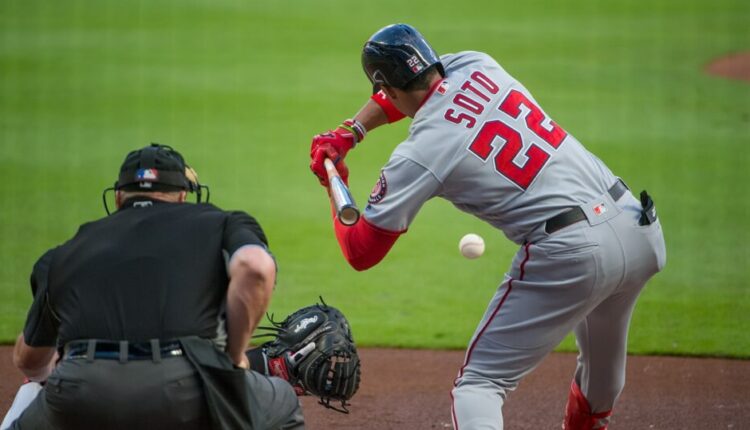 July is upon us. The All-Star break is in sight. Standings in your Fantasy leagues are starting to take shape. There are certain players you likely drafted fairly high that you may be ready to cut. Maybe you already cut them. Today, I am going to dive into several hitters who are struggling but have interesting statcast profiles. Why are these certain hitters struggling, and is a rebound on the way? Let’s dive in.

Alec Bohm entered the season as a popular breakout pick for many. After his 2020 debut, where he posted a .338/.400/.481 slash with four home runs in 180 plate appearances, his 2021 ADP landed just outside of the top 100 at 106. Needless to say, Bohm has failed to live up to the hype of his ADP. According to the Razzball Player Rater, Bohm ranks as the 279th best player in standard 5×5 leagues. His slugging percentage this season is lower than his batting average last season. A slash of .234/.271/.317 certainly struggles to play except in the deepest leagues. Bohm has just four home runs on the season and only 14 extra-base hits. Several of his statcast metrics look great, so what’s gone wrong?

When looking at Alec Bohm’s statcast profile on Baseball Savant, the first thing that stands out to me is his average exit velocity. Bohm currently owns a 92.6 mph average exit velocity, which is good for 92nd percentile among hitters. His hard-hit rate of 49.7 percent is also good for 87th percentile among hitters. Bohm is clearly hitting the ball hard, but why is he not hitting for more power?

The first thing that stands out is Bohm’s 53.4 percent groundball rate and his 4.3-degree average launch angle. This is not conducive to home runs or extra-base power. Bohm is simply hitting the ball into the ground far too often. Additionally, Bohm is struggling to hit fastballs. He owns just a .209 batting average against fastballs, but the good news is his xBA is .277 against. You can see in the heat map below that even with fastballs over the heart of the plate, Bohm is struggling. 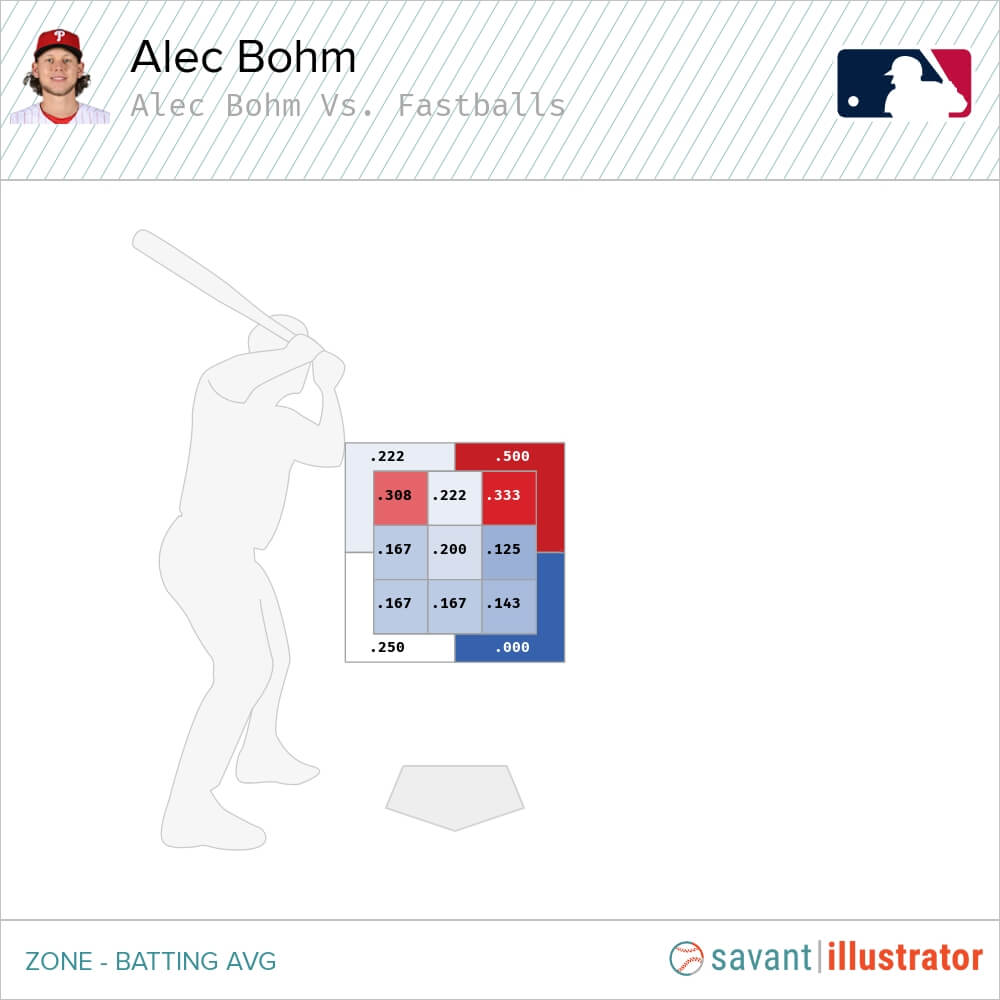 On top of the mentioned issues, Bohm is struggling to make consistent contact. He has never been a huge strikeout hitter at any level of professional baseball. This season, however, Bohm owns a 27.2 percent strikeout rate. Naturally, his contact rates are way down from last season.

I do believe better days are ahead for Alec Bohm. The struggles have been real, and you may have already dropped him in shallow leagues. His expected batting average is .274, and you can tell the power is there based on how hard he hits the ball. Bohm needs to get back to his MILB ways and get the ball in the air more often, and you can expect more hits and more power.

It should be no surprise to you at this point that Jorge Soler scorches baseballs. Every season, Soler posts both max and average exit velocities near the top of the league. This year is no exception. Soler has an average exit velocity of 93 mph and a max of 115.1 mph. Both are 95th percentile in the league. Additionally, Soler’s hard-hit rate of 51.3 percent is 90th percentile, and his barrel of 12.5 percent is 82nd percentile. When Soler makes contact, he mashes. The problem is exactly that, making contact.

Digging into his profile, Soler’s lack of power certainly is not from hitting too many groundballs, as with Bohm. The lack of batting average could be from the drop in line drive rate, however. Line drives always produce the highest batting average. Pairing with a near 30 percent strikeout rate is a good explanation for Soler’s poor batting average. But you likely did not draft Soler expecting that. So, where is the power?

It appears that Soler has actually had some bad luck swing his way. His 8.7 percent home run per fly ball rate is by far a career-low. His career average is 19.1 percent, and between 2019 and 2020, Soler posted a 27.2 percent home runs per fly ball rate. Baseball Savant’s expected home runs agree. Soler is the third-largest underperformed with 11.2 expected home runs compared to just his six actual. Baseball Savant calculates this by counting how many ballparks a batted ball would be a home run in and dividing it by 30. Four of his batted balls would have been gone at 27 parks, and Kauffman Stadium was not one of them. 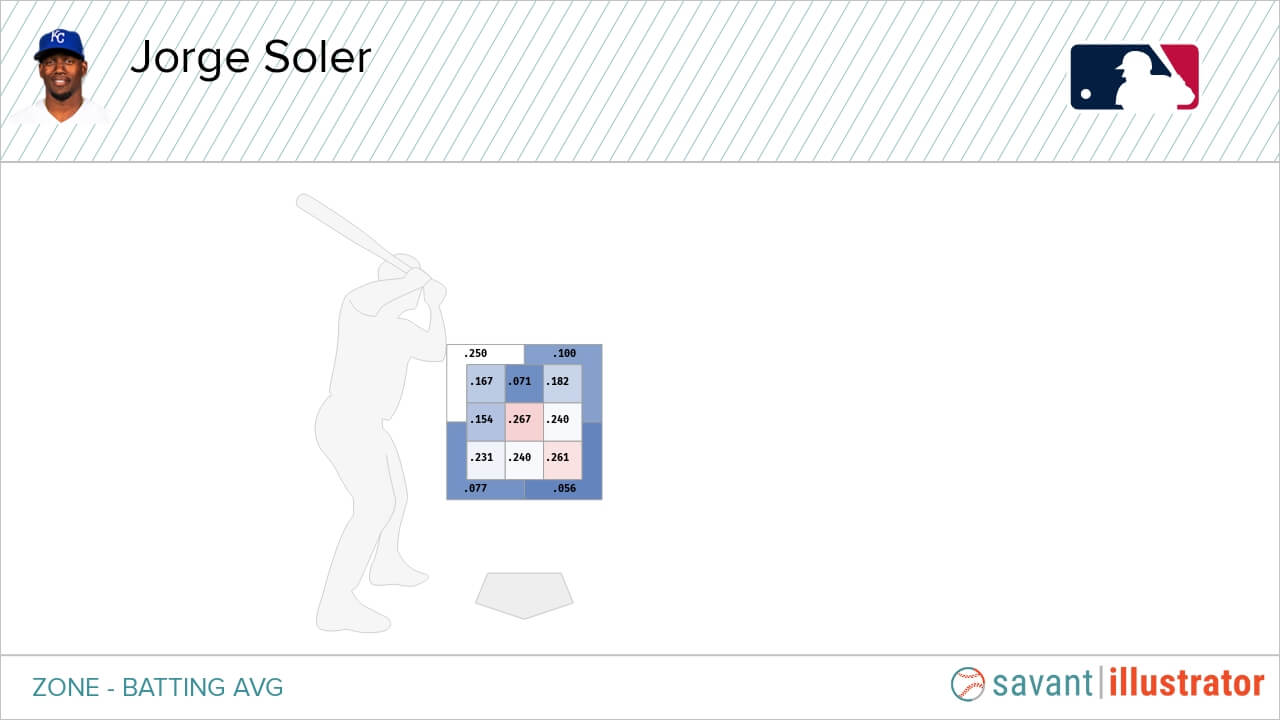 At the end of the season, I expect we look back and find a moment where Soler got hot and found some energy (bad dad joke). I would not expect a high batting average. Anything near .250 rest-of-season would be awesome! But I do think the power comes around. It is hard to pinpoint when that could be. But a power surge is coming from Soler.

It is almost laughable to include Juan Soto in this discussion. But in terms of return on investment, I think it is fair to say Juan Soto has struggled to an extent. When you head over to his Baseball Savant profile, his page is a sea of red. Most of his statcast metrics are as good, if not better, than they were last season. But when it comes down to it, Soto’s .274/.399/.426 slash with eight home runs and three stolen bases is not cutting it for those who drafted him with one of their top three picks.

Soto’s contact rates are consistently near or above 2020 levels, and he is actually walking more than he is striking out. I think it has become evident what Soto’s biggest problem is. It is his ground ball rate. A 54.1 percent rate places Soto eight among qualified hitters. As shown in the chart below, as Soto’s ground ball rate increases, his slugging percentage naturally decreases. 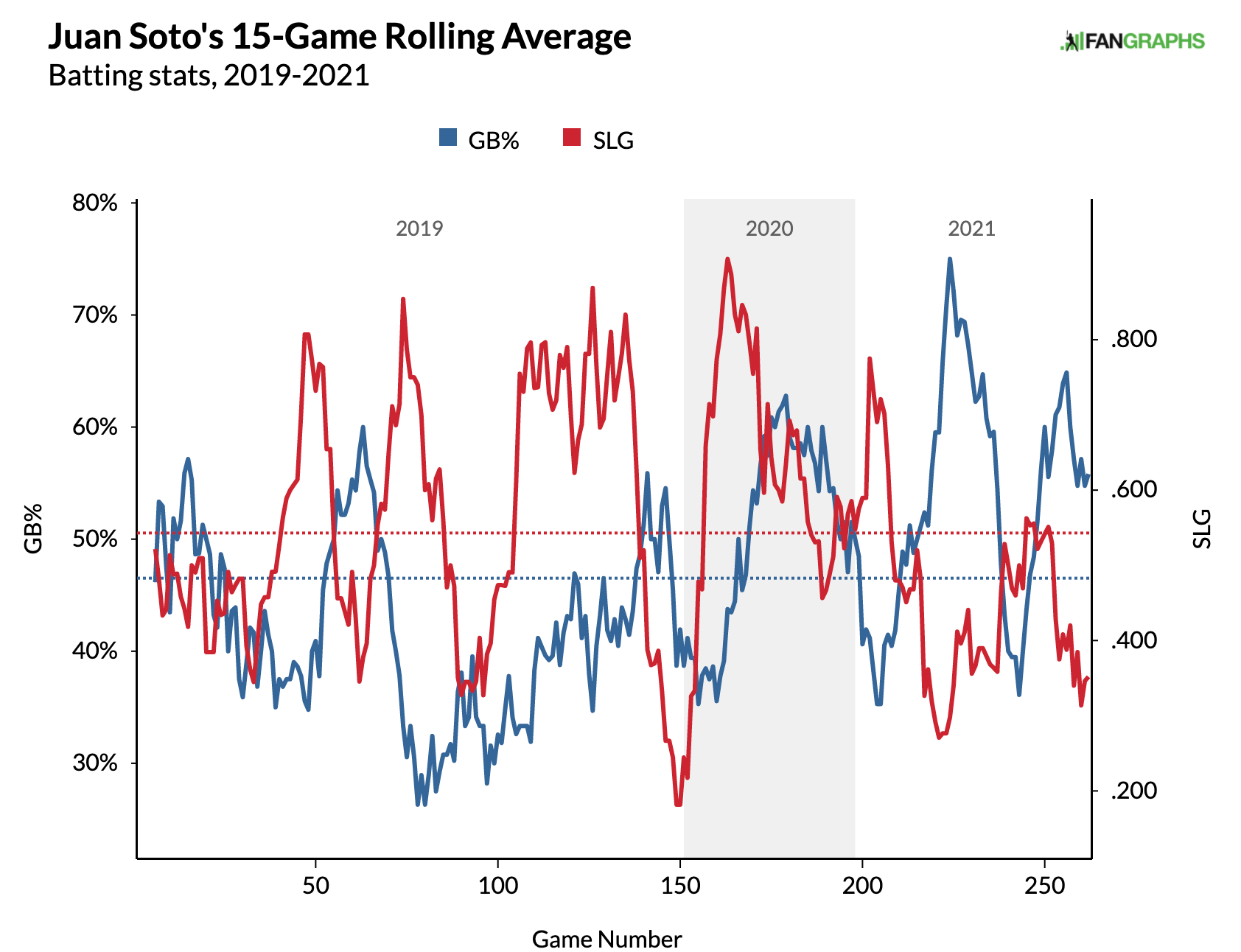 Thanks for taking the time to read another edition of “Statcast Standouts.” Check out all our other great content on FantraxHQ.

For help on the pitching front, check out Mike Carter’s Two-Start Pitchers for the week.

Who Is The First Overall Draft Pick in 2021?