Starting Pitcher Barometer: Grab the Turnbull by the Horns 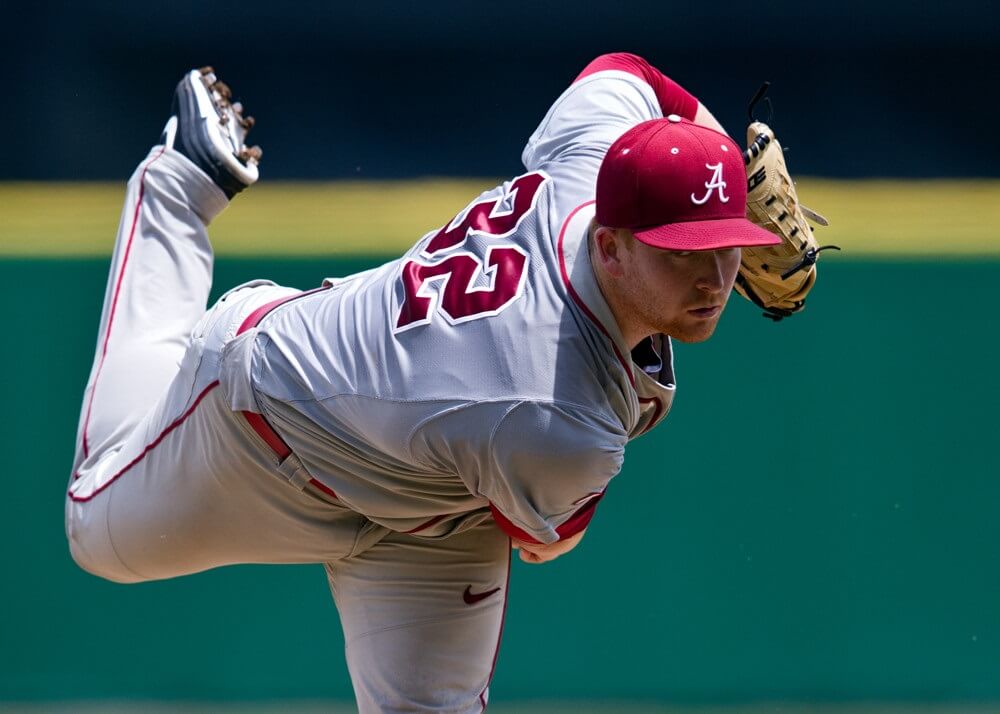 Guys and dolls, I knew starting pitching was rough coming into the season. The fact that seemingly half of our “aces” have been imploding early on hasn’t helped things. There’s some chatter of the balls being “juiced” again, which not only makes me want to squeeze some kiwis but also makes me fret about my starting pitchers.

The rankings have felt surprisingly malleable outside of the top 30 already. There was also a cluster of starters I expected a bit more from who have been so bad I dropped them from the list. Speaking of which, by request, I have added another feature to this weekly Barometer: those who dropped off the list. That will appear at the bottom of this piece. We’re almost a month into the season and we’re getting a better sense of the pitching landscape. Let’s begin with a special look at what on earth is happening in Atlanta.

This past week the Braves have been making some necessary moves. Kyle Wright clearly wasn’t ready for the limelight just yet and will head back to Triple-A to work on his control. More surprisingly, Sean Newcomb will meet Wright there to do the same. Newcomb allowed more runs (8) and walks (6) than he had strikeouts (5) over his first three starts with a startling 6.86 SIERA. Newcomb has never had good command nor a plus breaking pitch and should wind up being a bullpen piece.

They brought up Touki Toussaint, who will join the rotation (at least temporarily). He’s an electric pitcher to watch but has always struggled to stay consistent with his mechanics, leading to high walk rates. He’s worth a look if you have a spot to play with, but I’m keeping my expectations in check until I see improved control. Also new to the list is Max Fried, who I had actually expected to get bounced from the rotation before Wright and Bryse Wilson. Fried has allowed just two earned runs over his 19.2 IP though (despite his minuscule 5.49 K/9) and will stick around for at least a little while longer.

I’ll briefly mention Kevin Gausman, who, to this point, has yet to totally tick us off. He’s been downright impressive, even! He’s finally throwing the crap out of his splitter at 34%, which is fueling his 14.9% swinging strike rate. Why it took him seven years and two organizations to finally learn to throw his best pitch more is beyond me. Finally, that brings us to Mike Soroka. He’s fresh off the IL and looked good in his first 2019 MLB start. I’m throwing him right into mixed league ownership territory at SP49. Just be wary of his shoulder issues.

NFL Draft Notebook: Veterans Who will be Affected by Early Picks