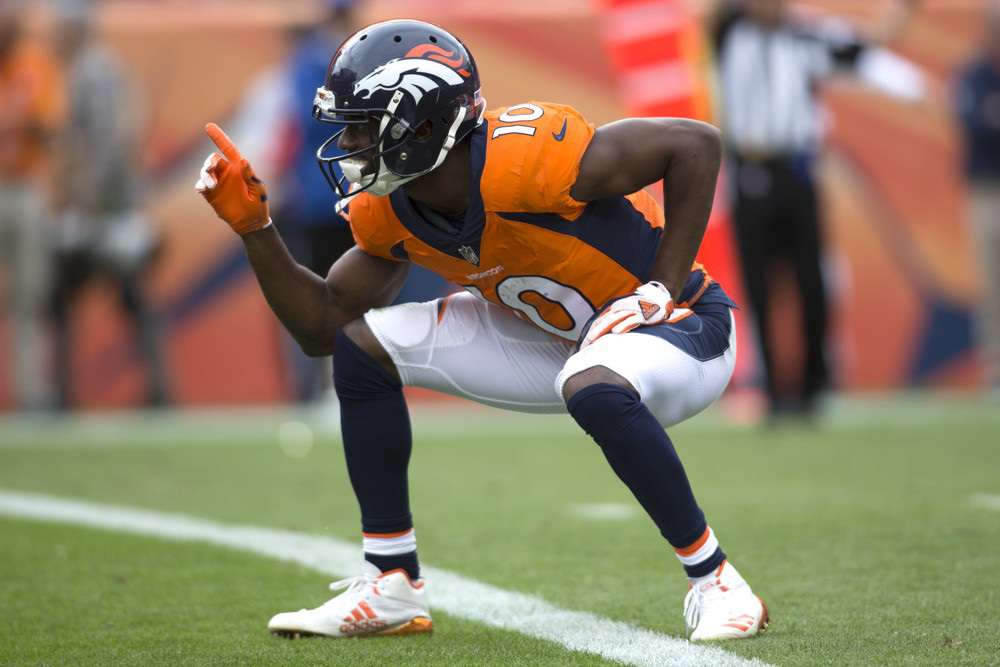 Every season there are players that appear out of thin air in the running ADP timeline in my head. For one reason or another, these are players that do not come into the scope of Fantasy relevance until a week before the season starts. These players can be sneaky value picks because of their late arrival in the NFL news cycle.

Roster moves are usually what changes my mind about a player pretty quickly. I have to drop Marlon Mack down in my rankings. With a healthy Andrew Luck ( and he is healthy), Mack was a back-end RB2 as the perceived starter.

According to Rotoworld, Colts’ Head Coach Frank Reich claimed that Mack is not guaranteed to play in Week 1 as he is dealing with a hamstring. So, it’s guns-a-blazing for Jordan Wilkins, who started for the Colts in Week 3 of the preseason.

The guys on this list are sneaky value picks because of developments within the past couple of weeks that have made them draftable assets at a discount.

My Favorite Value Picks for 2018

Another one bites the dust. Eric Decker announced last week that he was retiring from football. That makes three veteran receivers that have parted ways with New England in one way or another. It was just recently that the Pats cut Kenny Britt and Jordan Matthews.

So, after the the smoke has cleared, Chris Hogan, Phillip Dorsett, and Cordarrelle Patterson are the most relevant names for Week 1 Fantasy Football.

I am not thrilled about any of the names above, but all will have value in the first four weeks. I am looking at running back, James White to be the most valuable of the pass-catchers not named Gronk in the first quarter of the season.

Edelman is a value pick with a seventh-round ADP. He will be the possession receiver in New England and is going to get a lot of volume. The suspension for four games actually makes him more rested which benefits his recovery coming off of a torn ACL around this time last season.

Manny Sanders finally has a quarterback again. It has been a while. In 2014 Peyton Manning was still playing at an elite level, but the following year he dealt with multiple injuries that made him unreliable for Fantasy.

Three years later, after multiple quarterbacks struggling in Denver, Case Keenum is in town. Keenum had a great year as a Viking in 2017 and was able to support two wide receivers for successful Fantasy campaigns.

Sanders has proved in the preseason that he still has the speed to get it done. Check out this three-play sequence from the 31-year-old.

Sanders commanded 92 targets in 12 games last season but was only able to haul in 47 for 555 yards. His 51.1 percent catch rate was a career-low and over six percent below 2017’s number. With improved quarterback play, Sanders will regain WR2/WR3 status in 2018.

I was high on Terrance West last month (a sentence I never thought I would say). But, as the perceived thumper at the goal-line in that Mark Ingram role for the Saints, I was intrigued.

Now that West has been cut, the guy who previously looked to have the role- Jonathan Williams- has regained the position.

Williams is 223 pounds and fits the mold for the running attack of the Saints. In 2017 Alvin Kamara and Ingram had a thunder-and-lightning style that made the Saints fifth in total rushing yards in the NFL.

Kamara was a monster last season but only saw 120 carries. Kamara’s touches on a per-game basis will increase while Ingram serves a four-game suspension to open the year. However, it would be in the Saints best interest to not overuse their most explosive offensive player.

Williams serves as a value pick at the end of drafts as someone who can be started in Week 1. While that would certainly be a risk in 10- or 12-team redraft leagues, he can be a serviceable RB2 in deeper leagues.

The Saints open up at home for the first two games of the season against the Buccaneers and Browns respectively. I expect Williams to get 10-13 touches in those games with touchdown upside.

According to Rotoworld and ESPN, Mike McCarthy expects Williams to make a big leap this season. The former fourth-round pick out of BYU is a physical runner that fits the bill for a first and second down back. His pass-blocking and ability to make plays in space give him the ability to stay on the field.

With Brett Hundley under center, Williams saw 20-plus carries in four of the eight weeks he started. With that kind of volume with Aaron Rodgers, the dude could be an RB1. Now, of course, the Packers will pass more with Rodgers AND Ty Montgomery and Aaron Jones will be there, but the Packers usually like to stick with one back to get the bulk of the workload.

Williams is a sneaky-value pick in the sixth round as a guy who will see a lot of volume, especially in the first two weeks when Jones serves a suspension. If he plays well, he will most likely keep the job while Ty Montgomery and Jones are used more sparingly.