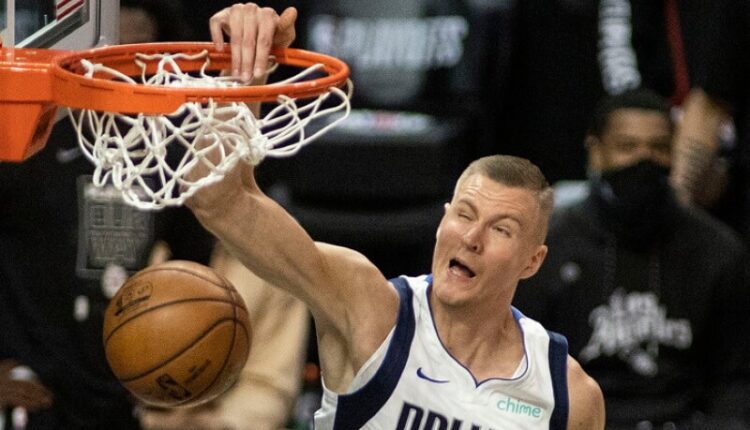 Everybody knows the stars of the league. It doesn’t take much skill to pick the best players from last year. The way you can win your leagues is through drafting the players that are set to breakout, either through improvement, minutes increases, role changes, or all the above. Stick with Fantrax. We’ve got you covered. Let’s dive into sleepers and busts at the center position.

Last year, he averaged 20 PPG, 9 Rebs, and 50 frowns per game in 43 games. I made the last stat up, but it’s no secret that the marriage between Luka and Kristaps has been rocky. I don’t blame either of them for not liking the other’s play style. They don’t compliment each other very well. Luka is a ball-dominant guard who can do everything (except shoot) at an elite clip. Kristaps is a ball-dominant forward who prefers to be out on the wing. I’m a firm believer that great players figure out how to play together, if they want to. It appears they want to. If you can get 20 and 10 from a player on a lackluster year, imagine if he becomes a bigger part of the offense.

I think we’ll see that. With Jason Kidd as the new head coach, someone who’s a HOF talent because of his ability to distribute the ball, I’m willing to make the bet that the Mavs will want lower usage rate from Luka this year. Getting more of his teammates involved. Last year, he played a lot like Houston James Harden. Because he had to. The problem is that you can’t win like that. Defenses can key in on you, and then there’s no secondary option. That secondary option needs to be Kristaps this year. If that’s the case, expect a jump in production.

The Rockets have had an incredible draft and offseason. I was blown away by some of the moves they’ve made, and to be honest, I’ve pegged them for the 8th seed in the West. After 2 years of a rebuild. That’s how high I am on Houston. You heard it here first, and don’t let anyone take credit for that take. Not even the Houston front office. Anyway, Alperen averaged 19 and 9 as the Turkish League MVP. At only 18. Hmmmm…overseas child prodigy? LaMelo Ball? Luka Doncic? Pretty good formula for finding talent, if you ask me.

For some foreign centers, they are very slow and I wonder if their game will translate. Alperen Sengun’s game will translate. He’s got quick feet, and he’s a skillful big, with a soft touch. If Pau Gasol moved like a forward, you’d have a good idea of what you’re dealing with. He’s an intuitive passer. He also plays tremendous help defense. I think he’s what the Warriors wanted out of Wiseman last year, but he hasn’t played as much basketball as Sengun. He was 4th on my personal big board behind Green, Cunningham, and Moody in the draft. He’s also so young so you can mold him into whatever you need. That’s good flexibility with him playing alongside Chris Wood. He averaged 15 PPG, 11 Rebs, 3 Blks, 1 Stl, and shot 38% from 3 in Summer League. Scoop him up and let the wins flow.

He got the deal he deserved. $100M for a player with his ceiling, is well within his market value. This is fantasy basketball though, and the Cavs aren’t exactly building their team around Allen. Colin Sexton is in trade rumors, they drafted another center in Evan Mobley, and quite frankly, Allen doesn’t have the best stats either. At least for where you’d need to draft him. He gave us 13 PPG and 10 Rebs last year. On 30 minutes per game. It’s hard for me to envision a jump for him, especially with a ball-dominant/shoot-first point guard, and a competing young center playing alongside him. I’ll be avoiding Jarrett Allen. You can find a cheaper source for a double-double.