The second base position is not very attractive from a fantasy baseball standpoint. It does not have a single player in the top 20 overall picks, and the position quickly gets convoluted when going down the rankings. With that said, there are players that show a glimmer of hope. Players that look like they could be on the verge of a breakout, or at least give you a significant advantage over their second base counterparts. Here are my top five second base sleepers heading into the 2021 fantasy baseball season.

Second Base Sleepers for 2021

While KBO success doesn’t always translate over to the MLB, it’s hard not to trust someone with the profile of Kim.

He has a career 13.7% strikeout rate versus a 10.4% walk rate. Also, he has maintained a career .373 OBP and an .866 OPS. If he plays every day in San Diego as expected, he is a legitimate 20-20 threat with a high batting average. While NFBC has picked up on Kim quickly at ADP 169, he could still be an excellent value going outside the top 100. Think Cavan Biggio with a higher batting average. Pay attention in spring training, if Kim is verified as the every day second baseman (or utility man), he has top-five upside at the position and offers as much upside as any of the second base sleepers on this list.

While France won’t see much, if any time at second base this season, he still qualifies at the position. France should be the everyday designated hitter for the Mariners, and simply put, he knows how to swing a bat.

Look no further than his 2019 Triple-A season where his stat line was as follows in 348 plate appearances: .399 / 83 / 27 / 89. I did not mistype that. He nearly hit .400 in over half a season, and his counting stats look like a full season’s worth of games. While his MLB career hasn’t seen that sort of production, he has been solid when given the opportunity.

While that might not seem like much, France severely underperformed from a power standpoint in 2020. Despite having a 56th-percentile barrel rate, he only had an 8th-percentile exit velocity. France is too powerful with the bat to sit that low consistently. I believe there was a power outbreak waiting to happen, and 2021 will show that. 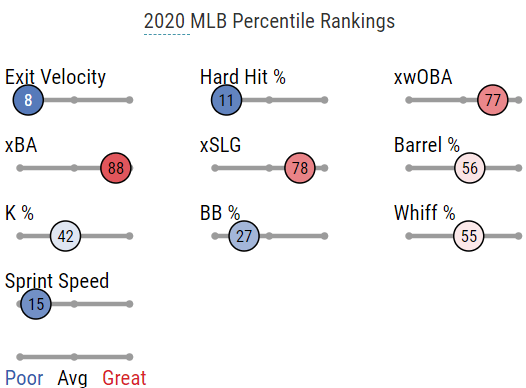 Scott Kingery is like a bad habit that can’t be kicked. There is so much raw potential in the Phillies’ third baseman, but he has not been good for fantasy teams during his time in the MLB. Coming up in the minors, Kingery had an above-average hit tool, with average power, and plus speed.

Kingery is not that bad of a player. He fell victim to COVID-19 in June, and simply never got into a groove. If we take 2019 as a possible outcome for Kingery, he offers solid value and is one of the more under-appreciated second base sleepers on this list.. If he takes a step even further, suddenly we are talking about a borderline top 100 player. Kingery is well worth the risk late in your draft.

This will be a wise decision to some, and a terrible decision to others. There arguably isn’t a player going in this range that is more hotly debated between believers and doubters. It’s not because Madrigal can’t hit, we all know that he is elite in terms of putting the ball in play. And it’s certainly not because of his speed, as his 77th-percentile sprint speed makes him a 20+ stolen base threat. So what is the issue?

It’s his lack of power and his position in the White Sox lineup that has critics saying he’s a better real-life player than a fantasy player. When I say lack of power, I mean it. Madrigal had zero barrels on 96 batted balls in 2020. In two minor league seasons, he hit four home runs. In a day and age where power is aplenty, having Madrigal as an every day player gives his owner a significant disadvantage.

The other issue, as mentioned, is the fact that he projects to hit ninth in the White Sox lineup. That doesn’t look to be changing either, as Tim Anderson seems to have a stranglehold at the top of the order. These concerns are valid. But we are talking about a player going near pick 200 (or round 14 in 15-team leagues). The thing to focus on here is does he help in at least two or three categories? The answer is yes.

The two categories that are arguably the hardest to attain in fantasy baseball are batting average and steals. Madrigal will provide both at worst. He is arguably the toughest hitter to strike out in baseball, so he is always putting the ball in play. If he gets on base, all of a sudden he has elite hitters driving him in, bringing his run totals up. Pick 200 feels like the floor for Madrigal, and he has plenty of wiggle room to sneak his way into solid run totals to boost his value even further.

If this name isn’t recognizable to some, go check out the recent Francisco Lindor trade to the Mets. Gimenez played often for the Mets in 2020, and produced admirable numbers in 132 plate appearances. He hit ..263, with 22 runs scored, three home runs, 12 RBI, and eight stolen bases. Here are those numbers extrapolated out to 600 plate appearances:

Well, that is quite the upside when looking at those numbers. If he can figure out how to return even 80-percent of those numbers, he will smash his ADP.

Another factor supporting Gimenez is the fact that in 2020, he most commonly hit 7-8-9 in the batting order. He only hit leadoff one time. For Cleveland in 2021, he currently has little competition to be the leadoff hitter, and he’s currently favored to be just that. Fantasy players have to pay attention to a player that had 94th-percentile speed and now looks like he could possibly hit leadoff. That upside alone puts him among my top-5 second base sleepers. 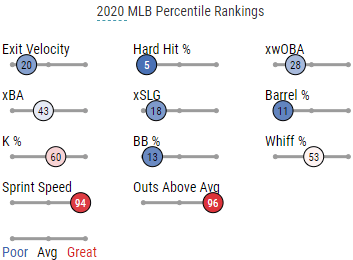 Even if the Indians’ lineup isn’t good, Gimenez will safely overperform his ADP if given the leadoff spot. He doesn’t hit the ball hard, which some people will knock. But he does limit his strikeouts to below league average rate. With his speed, as long as he is putting the ball, he will always threaten at least a .260 average. While it may be a bit too optimistic to expect that ridiculous 600 plate appearance pace from 2020, his floor at leadoff would look something like 80 runs / 10 HR / 60 RBI / 20 SB. The potential for a top-five starting second baseman is there for the taking with Andres Gimenez.

Other Names to Watch

Are you buying into Justin’s Second Base Sleepers for 2021? For more great rankings, strategy, and analysis check out the 2021 FantraxHQ Fantasy Baseball Draft Kit. We’ll be adding more content from now right up until Opening Day!