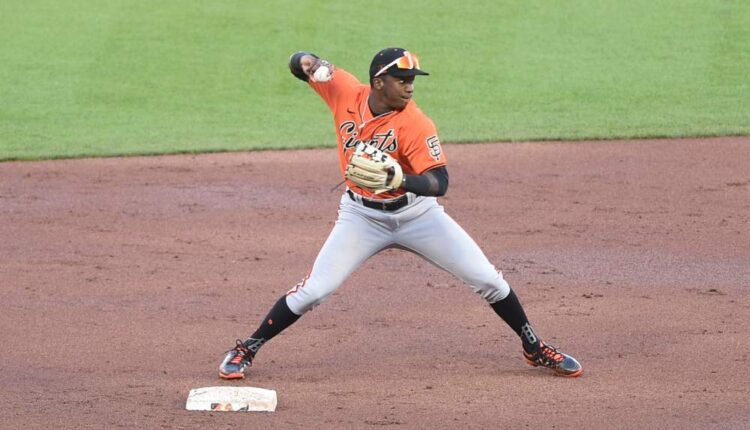 We now finishing out the National League with our 2023 San Francisco Giants Top Prospects for dynasty leagues. It was an underwhelming season for San Francisco fans after their 107-win season in 2021, but Giants fans can always boast about the fact that they have three World Series Titles in the last 13 seasons thanks to Buster Posey, Hunter Pence, Pablo Sandoval, Brandon Crawford, Matt Cain, Tim Lincecum, Madison Bumgarner, and many others. And who could forget the charismatic and bearded wonder, Brian Wilson closing out games? The Giants always seem to remain competitive and they have plenty of talent on the way to help out at the Major League level.

However, the majority of their top prospect likely won’t be up in 2023. Top pitching prospect Kyle Harrison likely will, but top bats like Marco Luciano, Luis Matos, Grant McCray, and others have an ETA of 2024 or later. If the Giants lose Carlos Rodon via free agency, they at least have one of the best pitching prospects in baseball ready to step in at some point this summer.