Running Backs Who Can Thrive in Timeshares 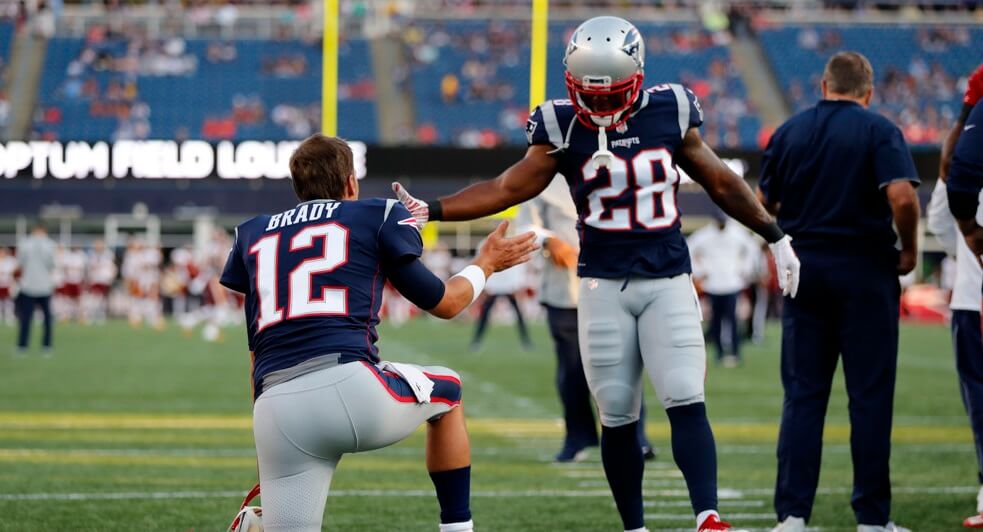 Running back committees are more the norm than the exception in today’s NFL. As much as we would all like to own bell-cow backs and avoid timeshares, that is simply not realistic in this day and age. However, this is not necessarily a bad thing. There are several situations where the ADP of running backs with upside are a bit depressed. This is a byproduct of the uncertainty surrounding these backfields as training camps officially get underway. That presents a potential discount for many of the running backs involved in these committees. Here are my thoughts on a few of the backfields that are up for grabs and a few running backs who I think could break out of their timeshares and provide value for the 2019 fantasy football season.

Running Backs Who Can Crack Their Timeshares

I know what you’re thinking – these guys already had breakout seasons in 2018! Indeed, that is correct. But I wanted to include these names to prove a point. Many people see or hear the words “timeshares” or “committees” and immediately get scared off. We must get away from that antiquated line of thinking. Nobody is carrying the ball 25 times a game anymore. Saquon Barkley finished second in the NFL in carries last season with 261. That is an average of 16.3 carries per game. James White finished last year as an RB1 in both Standard and PPR leagues, while Cohen was an RB1 in PPR leagues and an RB2 in standard formats. Neither player carried the ball 100 times, touched the ball 200 times, or exceeded 1,200 yards from scrimmage. The NFL in 2019 is not your parents’ NFL. It’s not even your older sibling’s NFL.

Fantasy owners are hedging their bets when it comes to both the New England Patriots and Chicago Bears running backs. Even after witnessing White and Cohen thrive last year, they see Sony Michel and Damien Harris in New England, or David Montgomery and Mike Davis in Chicago and worry about White and/or Cohen not getting enough volume every week to remain relevant. This is creating a scenario where White and Cohen are again in line to exceed value by a considerable margin. Do we really think that Bill Belichick and Matt Nagy are going to deviate from what worked so well last season? Owners are drafting White and Cohen 30th or later in standard leagues, and 24th or later in PPR leagues. Both backs will easily exceed those thresholds barring injury.

For the record, I also like Michel and Montgomery. Michel finished as an RB2 in standard formats last year and should be the early-down back in New England. He averaged just over 16 carries per game during the regular season and was a beast during New England’s Super Bowl run. Michel averaged 112 rushing yards and two touchdowns per game in the playoffs. He does have some long-term concerns with regards to his knee, but I do not expect much of a decline in 2019. Montgomery is projected to take over lead back duties in Chicago following the trade of Jordan Howard to Philadelphia. Montgomery forced 99 tackles on 257 carries at Iowa State last season and profiles to be the “thunder” to complement Tarik Cohen’s “lightning”. I would not be surprised to see both Montgomery and Cohen exceed value in 2019.

The Philadelphia Eagles enter 2019 with a new one-two punch in their backfield. Philadelphia acquired former Chicago Bears running back Jordan Howard for a sixth-round draft pick and then drafted Penn State running back Miles Sanders in the second round of this April’s NFL Draft. This is yet another case where both backs could be solid values. Each is going outside the top-30 among running backs in both standard and PPR leagues. I think that Sanders possesses the better upside of the two, particularly in PPR leagues. This is interesting to me because Sanders’ ADP is lower in PPR (RB33) than it is in standard (RB31). Jordan Howard’s issues catching the football have been well documented, and I would expect Sanders to see the bulk of the receiving duties out of Philadelphia’s backfield.

Philadelphia returns all five starters to an offensive line which ranked sixth in run blocking last season according to Pro Football Focus. For those who buy into preseason strength of schedule, the Eagles also have the third-easiest strength of schedule for running backs. We know that Doug Pederson is notorious for rotating his running backs, and the Eagles have plenty of options at their disposal including receiving threats Corey Clement and Darren Sproles. Each could theoretically threaten Sanders’ workload. But I believe that talent eventually wins out, and Sanders has the best all-around skill set of all of Philadelphia’s running backs. If Howard, who averaged just 3.7 yards per carry last season, struggles out of the gate, Sanders could end up getting the majority of touches in what should be a prolific offense in Philadelphia.

Do you remember when Jerick McKinnon was being selected as a third-round fantasy pick? Well you should, because it was only a year ago. Granted, a fair amount has happened since then. McKinnon tore his ACL before the beginning of the season, then watched as Matt Breida had a solid season in his absence. San Francisco then signed former Kyle Shanahan disciple Tevin Coleman to bolster their backfield this winter. Considering Coleman’s familiarity with Shanahan’s offense, McKinnon’s path to fantasy stardom has some roadblocks. But owners are drafting McKinnon outside the top-40 at the running back position. I want upside that late in drafts, and McKinnon has plenty of it.

McKinnon finished as an RB2 in both standard and PPR leagues in 2017 despite being a non-factor in his first four games. Once he became a more featured part of the offense following a season-ending injury to Dalvin Cook, McKinnon thrived. Per Pro Football Focus, he graded out as a top-20 runner among ball carriers with at least 100 carriers, and as a top-10 receiving back among those with at least 20 receptions. This is a player with an exceptional all-around skill set in an offense that should be much improved. Coleman and Breida will certainly pose threats, but McKinnon has the ability to emerge as San Francisco’s leading fantasy running back.

LeSean McCoy has been a solid back for a decade but suffered an alarming decline in productivity last season. Now 31 years old, his best years may be behind him. McCoy is still the projected leader of Buffalo’s backfield for now, but there are already rumors that Buffalo may try to trade or release him before Week 1. Even if McCoy survives training camp and begins the regular season in Buffalo, his job as the starting running back is ripe for the picking. Enter Devin Singletary.

Singletary was born in September 1997, which is also when backfield mate Frank Gore began his NFL career. Gore had one of the most efficient seasons of his illustrious career in 2018. However, Gore failed to exceed 30 snaps in any game last season. If the Bills indeed cut ties with McCoy, Singletary would be in line to see plenty of opportunities. Singletary has shown a nose for the end zone, rushing for 54 touchdowns over his final two seasons at Florida Atlantic. Fantasy owners are far too low on Singletary in my opinion. They are taking him 59th among running backs in standard leagues while McCoy is 35th. I think the odds of Singletary outproducing his ADP are far greater than those of McCoy doing so. I have Singletary as my RB40 which is slightly higher than I have McCoy and Gore.

Last season, Ronald Jones was going far ahead of Peyton Barber in drafts well into the summer months. To say that Jones disappointed would be a massive understatement. Jones finished his rookie year with a paltry 77 yards in nine games. Barber, meanwhile, was a decent compiler as Tampa’s lead back. He had 234 carries last season which was good for ninth in the NFL. Despite the volume, Barber was only a fantasy RB3 for the season. He averaged just 3.7 yards per carry and finished the year with only 92 receiving yards. After Barber’s lackluster showing, drafters are once again willing to draft Jones over Barber. However, this year, Jones’ ADP is a lot more palatable. Owners are selecting Jones right around pick 100 and just outside the top-36 running backs.

While there is some obvious risk associated with Jones, there is virtually no upside to drafting Barber. Jones has not shown much since his days at USC. However, I would argue that he has the higher ceiling of the two. Upside is one of the keys when trying to figure out which backs could break out of their timeshares. That is why I am willing to take a shot on the former second-round pick in the middle rounds. I would not be comfortable with him as an every-week starter right away, but I cannot imagine new head coach Bruce Arians committing to Barber for a full season. I like Jones as a stash in standard formats and as a target in best-ball leagues.

Which RBs do you think can break out of their timeshares and become fantasy values? Head on over to the 2019 Fantrax Fantasy Football Draft Kit for more great strategy, analysis, and rankings.