Running Back Trends: Why History Says To Grab One in First Round 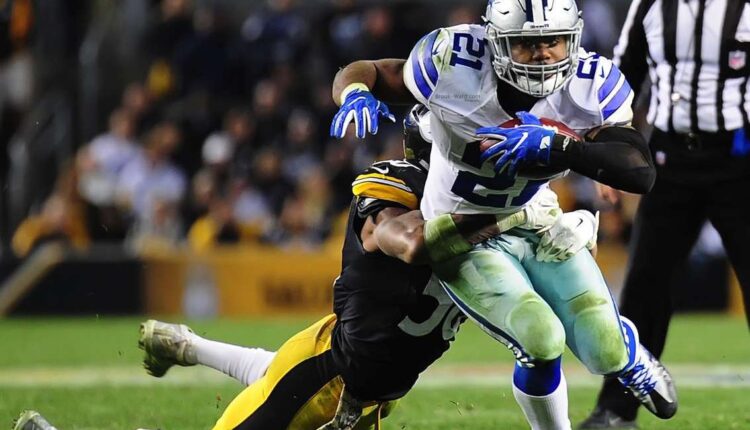 The NFL game has changed in recent years. Gone are the days of running the ball and playing strong defense, and in are the days of high scoring offenses, and pass-happy offenses. The change in play style has greatly impacted fantasy football as well. No position may have been more affected than running back. We have gone from the days where running backs filled the first couple of rounds in fantasy drafts, to having a strategy completely based off of ignoring the position (ZeroRB). Two years ago the first few picks were all receivers, but in recent years we have started to see the big name backs once again populate the first round, all while “Running Backs don’t matter” is all the rage.

There is so much emphasis put on who to select in Fantasy Football, but before you even get to deciding that, you should have a strategy you want to employ in mind. And before you come up with that strategy you should know the latest statistical trends!

Where Have All the Workhorse Running Backs Gone?

Running Backs Are Rushing Less Than Ever

The next question has to be: do running backs make up for the loss of carries by heavier involvement in the passing game? Last year backs averaged 14.1 targets per game, which ties for second most since targets became an official stat in 2009. Last year tied with 2015 and trailed only 2017, so yes, running backs are being more heavily targeted than they were even a decade ago. They averaged 10.7 receptions per game, the fourth most since 2000. This is a useful stat to know because you should be targeting backs that will be used both on the ground and in the passing game. For instance, the lack of usage in the passing game is the reason I struggle to get excited about Derrick Henry.

The decline in usage is a continuing trend in the NFL. Since 1970 (49 seasons), there have been just nine years where running backs averaged 57-or-fewer touches per game. All nine have occurred since 2010, with 2018 being the lowest ever at 53.4. You should expect this trend to continue, as more and more teams are employing a pass-first system.

For more insight into the running back position, check out our 2019 RB Rankings for Standard Leagues.

Workhorse RBs are a Dying Breed

Gone are the days where teams had a lead running back who they would hand the ball off to 25+ times a game. This is nothing new, but the workhorse back is officially an endangered species. Below is a table with the average number of running backs with 250-or-more touches by season. I broke it up into five year intervals (four years for the latest interval) and gave you the average number by season.

As you can see, in the early 2000s, most teams had a workhorse back. That number decreases by over 10 running backs per season in recent years. In fact, it may be even worse than you think. The last season where there were at least 15 running backs (less than half the starters in the league) was in 2013.

This is perhaps the most important strategy defining stat you will read in this article. With fewer and fewer running backs getting 250 touches, you need to ensure you get one. If recent history is any indication, there will be between 10-13 running backs who see 250 touches this season. All those projected to see that many touches will go in the first two rounds. In fact, they are probably all off the board by the middle of the second round.

If you have an early first-round pick this year, you NEED to invest in a running back. If you are in the middle of the first round, you likely need to do the same, or else you are playing a very dangerous game. At the end of the first round allows you the leeway to nab a receiver if you choose, as long as you take one of the top backs in the second round. However, I still prefer to nab a running back first, and get whichever of the elite receivers falls to me in round two. Basically, I will be taking running backs in the first round of all my drafts this season.

Knowing that there is a select number of workhorses also devalues the running backs that go later in the draft. These are the backs you will be selecting in rounds 3-6. Not all these backs are created equal and I am sure there will be some that I will want to draft. However, these are the backs that I feel like are most risky. We know they are touching the ball less and we also know there is a lot of turnover at the running back position. These backs do not necessarily come with the job security of the elite (not all, but most). Think of some running backs who were going in that range just a year ago: LeSean McCoy, Kenyan Drake, Alex Collins, Ronald Jones, Rashaad Penny, Royce Freeman, Jay Ajayi, Marshawn Lynch, Carlos Hyde, Dion Lewis, Jamaal Williams among others. Of course, there were running backs that hit in that range, but the bust rate is significant. If you do not select one of the Top-10 or so running backs this year and plan to play catch-up by loading up in these rounds, you are setting yourself up for failure.

Week 9 Fantasy Baseball Recap: What you might have missed from 30 MLB teams