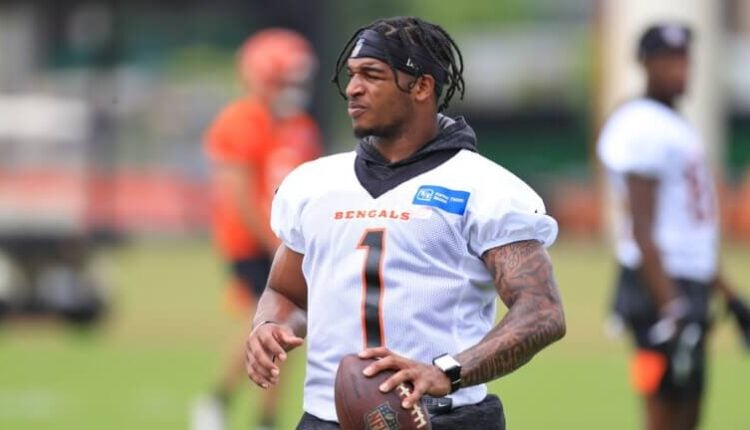 Most Rookie Pass-Catchers Are Not Week 1 Ready

We have seen the rise of the rookie wide receivers in the last two fantasy football seasons.  In 2019, the likes of A.J. Brown, Deebo Samuel, and DK Metcalf made sure everyone knew their names by the time fantasy playoffs rolled around; and justifiably so.

Deebo Samuel, following the San Francisco 49ers Week 9 Bye, was the WR17 from Weeks 10-16, on a points per game basis, and WR13 overall in total points scored.

Those types of players are what we call “league winners.”

However, rewinding to the 2019 fantasy football draft season, none of the above rookie wide receivers, nor their peers, were selected higher than WR40-45 in most leagues.  That is low-end flex or, in most cases, bench territory.

In 2020, the rookie wide receiver class had a lot of names for fantasy football managers to choose from.  With 2019 in mind, many wondered if any of these newcomers would step up as league winners, as well.  Even with big names like Jerry Jeudy, Ceedee Lamb, and Henry Ruggs, none were ranked or selected higher than WR45, if at all, last summer, again.

The standout from last season was obviously Minnesota Viking wide receiver, Justin Jefferson.  He finished as the WR10 on a points-per-game basis and the WR7 overall in total points scored. Nobody saw that coming.  His 2020 ADP would have looked a lot different if they had.

Jefferson was only targeted six times in the first two weeks and logged 5 receptions for 70 total yards, failing to find the end zone in either game.  If he was drafted in your fantasy football league, he was likely cut early.  He then went on to record 1,330 receiving yards and 7 touchdowns on 83 receptions. Go figure.

Amongst Jefferson’s class of rookie wide receivers, he was likely not even the first of the bunch selected in fantasy football drafts, if at all!  A few to go before him, perhaps Lamb, Jeudy, or Ruggs, finished as WR25, WR71, and WR98 on a points-per-game basis.  Others, who likely went undrafted, as well, such as Brandon Aiyuk, Chase Claypool, or Tee Higgins, finished as WR16, WR32, and WR36, respectively.

That brings us to the 2021 fantasy football draft yielding a rookie wide receiver class that many believe is better than the two prior.  So, where should we draft guys like Ja’Marr Chase, Jaylen Waddle, DeVonta Smith, or Rashod Bateman?

Here are the current ADPs for the top-10 rookie wide receivers prior to training camp:

As you can see, yet again, most of the rookie wide receiver class land in the rankings as flex or bench players to wait and see on.  Even with the gushing reviews of these young pass catchers, for fantasy football purposes, I would not recommend spending a mid-level draft pick or higher on anyone but Chase.

Ja’Marr Chase joins a Cincinnati receiving corps of Tyler Boyd and the aforementioned Tee Higgins.  What is significant about Chase is that he rejoins college teammate, former Heisman quarterback, Joe Burrow, in Cincy to pick up where they left off at Louisiana State University two years ago.  He will open his rookie season as a WR3 with obvious upside.

As for the rest of the group, if you want to spend a late-round draft pick on any of these names, and hope for this year’s Justin Jefferson, I get it.  I don’t even mind reaching a bit for Smith, Waddle, or Bateman if you especially like their landing spots.  I would just advise drafting experienced players to round out your fantasy football benches first.

It is extremely hard to predict how any rookie wide receiver is going to fair in the NFL.  What Jefferson accomplished last season was uniquely historic given his consistent production from Week 3 onward.

In a shortened span, later on though, players like 2019’s Brown and Samuel, or 2020’s Higgins and Aiyuk, do start to click in their offenses and can win you your fantasy football league.

There is a learning curve as most of these young players seek out comfortability transitioning from college to the professional level.  It does not happen overnight for a lot of rookie wide receivers in fantasy football.

Keep an eye on the 2021 class when training camp starts later this month.  There is plenty to love about these rookie wide receivers,  Expect a clearer picture of each’s role ahead of the season once they are on the practice field.

The best approach is to heavily monitor your league waiver wire for these names later on.  That’s when you get your potential league winner.