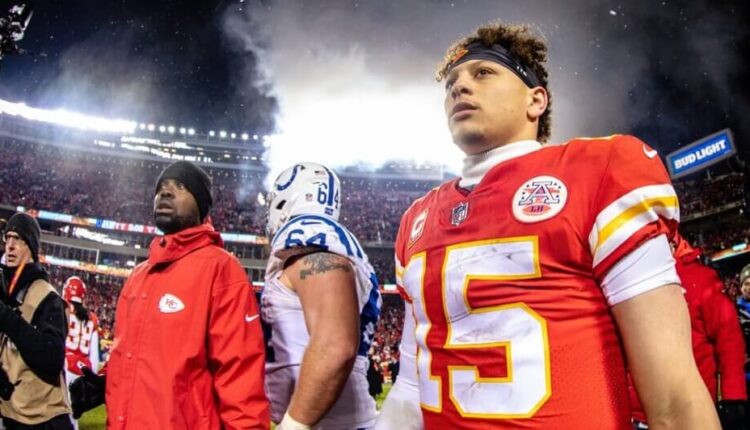 For my first article at Fantrax, we’re going to go big. We have three quarterbacks in this article who have combined for 13 Pro Bowls, with all three guys leading the NFL in fantasy points per game at one point of their career. Before we get to my QB busts I want to preface this article, with my strategy when it comes to drafting a QB. I truly believe that there are so many good quarterbacks nowadays that it’s silly not to wait on them, unless you’re in a two-QB league. There are easily 20 QBs out there who can finish Top-10 and there’s so much passing in today’s game, that any one of them can be valuable at any given time. That’s why I never take one of the top guys and you’ll definitely understand why after reading this…

Ok, maybe putting him among the QB busts is too strong of a term when talking about Mahomes but I have a hard time seeing him duplicate his absurd 2018 season. Calling him a bust is pretty stupid because he’ll likely finish as one of the highest-scoring players in fantasy but I can’t draft him at this price.

Last season’s numbers were simply bonkers, with Mahomes collecting 5,097 passing yards and 50 touchdowns. That equates to one TD for every 11.6 pass attempts, which is simply an unsustainable mark. What makes that even more amazing was the fact that he did most of that damage through big plays. In fact, Mahomes led all QBs with 9.6 adjusted yards per attempt, which led to him providing 75 plays of 20 yards or more and 15 plays of 40 yards or more. While he’s obviously one of the most talented QBs ever, it’s hard to see him duplicating those outlandish numbers.

What will really make that tough is the fact that he’ll seemingly be without Tyreek Hill and Kareem Hunt. Not only does Hill provide many of those monster plays, he opens up the rest of the field for everyone else with his elite speed. It’s unclear how much time Hill will miss but that’s a huge loss, to say the least. Losing a running back who tallied nearly 3,000 total yards and 25 touchdowns in his first two seasons hurts just as much, as 10 of those TDs and 833 of those yards came through the air. Damien Williams should do fine filling in but this offense simply won’t be the force it was last year with all that production out the door.

While I still expect Mahomes to have a big year, he’s simply not worth the second-round price tag with so many other good quarterbacks available much later in the draft. I absolutely never take a quarterback in the first four-rounds because you can wait until the late rounds of your draft and land a guy like Matt Ryan, Lamar Jackson, Drew Brees or Cam Newton. Anyone of those guys can finish right below Mahomes and you’ll get one of them nearly eight rounds later.

Listing Wilson as one of my QB busts saddens me because he is one of the best QBs in our game. While he’s one of the best real quarterbacks in the NFL, he’s simply not the elite fantasy option that many people think he is. Over the last three years, Wilson has finished outside the Top-8 QBs twice. What makes that even scarier is the fact that his offense is turning into a run-heavy force. The 32.8 rush attempts per game actually ranked second in the league last year while their 26.7 pass attempts per game was the worst mark in the NFL.

Fantrax currently has Wilson as the seventh QB off the board and that seems downright silly with the Seahawks throwing fewer times than any other team. What’s also worrisome is the fact that this running game is only getting better, with Rashaad Penny rising up the fantasy ranks. That means their only going to run the ball more, thus limiting Wilson’s opportunities. They appear to be limiting Wilson’s carries too, with the speedy QB setting career-lows with 67 carries and 376 rushing yards last year. He also failed to record a rushing touchdown for the first time and it’s clear the Seahawks want to limit the damage done to his body in those compact spaces.

The 35 passing TDs was an extremely fluky mark too, as he did that in just 427 pass attempts. That equates to 12.2 percent of pass attempts resulting in a touchdown, which is an absolutely absurd mark. Much like Mahomes, it’s an unsustainable result. The final piece to the puzzle is missing Doug Baldwin, as there’s simply not enough passing options on this team. That was a 90-catch, 900-yard guy who became a safety blanket for Wilson and it’s hard to see him finishing as a Top-10 QB with Tyler Lockett, David Moore and D.K. Metcalf as his three go-to receivers, especially with how little he’s throwing the ball.

There’s a trend in this article and it’s QBs missing their top WR. No one will be hurt by that more than Big Ben. It’s not just Antonio Brown that he’ll be missing, as Le’Veon Bell’s absence is a huge loss too. Since 2014, Brown has at least 1,284 yards in every season while recording at least 100 catches and 155 targets each year too. That would be one thing but he’s also losing Bell’s 267 catches and 2,261 receiving yards over the last four years. That’s a boatload of production out the window but what it really does is force Roethlisberger out of his comfort zone. These two guys have been his dump-off safety blankets and it’s hard to see him finishing Top-10 with so much production out of town. It’s not like they replaced Brown sufficiently either, as Donte Moncrief is simply not the same player.

While it’s different in every draft, Fantrax ADP has Roethlisberger as the 11th QB off the board and that’s simply too high for someone who will essentially have to run a new offense. If you look at total fantasy points by year dating back to 2015, Roethlisberger has finished 11th, 18th and 20th before finishing third last season. Much of that production came with the top receiver and top RB in fantasy and it’s scary to think how low he could drop without those two in the fold.