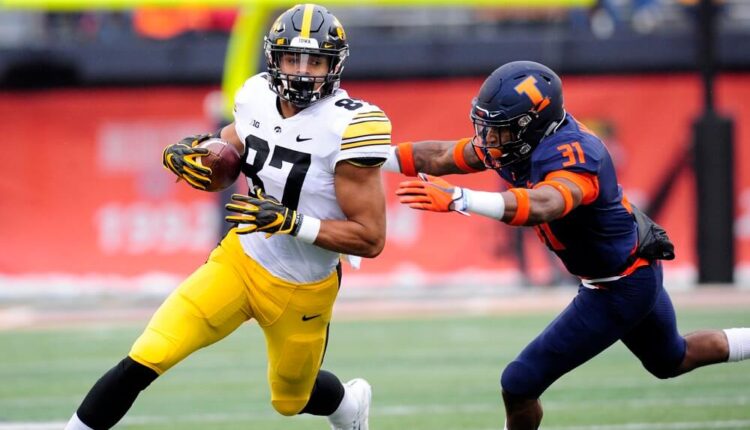 When we are discussing or covering fantasy football sleepers, not all of them are made the same for our 2019 purposes. It all depends on your scoring system. For this exercise, we need to distinguish between PPR sleepers and non-PPR sleepers. I won’t call the latter “standard” anymore. I would venture to bet that the most dedicated Fantasy Football players are playing in PPR formats nowadays. So here are some lesser or unheralded types that could see their reception totals boosted this year or provide more catches than expected, and can help you procure significant value for PPR purposes.

Andy Isabella: Larry Fitzgerald isn’t getting any younger, and Christian Kirk may be more of a field stretcher. Isabella has already drawn some comparisons to Cole Beasley, but he could ultimately become more productive for Fantasy purposes than Beasley was for Dallas.

Mark Andrews: He caught only 34 passes as a rookie, but started to display more playmaking ability later in the season. He returns as a familiar target for Lamar Jackson, who should look his way more often on key passing downs and near the goal line as both progress through their second pro campaigns.

Robert Foster: John Brown may take the top off defenses and Zay Jones is a red zone threat, but Foster may be leaned on frequently to make important catches. He caught 19 passes in his final four games last season. He and Beasley could be Josh Allen’s most dependable receivers in an improved receiving crew in Buffalo.

Noah Fant: This Denver rookie could be an instant impact player at TE. The position is very thin in Fantasy, and Fant could be the best pure pass-catcher in this year’s class. He’ll be a matchup problem for anyone that tries to cover him, and it won’t be surprising if he emerges as a Fantasy starter in his first pro season.

Chris Conley: He was never much of a significant factor in Kansas City, but Conley could create more of an opportunity for himself in Jacksonville, where no one has really stood out before. D.J. Chark has sleeper potential as a big-play guy, but Nick Foles needs to find a reliable target, and the veteran Conley could prove to be somewhat reliable if no one else steps forward to make key receptions.

Josh Oliver: Yet another rookie, and another TE on this list, Oliver has the opportunity to shine right away. A third-round pick of the Jaguars, he does need to improve his route running, but the athletic ability is there and he is not afraid to make the tough catch over the middle or near the goal line.

Demarcus Robinson: He only has 43 career receptions in three NFL seasons. But if Tyreek Hill gets suspended and Sammy Watkins gets injured yet again, someone other than Travis Kelce has to catch those rockets from Patrick Mahomes. You cannot expect too much from rookie Mecole Hardman too soon.

Gerald Everett: There is already preseason buzz that the Rams may get their TEs involved more in the offense this season. Everett started to flash more potential Fantasy appeal late last season, as he caught 14 passes in a three-game span from Weeks 14 through 16 and had a two-TD outing.

Mike Geisicki: He was non-existent as a rookie, but the Miami receiving corps lacks a reliable pass-catcher, and Geisicki can be a real presence near the goal line in scoring situations. A switch to Ryan Fitzpatrick or Josh Rosen this season could awaken a guy who was a sleeping TE giant in his first pro season.

Braxton Berrios: This Patriot is buried on the depth chart right now, especially after his first pro season was curtailed by injuries. New England drafted him late last season and he was summoning up comparisons to Wes Welker. If Julian Edelman gets injured or Tom Brady becomes desperate for another dependable WR, this slithery second-year WR could emerge from “nowhere.” Or this article, if properly attributed.

J.J. Arcega-Whiteside: We all know Alshon Jeffery has battled injuries in the past. If he misses more time this season, Arcega-Whiteside could be pushed into a prominent role for Carson Wentz as a rookie. JJAW is a big target with strong fundamentals who can make spectacular grabs. He has impressive leaping ability and could start to remind people of what Jeffery was in his better days with the Bears.

Donte Moncrief: He is being widely overlooked in early drafts and can be nabbed in double-figure rounds. James Washington was very unimpressive as a rookie and the Steelers signed Moncrief because they needed to solidify the WR2 spot across from JuJu Smith-Schuster. Moncrief is a big target who caught 13 TD passes in 2016 and 2017. He has never totaled more than 64 receptions, but this could be his best year yet as a preferred target for Ben Roethlisberger.

Trey Quinn: With Jamison Crowder gone, Quinn is expected to move into the slot, and he is a big guy who may be asked to catch a lot of important passes. No matter who plays QB for Washington, Quinn could emerge as the most trusted pass catcher and a respectable Fantasy source of receptions and possibly TDs.

Are you buying into Scott’s PPR sleepers for 2019? For more great rankings, sleepers, and analysis check out the 2019 Fantrax Fantasy Football Draft Kit.