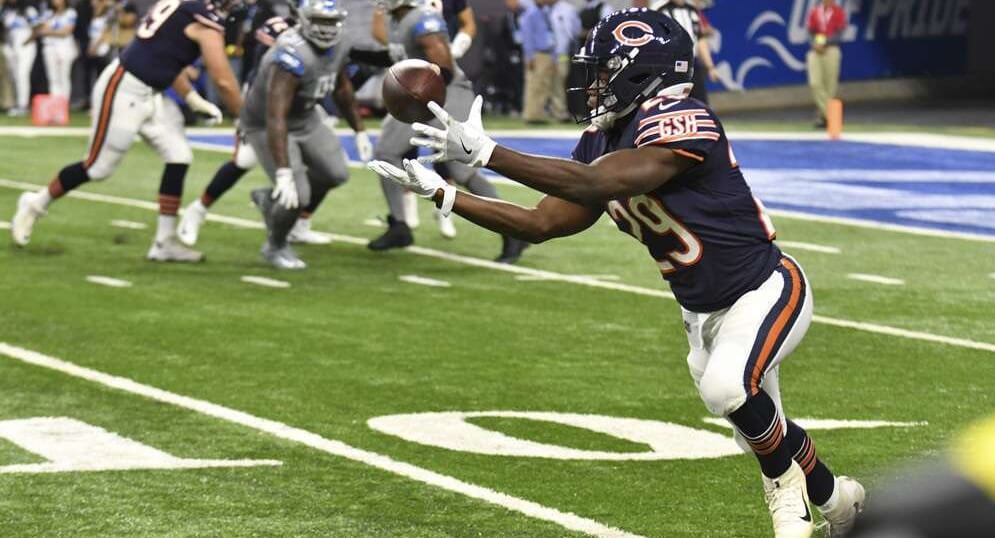 There are many ways to succeed in all fantasy football formats using different draft strategies. Your baseline approach should be relatively similar. Secure the positions that have multiple slots (mostly running backs and wide receivers) in your roster early and often to solidify the foundation of your team. Doing so will allow you to fill the remaining roster spots with value picks while adding the needed depth at those “multiple slot” positions. Today we’ll break down the keys to a winning PPR draft strategy as it continues to become almost the norm.

A lot of times, it’s tempting to think “wide receivers all day” in PPR leagues because they are, after all, the position that catches the majority of the passes. That may have been a good idea in the past but the truth is, running backs still hold a ton of value because more and more RBs are catching the ball. Most running backs today are expected to have quality hands and at minimum, a decent receiving history in college if they want to appeal to NFL organizations. That expectation is why you will see the majority of first-round picks in fantasy football drafts are still running backs.

As the early rounds fade, you’ll begin to notice a shift in draft picks. Before you know it, everyone is drafting wide receivers because, at that point, the value and quality at WR will likely give you a better ROI on your pick. once the “elite” options have been drafted, the fun begins. When considering your next pick, don’t always look at final fantasy point numbers each player ended with last season. Your PPR draft strategy should look for “sticky stats” or targets, receptions, and yards (in that order).

Targets represent the number of opportunities a player gets. Just because their previous end-of-season stats didn’t translate doesn’t mean they won’t see a bump in production this year. How many opportunities (targets) did they get? Where did that rank among players that are being drafted ahead of them? Did the targets increase as the season progressed? Ask yourself these questions and correlate that with the offseason changes that player’s team has made. Did a good chunk of target share open up in that offense? Do they appear to be in line for an increased workload? Once you are able to get a good grasp on the answers to these questions, you’ll have a better idea as to the potential of that player. This will help you decide whether or not you should be picking them ahead of what the expert consensus average draft position (ADP) suggests.

Receptions can be translated to reliability. If a player has a higher than average catch rate (percentage from receptions divided by targets), then it’s easier for quarterbacks to trust that player. This often results in an increase in targets. Sometimes, these receivers do not get the target volume right away even though they have proven themselves as reliable. It may take weeks before the quarterbacks find a rhythm in a new season’s offense and understand who deserves more opportunities.

Take a look at players from the previous season that had great catch rates but maybe not a great target share. When coaches consume that information (whether the player remains with the team or is traded), they should consider getting that player more involved in the offense. This is one example of a thought process behind production predictability. It may not always pan out but when it does, you’ll benefit from the draft pick and look smart among your league mates.

Yards are a direct result of production. Often when players accumulate a ton of yards, they are proven assets to their offense. You still want to understand how they earned those yards. Is their target and reception volume lower than usual if you compare their yardage total? Are they deep ball receivers? Are they great with yards after the catch? I know, more questions, but these are the things you need to consider in your thought process of selecting the right players for your fantasy roster.

Lucky for you, fellow Fantrax family member, Joe Pisapia and I collaborated on different draft strategies in “The Fantasy Football Black Book 2019”. We mock drafted together on each format to help enhance the content and advice provided in the book. Joe and I dedicated an entire chapter to auction, standard, PPR, superflex/2 QB, and best ball league formats. I’ll provide you with a sample below but if you want the Black Book and all of its glory for yourself, get it today and DomiNate your fantasy leagues!

Picks (1-4): Just because this is a point per reception league, doesn’t mean your PPR draft strategy should abandon the top running backs in the game. There is more depth at WR, especially in PPR where you should take a top RB with these picks and supplement with a volume WR in the late 2nd round.

Picks (5-8): This area of draft position is the tipping point. It happens a bit sooner than standard formats where you begin to see the top WRs coming off the board. Even if the top 2 WRs get taken, don’t panic. This is where you can get a great value on an RB that has fallen because of the PPR format bias. If one of the top 5-6 RBs are there, I’d go after them. If not, then grab one of those top 2 WRs here.

Picks (9-12): Once the top RBs and top 2 WRs are gone (presumably), It’s time for some math. Since you are close to the turn, you are lucky enough to grab a quality player from both the RB and WR position to begin your roster. I suggest you take a look at the next X number of players available and see how many quality WR vs RBs there are. This way, you can begin with the position that has fewer top assets left and then pick from the best of the other position with your turn pick.

How a 10 Team League Changes Your PPR Draft Strategy

Although there will be less urgency to balance roster spots early with 10 teams, you may want to use the lack of urgency to your advantage. If you can, get yourself a top RB with your first pick but then load your roster with pass catchers as you will have more time to draft a solid RB2 for your roster. Running backs are important for your team but you must follow the supply and demand of each draft.

How a 14 Team League Changes Your Approach

Similar to what I said in the Standard chapter, you will want to balance your roster fairly quick before you get into the mid to late rounds. More teams mean more time between each pick, which means the talent pool drains faster. If you don’t grab a top 3-4 tight end, then it may be best to punt the position and grab a late round sleeper. You can wait on QB as well and should be. Stock up on WRs and RBs until the talent pool is “meh” and then fill out the rest of your roster.

If You Can Pick Your Draft Slot

I would love to have a pick closer to the turn in PPR drafts. I feel like I can still get a top RB in that position and compliment it with a top WR before they disappear. Also, the RBs fall a bit further in these drafts calming the urgency to draft your second and third RB. I love drafting RBs as I feel it creates a solid foundation for your fantasy team but in this format, it’s nice to sit back on the position a bit more.

How You Can Go Wrong In This Format

Running backs are still a vital piece of your roster in PPR. Do not overreact to the WRs coming off the board at a faster pace in this format. You could find yourself in a situation where you draft a bunch of WRs and are left picking at RB scraps. Often time when this happens in drafts, you end up trading some of the top WRs you drafted for RBs you could have taken instead. This could leave your team feeling very flat if you trade out of desperation. Just remember, every draft is different and your PPR draft strategy has to adapt to the draft you are in.

Are you down with Nate’s PPR Draft Strategy? If so you need to head on over to the 2019 Fantrax Fantasy Football Draft Kit for more great strategy, analysis, and rankings.