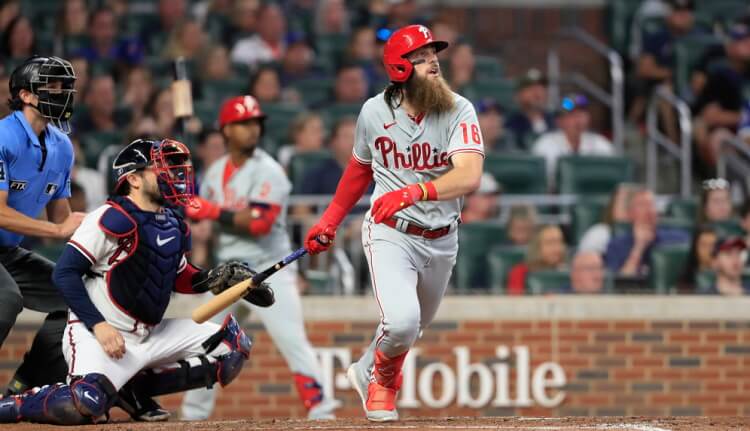 Looking back at last year’s trade deadline, the flurry of moves that happened was quite impactful. With so much talent involved, a lot of postseason pushes were helped by the trades made then. That being said, it’s interesting to examine certain players and their production both before and after their move. This is done to see how their new environment affected their play down the stretch.

Brandon Marsh left Anaheim a complete and utter mess, as his career seemed to be derailing with disappointment. He came from having a promising career when he began in 2021 to someone who could not stop striking out. Still, his defensive prowess is what intrigued an already talented team in the Phillies, as they were willing to give him a chance in center field. After his arrival, things seemed to change for Marsh, as he regained some of the success he had found in his earlier days.

Over his tenure with Philadelphia, a lot of good things happened. First of all, he altered his batting stance. His new team was able to guide him to use his lower body a bit more while lowering his backside. This was done in the hopes of generating some power. Secondly, the results with his new team were eye-opening. He lowered his chase and miss rate significantly, while also limiting his in-zone swing and miss. Marsh also saw a steady rise in his barrel rate while lowering his strikeout rate by nearly 7% total. What does this mean for the 2023 season?

Dombrowksi on whether Brandon Marsh will become an everyday CF now: "We've been hopeful that he would be that type of player, but we think he can continue to grow versus LHP, so yes, we do think that will be the case. We don't look at him as a platoon type of player."

Heading into next year, it’s looking more and more like playing time will not be an issue for Brandon Marsh. He will get an extensive look in center field, and his glove is one of the main reasons for that. However, since arriving in Philadelphia, hitting coach Kevin Long was able to tap into something. With an entire offseason to work on it, there’s a chance that Marsh finally lives up to his full potential. Possessing an ADP of 279.30, he’s worth a shot later in drafts as there’s a possible 20/20 bat in that profile.

One of the surprises last season was the emergence of Brandon Drury. A journeyman of sorts, he had some seasons with moderate success but was overall someone that you knew would be there in a reserve role. His breakout was highlighted in both June and July, where he did most of his damage hitting .305 with 12 home runs. At the trade deadline, the struggling Reds traded him away.

When he arrived at a loaded lineup in San Diego, he was given time to play all over the field, with most opportunities given at first base. His production with the Padres was nowhere near the quality it was in Cincinnati. 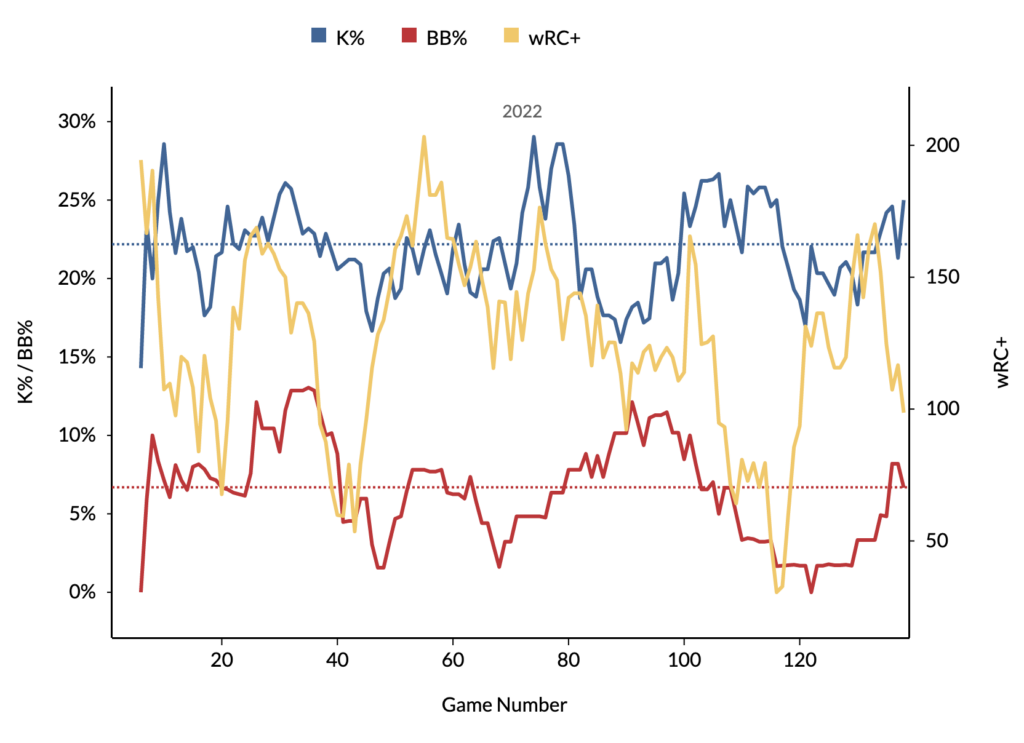 It seemed as though he tried to do too much at the plate. After 92 games in Cincinnati, Drury began striking out at a career-high rate for the remainder of the season. He couldn’t put anything together that resembled his first half. As a result, he subsequently left the Padres in the offseason and signed as a free agent with the Angels.

Heading into this season, Drury arrives with a tentative hesitancy to repeat. For years he has struggled, but since the middle of 2021, he has been quite the capable hitter. While the number of games and counting stats won’t show it, his Hard Hit Rate and Barrel Rate both increased in his limited time with the Mets. Perhaps some gains there led to a half-season of success in Cincinnati? And maybe switching over to first base mid-season on a new team was too much for Drury to handle mentally and physically? All are possible, but with an ADP of 201.81, Drury is more or less depth on your bench in case he does sustain the gains he made.

For years, Jordan Montgomery was a pitcher that defied logic. With a four-pitch arsenal and a developing fifth pitch, it was always a conundrum as to why he couldn’t be better than he was. After two years of struggles and an inability to keep runners off base, Montgomery finally found some success with the Yankees to start the 2022 season. It was through this success that he was subsequently dealt away for Harrison Bader.

Once he arrived in St. Louis, things started to work out for the lefty. He surrendered just one run over his first 28.2 innings with the team, which included a one-hit shutout at Chicago. The question of why this happened may have been because of his fastball.

Jordan Montgomery's confidence in his fastball has followed him into recent outings for the Cardinals.@Ken_Rosenthal has more on what to expect from him tonight: pic.twitter.com/10FvjXzRQ7

His fastball usage skyrocketed in St. Louis, which was one of the main reasons for his success. While with the Yankees, he threw the pitch only 8.5% of the time, but after a handful of games with St. Louis, that number rose to over 32%. He relied on his sinker less than he did in New York, but just enough to keep it relevant. Conversely, he all but eliminated the usage of his cutter, throwing it just six times as a Cardinal.

Moving into the new season, Montgomery needs to continue this momentum by utilizing his strengths. He’s quite confident in his fastball, and it will most likely be his best pitch. Doing this, alongside mixing in his other pitches, should allow him to keep getting strikeouts and groundouts while he pounds the lower half of the strike zone. While there is some worry about his final four games in which he posted an ERA well above six, his track record of success suggests that is a blip on the radar. With an ADP of 168.52, he seems like a safe bet to once again be a solid SP4 with a moderate SP3 upside.

Coming back from cancer in 2021, Trey Mancini’s off-field heroics are an incredible story. During this past season, he was a force on the field for the Orioles, despite the new ballpark dimensions. His underlying metrics showed someone who had a lot of red on his statcast page just before he was traded to Houston. Unfortunately for him, Dusty Baker didn’t use him as often as he probably should have, and inconsistent playing time led to inefficient production.

Trey Mancini has now signed a two-year contract with the Chicago Cubs. From the outset, the Windy City seems like a favorable landing spot for the veteran.

Had Trey Mancini played all his games at Wrigley last year, he would have hit 34 homers. But because he played in Baltimore and other larger ballparks, he only hit 18. pic.twitter.com/OeaLvZjvay

While those expected home runs are a nice indication of what could happen, they’re not definitive proof that he will be a slugger in 2023. Nonetheless, it’s a great place for him to play for many reasons. First, Mancini’s eligibility allows him to play in multiple places around the field. He can be slotted in at either corner outfield slot or first base, if and when other players need a day off. His competition at first base is nowhere near set in stone, with rookie Matt Mervis and veteran Eric Hosmer being those in his way.

He also does well against both left-handed and right-handed pitchers, as his career splits are almost identical (.266/.331/.459 vs LHP and .265/.330/.456 vs RHP). This should give the team more options on any given day, regardless of who the team is facing. Finally, his current ADP of 280.77 makes him a great bargain, as there’s a chance to draft a 25-home-run hitter late in drafts. While he shouldn’t be counted on to be your first option at first base, he’s definitely worthy of being a depth piece there or in your outfield.