Post-Hype Sleepers for Fantasy Football in 2019 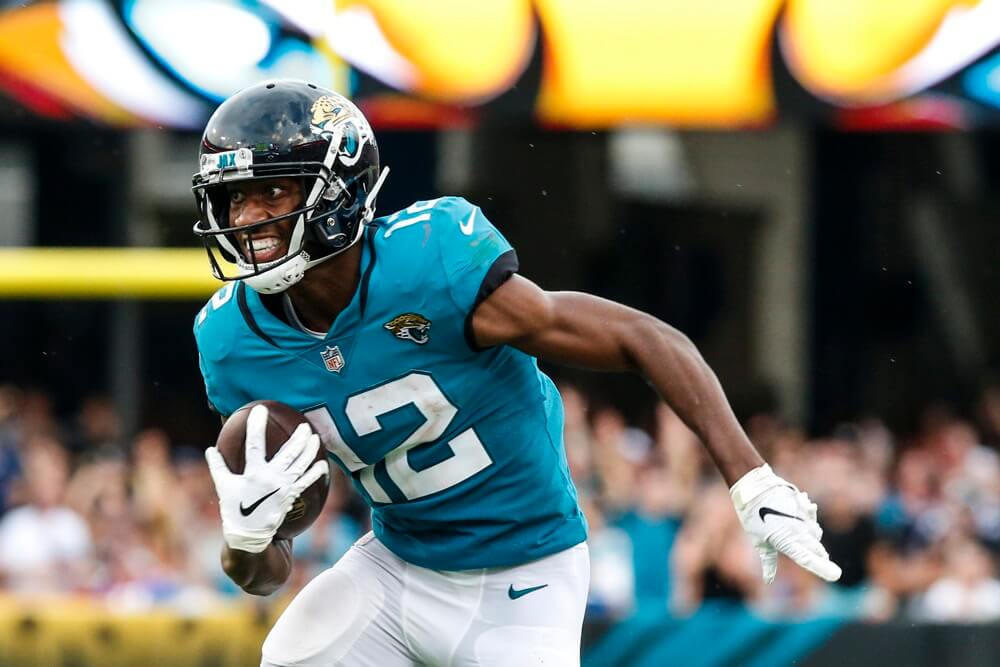 They are the guys you may be afraid to go back to after you have already been burned by them as potential sleeper types or breakouts. These are the players who you heard all about before, and they just did not deliver on expectations as hoped. As a result, they now can be acquired at value prices/rounds in this season’s drafts. Take another shot with these ppost-hype sleepers in 2019, and the reward may be there when you are willing to give them another chance to prove themselves this year.

Ricky Seals-Jones, TE, Cardinals: He was a sexy sleeper mention in the 2018 preseason after he flashed some reception and scoring potential during a late-season three-week stretch in 2017 when he caught three TD passes and totaled 170 receiving yards. But he fizzled out to the tune of 343 receiving yards and one TD last season. The QB outlook has instantly improved in Arizona this season with the drafting of Kyler Murray, and at 6-5, 243 RSJ can be a prime big target for the rookie, especially near the goal line.

Trey Burton, TE, Bears: After finally getting out from the No. 2 depth chart spot behind Zach Ertz in Philadelphia, Burton was supposed to break out in his first season in Chicago. He did catch four TD passes in his first six games, but scored only twice thereafter and did not have a game over 40 receiving yards during the second half of the schedule. In his second season in a Matt Nagy system, he could break out, especially with more consistent play from QB Mitchell Trubisky. The Bears offense may be a sleeper as a whole. Burton could be the poster child for post-hype sleepers.

Royce Freeman, RB, Broncos: He was supposed to quickly emerge as Denver’s new lead RB after he was drafted in the third round by the Broncos in 2018. But undrafted rookie Phillip Lindsay outplayed him from Week 1 on, and a midseason ankle injury did not help Freeman, either. The Broncos will give Freeman another chance to compete for significant playing time in 2019, and he will need a strong preseason to cut into Lindsay’s workload. He has gone from creating buzz to being one of my post-hype sleepers.

D’Onta Foreman, RB, Texans: Injuries curtailed Foreman’s potential progress during his first two pro seasons, but now he is healthy and ready to challenge Lamar Miller for playing time and build on past sleeper talk. The plan for the Texans last season was for the two RBs to share carries, and now Houston may get to execute it. Foreman instantly profiles as a better short-yardage runner and TD producer than Miller, and he could be the scoring finisher for a very good offense. His floor could be as a flex player, and with Miller in a walk year, Foreman could conceivably replace him as the featured back sooner than later.

Nyheim Hines, RB, Colts: Somehow, seemingly very quietly, Hines caught 63 passes last season, but he only finished with 425 receiving yards, so that is the reason he did not make much of an overall impression in his rookie year. Yes, the Colts passing game is loaded with potential playmakers. But Hines could emerge to contribute more in terms of yardage this season. That could turn him into a PPR version of what Theo Riddick was about four years ago.

Dede Westbrook, WR, Jaguars: He actually was Jacksonville’s best wide receiver last season, but 717 yards and five TDs really did not move the Fantasy needle much. Now working out of the slot for Nick Foles instead of Blake Bortles this season, Westbrook will get another opportunity to show he can possibly be a worthy Fantasy starter. Going from a highly erratic to a solid QB could make a significant difference for Westbrook this year. He could go from the post-hyper sleepers list to possible Fantasy starter.

Kenyan Drake, RB, Dolphins: Drake provided a lot of Fantasy sleeper ammo late in the 2017 season, with 468 yards from scrimmage and two rushing TDs between Weeks 13 and 15. Those numbers led to a lot of speculation and analysis that he would at least morph into a quality Fantasy RB2 last season. Drake did total nine TDs overall, but he rushed for just 535 yards and was never dependable as Adam Gase preferred to heavily mix in the aging Frank Gore. Now with Gase gone and Drake clearly the best possible all-around playmaker on offense for Miami, he could get more consistent touches for better overall production in 2019.

Tyrell Williams, WR, Raiders: Williams caught seven TD passes in 2016 and we saw a pair of 118-yard receiving games last October with three totals TDs in those two outings. But we have never seen much from him over an any extended stretch in his career yet. That should change with Oakland, who nabbed Williams after he was one of the top free agent WRs available this past offseason. The Raiders signed him to a four-year deal and will intend to get their money’s worth, and Williams should benefit playing across from Antonio Brown. He is a unique combination of size and speed who may be set to break out in 2019. He is a true sleeper when you consider I got him in the 15th round of a mock draft last week.

Rashaad Penny, RB, Seahawks: After Seattle drafted him in the first round in 2018. Penny was met with high and instant Fantasy expectations. But injuries and frequently impressive play by Chris Carson, plus the presence of Mike Davis, cut into his possible production. Davis is now gone to Chicago and Penny may at least share playing time with Carson. But Carson is also prone to getting hurt, and if that happens again, Penny could get an opportunity to fully shine in Year Two.

Ronald Jones, RB, Buccaneers: His rookie year struggles were well documented, and there are no guarantees he will beat out stopgap type Peyton Barber for the starting job. But under a new regime in Tampa Bay, Jones could finally seize the starting job with a good preseason and a strong start to the regular season. There’s still considerable talent and promise for a guy you can now get in double figure rounds. That is certainly sleeper territory.

Are you buying into Scott’s post-hype sleepers for 2019? For more great rankings, sleepers, and analysis check out the 2019 Fantrax Fantasy Football Draft Kit.