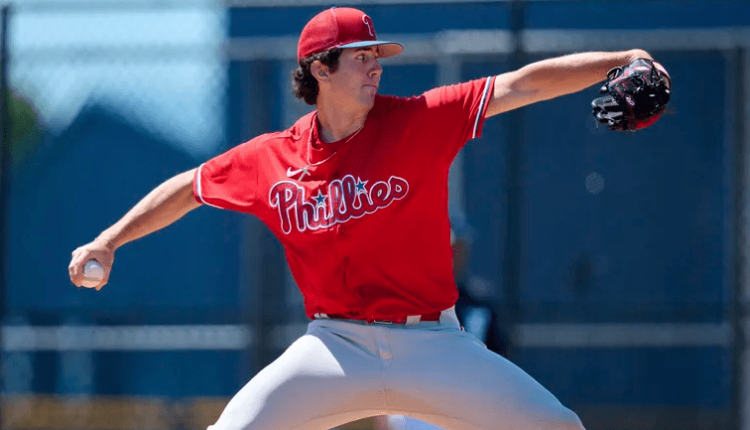 The 2022 season was a roller coaster ride for the Philadephia Phillies, in many facets of the game. They received great performances from their two aces, shotty defense, but a ton of power on offense. This lineup resembled a beer league softball team, but hey, they’re currently tied 1-1 with Houston in the World Series heading back to Philadelphia. Maybe by the time you’re reading this if it’s after the first week of November, the Phillies could be World Series champions. It was also a big year for the man leading off our Philadelphia Phillies Top Prospects list below.

Andrew Painter went from beintg a first-round selection with plenty of upside to one of the top five pitching prospects in the game following his DOMINANT 2022 performance. In 22 starts spanning 103.2 innings, Painter posted a stellar 1.56 ERA, 0.89 WHIP, 6.2% walk rate, and a 38.7% strikeout rate. The Phillies quickly pushed him up to Double-A late in the season where he made his final five starts of the season at the ripe old age of 19. This list might be a little top-heavy, but you can still find some deep-league dynasty targets along the way.