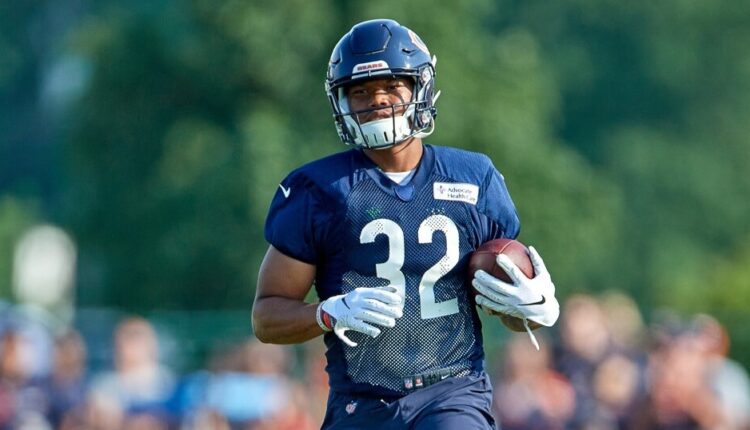 Quarterback: Mitch Trubisky’s play will determine whether this team will make a deep playoff run and how much the play of his pass-catchers will be elevated. He must show he can improve his downfield accuracy and touch. If he makes more progress this season, Trubisky could shoot up the Fantasy ranks to at least be a high-end QB2.

Running Back: Many Fantasy owners expected David Montgomery to immediately step in and become the featured runner as soon as NFL Training Camp began. But veteran Mike Davis will be more of a factor than many are expecting. He fared well when pressed into action in Seattle and is a very good pass blocker. Tarik Cohen could see fewer rushing touches as there are now two other RBs who can carry often, and he will be freed up to be even more of a pure passing piece in the offense. This situation has the look of a pure committee where no one might be better than a flex play.

Wide Receiver: Allen Robinson may have a bounce-back year, as he is now two seasons removed from a major knee injury. You may be able to draft him as a WR3 and get WR2 production if Trubisky continues to improve. Anthony Miller caught seven TD passes as a rookie and has upside to possibly become a Fantasy WR3 this season. Taylor Gabriel could become an occasional DFS option if the QB starts to make more plays downfield. Rookie Riley Ridley will be worth monitoring in NFL Training Camp for dynasty purposes.

Tight End: Trey Burton could finally have the breakthrough season we have been waiting for and should be drafted as a Top 10 TE. His recovery from core surgery has reportedly gone well and if the Bears offense takes another step forward in the second season under Matt Nagy, he could be a significant part of the progress. Adam Shaheen will be a threat to catch TDs near the goal line if he can stay healthy.

Quarterback: Matthew Stafford seemed to fall off the map as a Fantasy QB last year, but could be a respectable backup in 2019. There will be a heavy emphasis on the run game, but Stafford still has some weaponry at WR that could make sure he performs at a respectable level more often than not.

Running Back: The Lions cut ties with Theo Riddick early in NFL Training Camp, signaling that second-year man Kerryon Johnson will be the main receiver out of the backfield. Detroit apparently has a lot of confidence in Johnson, as he will be their lead runner, and he should touch the ball often because of his versatility. Last year he showed he can be very efficient and make the most of every touch, so he is looking like a high-end RB2 in Fantasy for 2019. C.J. Anderson will be his handcuff and change of pace runner to make sure Johnson does not get overworked. He also could siphon away some goal-line carries, possibly cutting into some of Johnson’s appeal there.

Wide Receiver: Kenny Golladay must score more to be a true Fantasy WR2, and we will have to see if there are any preseason signs that Stafford might go to him more often in scoring situations. Marvin Jones still has the speed to be a Fantasy WR3 if he stays healthy, Stafford will use play-action to connect with him downfield here and there. Danny Amendola will be a key pass-catcher for Stafford on important downs but does not figure to have any stand-alone Fantasy value.

Tight End: T.J. Hockenson is a fine all-around TE who should help as both a receiver and blocker. He can hurt teams in the middle of the field and also get deep. Rookie TEs are always a big risk in Fantasy, but a strong NFL Training Camp and preseason could go a long way to boosting Hockenson’s initial appeal at a very thin position for statistical production.

Quarterback: Aaron Rodgers is no longer earning the default elite respect he seemed to have for so long in Fantasy circles, as Baker Mayfield is going ahead of him in some drafts. His 25 TD passes were the lowest he has ever thrown in a full season, and he could be part of an offense that puts more emphasis on the running game than it did in the past. Plus, his WR crew is shaky outside of Davante Adams. Rodgers should be healthy, though, and if he shows signs of rejuvenated sparks in the preseason he will still be drafted as a Top 4 Fantasy QB by many owners.

Running Back: Aaron Jones, who led the league in yards per carry last year, seems set to be the No. 1 RB and is getting Top 10 Fantasy RB treatment by some. But he has yet to show he can handle the load over a full season, and Jamaal Williams is the obvious handcuff. He has already showed he can take on a larger load when needed. Under Matt LaFleur, who ran the ball heavily in Tennessee, Green Bay could establish more offensive balance to protect Rodgers more. Let’s see how the offense looks in NFL Training Camp and exhibition play, although it may be vanilla and not give away too much.

Wide Receiver: Davante Adams seems to be an unquestioned Top 3 Fantasy WR, but it’s a big question as to who will be the second-best pass-catcher on this team for Fantasy purposes. Geronimo Allison is set to work out of the slot, where he should be a sizable and possibly reliable target for Rodgers. He played well in the first four games of 2018 before injuries curtailed his season. Marques Valdes-Scantling appears to be the top guy on the outside across from Adams. He flashed some big-play ability as a rookie but was very inconsistent. This is a situation to watch for sure during the preseason, and I expect Allison to be the safer Fantasy choice.

Tight End: There are whispers that Jimmy Graham is close to being done, and the Packers also drafted Jace Sternberger. Graham may have one last chance to show he has something left, so we’ll have to see if he shows any signs of his old self in the preseason. Sternberger looks like a quality dynasty guy. Rodgers has never taken much to his TEs, and we’ll have to see if that changes as he begins to work with LaFleur in NFL Training Camp.

Quarterback: Kirk Cousins had a good Fantasy debut as a Viking, throwing for over 4,200 yards with 30 TD passes, but he was much better in the first half of the season. Hopefully more consistent support from the running game this year will make the offense more balanced throughout the schedule. Cousins is not a bad Fantasy pick by any means but is perceived as more of a high-end QB2. He can be solid and sometimes outstanding.

Running Back: Dalvin Cook had an offseason that was not dedicated to injury recovery, and if he stays healthy for most of the schedule, he could certainly put up Fantasy RB1 numbers. He is versatile and explosive and can give the offense an extra jolt. Cook should be drafted as a high-end RB2 with upside. There are possibilities for some minor injuries as past issues may linger a bit, but he no longer seemed to be a major injury concern as NFL Training Camp opened.

Wide Receiver: Like Cousins, Adam Thielen played much better in the first half of the 2018 season. He was a frequent disappointment during the second half, but he should still be drafted as a Fantasy WR1. The offense should be more stable throughout the season this year. Stefon Diggs has solidified himself as a back-end WR1 as well.

Tight End: Kyle Rudolph was thought to be a goner when the Vikings drafted Irv Smith Jr. , but he was signed to a four-year extension. He’ll still have some goal line area relevancy, but Smith may see more work outside the 10-yard line. He could effectively become the third WR the Vikings truly lack, so watch to see how he is used in NFL Training Camp and exhibition play. Both TEs may be Fantasy backups in a much lesser version of what we see in Indianapolis.

Also, check out my training camp previews for the NFC East and NFC West.

What storylines are you watching in the NFC North? For more great rankings, sleepers, and analysis check out the 2019 Fantrax Fantasy Football Draft Kit.