NFL Free Agents: The fantasy opportunities they left behind 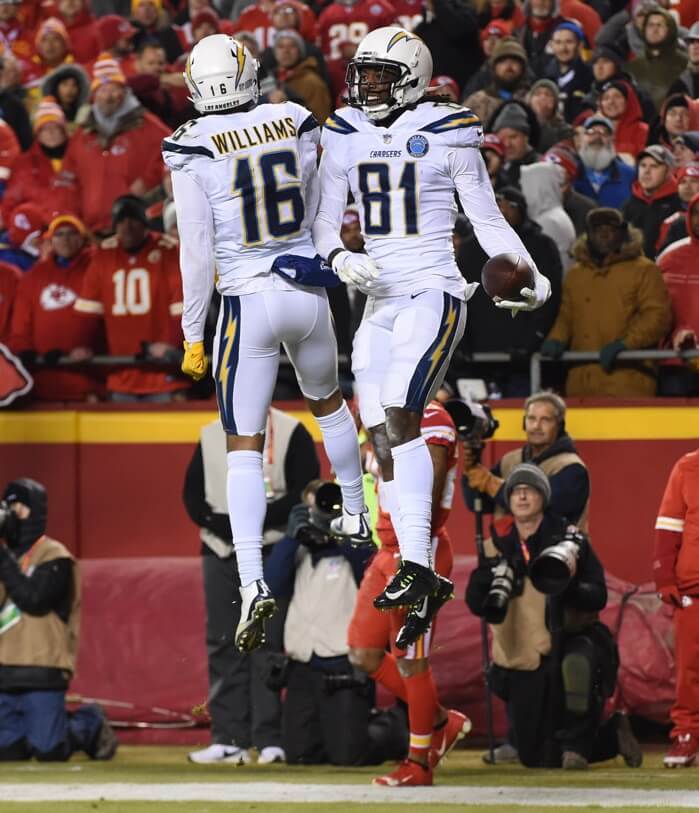 We’ve all read and absorbed the impacts of prominent free agents with their new teams. But what about the ballclubs they left behind? How will those teams adjust? Yes, there are still some decent free agents available, and the NFL Draft is ahead of us. At this point, though, how does it look offensively for the teams that saw significant free agent skill position players change their address and uniforms? We examine how the biggest free agents at WR and RB affected their former teams after they departed, and what players may benefit from fantasy perspectives.

Le’Veon Bell (Steelers): James Conner made it instantly clear that the Steelers could survive without Bell last season. Despite missing playing time he still finished as RB6 after 16 weeks in PPR formats. He will carry a heavy load in 2019 and should be the sixth RB drafted after Saquon Barkley, Ezekiel Ellliott, Christian McCaffery, Alvin Kamara, and Todd Gurley. If we hear more discouraging news on Gurley, Conner could be fifth.

Mark Ingram (Saints): Latavius Murray should play his old role in New Orleans and now moves from being a handcuff to an RB3 with some RB2 potential. Murray can be a force near the goal line and could steal a few more TDs from Kamara than Ingram did, but Kamara should still at least be drafted Top 5 overall as he makes the most of every touch he does get.

Latavius Murray (Vikings): The Vikings re-signed Ameer Abdullah after Murray left for New Orleans but the team may understandably not be comfortable with him as a prime backup to an injury risk like Dalvin Cook. They may land another depth piece from the remaining free agent pool or could draft a RB.

Tevin Coleman (Falcons): The Falcons will hope Devonta Freeman can stay healthy, and second-year RB Ito Smith should now be set to move into the old Coleman part-time role, making him a flex with some upside and TD potential.

Mike Davis (Seahawks): There will now be a clear timeshare between Chris Carson and Rashaad Penny, with Carson working on the inside and Penny operating on the perimeter and in space. If Carson cannot stay healthy, Penny could fully seize the starting job and his fantasy star will rise in the process. Now is a good time to acquire Penny in dynasty leagues before his value is possibly boosted later this year.

Frank Gore (Dolphins): Kenyan Drake may have an early inside track on the lead RB role, but second-year man Kalen Ballage could share a good amount of touches as an inside and goal-line runner. This could be a timeshare where Drake’s versatility will give him some PPR appeal, while Ballage could be used as a flex or streaming option.

Kareem Hunt (Chiefs): Damien Williams has the first crack at the RB1 job after he played well down the stretch and in the playoffs. But Carlos Hyde is insurance in case Williams proves he is not capable of being a true featured back. Williams has late first-round appeal as a dual threat in a powerful offense, but he has yet to show he can handle the rigors of being a lead back over a very extensive period.

Tyrell Williams (Chargers): Last season was a true rookie campaign for Mike Williams after his first official season was ruined by injury. He made an instant impact with 10 TD receptions, and now you can count on much-improved yardage and reception numbers in 2019 as Los Angeles’ certain No. 2 WR. He has fantasy WR2 promise for 2019, as I would expect well over 70 catches and you can look for him to land In the 900-plus yard range. Those may be conservative projections, too.

Golden Tate (Eagles): Nelson Agholor was not traded or released and he should remain a slot option, but an unreliable one. DeSean Jackson was reacquired, but fantasy players know his boom-or-bust label fits well and he is a big risk even in the later rounds.

Adam Humphries (Buccaneers): This one is obvious, The path is now fully open for Chris Godwin to become Tampa Bay’s unquestioned No. 2 wide receiver. There is a lot of upside for downfield plays and some red zone scoring potential. He is going to be a widely coveted WR3 type in fantasy next season.

Jamison Crowder (Redskins): Washington is incredibly thin at WR. They better hope Josh Doctson can take a big step forward and Paul Richardson can regain some of his Seattle form. Washington may be a team to stream defenses against every week in 2019.

John Brown (Ravens): The Ravens did not make any significant WR moves in free agency and we’ll have to see if and how they attack the position in the draft. Right now, Lamar Jackson’s fantasy promise looks capped as he does not have any established, reliable targets to throw to.

Devin Funchess (Panthers): Carolina will be just fine without Funchess. D.J. Moore has the look of a fantasy WR2 as soon as 2019, and Curtis Samuel has the abilities to stretch the field and score in the red zone. He could start to become a more consistent playmaker next season.

Randall Cobb (Packers): All Green Bay needs is for Geronimo Allison to stay healthy, and he can re-emerge as the fantasy WR3 we expected him to be in 2018. Otherwise, the team may be in trouble at the position again.

Donte Moncrief (Jaguars): Now the receiving room is less crowded, and there will be opportunities for Dede Westbrook, Marquise Lee, Keenan Cole and D.J. Chark to increase their production. We will have to wait and see who becomes favored by Nick Foles in the preseason.