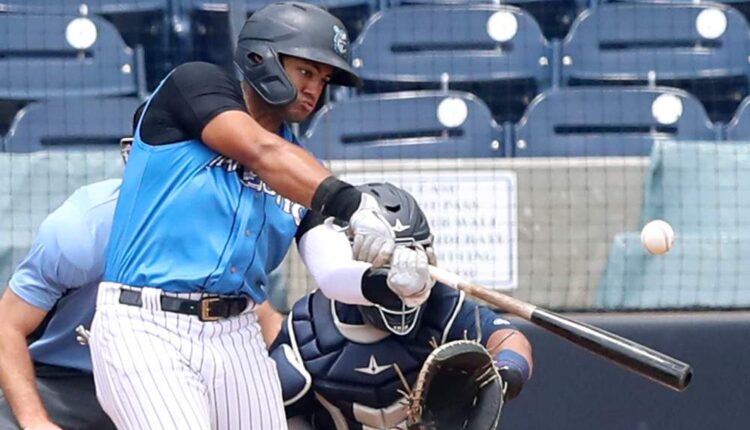 Welcome to our 2022 team top prospect rankings series. Over the next month or so, Eric Cross and Chris Clegg will go through all 30 Major League organizations, continuing today with their New York Yankees Top Prospects for dynasty leagues. In each installment of this series, you’ll find the top-20 rankings from both Eric Cross (AVG) and Chris Clegg (OBP) along with one prospect each that they’re targeting heavily in dynasty leagues right now. Hopefully, these rankings will help you in your dynasty leagues, and maybe give you some new trade targets to consider.

The New York Yankees always seem to have an intriguing farm system for fantasy purposes. But the thing is, many of their top guys get traded away and debut elsewhere. It’s impossible to determine who that will happen to with this current crop of Yankees farmhands, but the talent here is apparent, especially on the hitting side of things. Leading the way are two of 2021’s biggest breakouts and an outfielder they call “The Martian”.

There are several prospects on the rise in this system, but the one I’m the most intrigued by outside my top-100 overall is Anthony Garcia. The hulking outfielder turned first baseman slashed .306/.444/.678 combined between the FCL and Lo-A last season with a ridiculous 14 home runs in 153 plate appearances. He cranked eight in 85 PA in the FCL and six more in 68 PA after being promoted to Lo-A.

Despite his impressive slash lines at both levels, Garcia has some red flags in his profile that will need to be refined if he wants to reach the Majors. His contact rates were well below-average, even dipping below 60% in Lo-A. On top of that, Garcia chases too many pitches outside the zone and that led to a 32.7% strikeout rate. He was still able to hit for a good AVG due to his impressive quality of contact, which will always help him run higher BABIPs, and he walks at a solid clip, but the approach as a whole needs to be improved. If that happens, Garcia could be a middle of the order force.

Schmidt’s velocity was down in 2021, so it seems possible that his injury lingered all year. He averaged 95 mph in 2020, but was closer to 93 last year. Schmidt did add a new slider to his arsenal last year which gets into the upper 80s and should be a pitch to watch this spring. He also features a very solid curveball that is easily a plus offering. I would monitor the news on Schmidt’s velocity in the spring, but he is a great buy low in dynasty leagues.