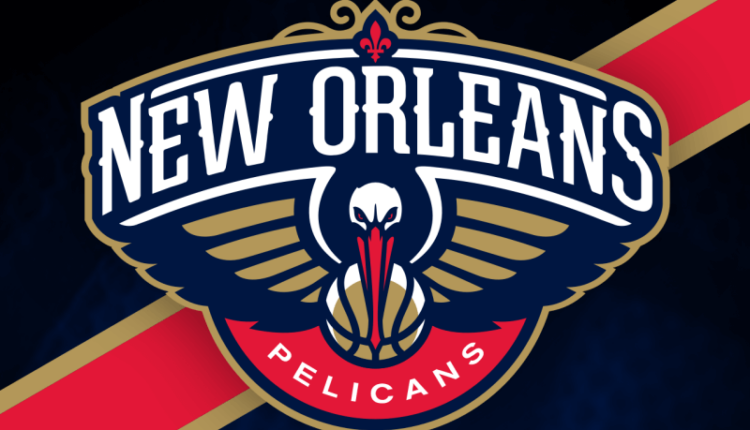 The New Orleans Pelicans impressively won their way into the playoffs last season without Zion Williamson playing a single game. There was some fantasy gold to be found last season. Is that gold still there?

CJ McCollum has been a top 60 guy in 9-category leagues in each of the last five years (based on per-game stats). After being traded to the Pelicans last season we saw McCollum’s assists climb to six per game. That’s super impactful for fantasy.

Threats: What could make CJ a bad fantasy selection besides a potential injury? Well for one, Zion Williamson played zero games for the Pelicans last season. If Zion is healthy he’s going to absorb a ton of usage. So there’s a good chance CJ will see a small downtick in scoring. As long as we don’t get point Zion CJ’s assists should be safe. McCollum just had his worst FT% since his rookie season. The hope is this is an outlier and CJ can be around his 81% career average from the stripe. CJ McCollum’s ADP on Fantrax is 54.6 and that feels right.

Herb Jones is a great defensive player so the Pelicans kind of need him. Even with Zion back it’s possible he might not lose any minutes and in addition make improvements on the offensive side of the ball. Jones is coming off a season where he was a top 80 guy in 9-cat leagues. Based on ADP he’s going around pick 100. If Herb Jones fits your team build there is value to be had here.

Brandon Ingram’s ADP is around pick 50. He didn’t finish in the top 70 in 9-cat last season. The problem is Ingram only really is a plus in three fantasy categories. Those being points, assists, and free throw percentage. If you are in an H2H league and are stacking those categories he’s a fine pick. With Zion back, Ingram’s usage will likely take a hit. So the scoring may decrease a tad. Brandon Ingram is an outstanding player, but he’s probably a little overrated in category leagues.

Devonte’ Graham was flat-out bad last season. In fact, he wasn’t even a top 150 player in fantasy. That doesn’t necessarily mean he’ll be bad again this season. Graham last had significant value with the Hornets in 2019-20. He averaged 18.2 points, 7.5 assists, and 3.5 threes per game which made him a top 80 guy in 9-cat leagues. Now I don’t think we are ever seeing those numbers from Devonte’ again, but there’s a pathway for him to be a top 150 fantasy asset. Graham will need to improve his shooting and defense if he wants to earn back the minutes he lost after the all-star break. He has the upside to maintain his scoring while boosting his assists and improving his FG%. On Fantrax, his ADP is 150 which means he’ll probably be available on the waiver wire in most standard leagues. In deeper leagues where 200+ players are getting drafted is where I would be open to drafting him.

Trey Murphy’s second half of the season was impressive from a shooting perspective. Now he didn’t do much from a fantasy angle as a rookie, but if his jump shot stays on point he’ll continue to earn more minutes. Could a second-year player improve in other areas? Absolutely! Keep Trey Murphy on your radar and see what he’s able to do at the start of the season.

I’m a big believer in Zion Williamson’s talent. This kid is a superstar. Now he played in zero games last season because he was injured. The Pelicans also misled us about Zion’s injury which would have sucked if you drafted him last season. In points leagues and H2H leagues where you are punting FT% Williamson will probably have pretty good per game value. I’m going to tell you a secret. Zion Williamson is not playing 82 games this season. I would say optimistically he could play 60 with load management factored in. And purely for that reason, I think Zion will be a bust for fantasy. In H2H leagues stacking as many games as possible is important. Those DNPs are going to severely dampen in value in that format. In roto with games played limits you’d think Zion would be more appealing, but unfortunately, the FT% makes him difficult to stomach in that format. I’d recommend avoiding Zion Williamson in redraft leagues this season.

Jonas Valanciunas followed up a career year with another career year last season. I don’t think we are getting another one. With Zion back, it could negatively impact JV. What we also have to consider though is Larry Nance only played seven games with Valanciunas last season. Nance is a quality backup and could push Jonas under 30MPG by himself. Jonas Valanciunas was the 44th ranked player in 9-cat last season. Currently, his ADP on Fantrax is 54.5. Unless you wish to bet against Zion & Nance’s health there’s not enough value here to justify paying that price.

Larry Nance Jr. is a quality role player in the NBA. Nance has had seasons where he’s been a valuable fantasy commodity. However, he struggles to stay healthy and won’t accumulate enough minutes if Valanciunas is healthy. It looks like Larry Nance tends to go undrafted on Fantrax which seems right for standard leagues.

Jose Alvarado was a joy to watch last season. For fantasy purposes, Jose tended to be a steals specialist. After the all-star break, he averaged 1.7SPG. The assists aren’t bad though. Grand Theft Alvarado tends to go undrafted on Fantrax, but he will have value this season if you need steals.

Willie Green has a fondness for young players as we saw multiple rookies garner significant playing time. However, I would expect Dyson Daniels is going to find it difficult to earn minutes early in the season as this Pelicans team has become rather deep.

Love/Hate for Week 2 of 2022 Fantasy Football