NBA Trends and Injuries: Teams Moving on to Next Season 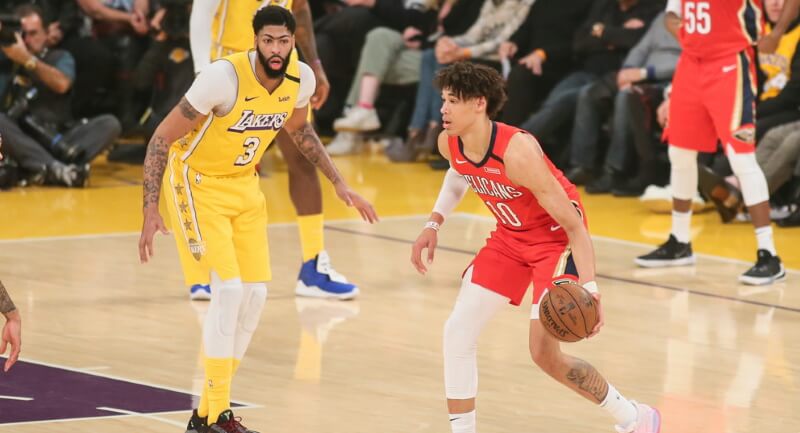 With only four days left in the NBA regular season, we are starting to see a lot of relatively unknown players get their chance at major minutes. Whether from injuries, preparing for the playoffs, or focusing on the future, a lot of big-name players are taking a seat for these final few games of the season.

As discussed last week, teams like the Rockets and Magic have thrown in the towel, and are now simply seeing what talent they have at the end of their rosters. Meanwhile, teams like the Lakers have been torn apart by injuries and are doing their best to recover in time to make a postseason run. With so many high-profile players sitting out this final weekend, let’s take a look at some replacements that could make a huge impact in these final days of fantasy hoops for those of you who are still competing.

With the Raptors finally eliminated from playoff contention, they have essentially decided to sit everyone on their roster who has made an impact on fantasy teams this year for “injury management”. As a result, there is a new group of players filling the box score for the last handful of games. Fred VanVleet, Kyle Lowry, Pascal Siakam, OG Anunoby, and Chris Boucher seem highly unlikely to suit up again this season, so the following names should be locked into big minutes for their final three games this year.

Making his NBA debut just a month ago on April 10, Freddie Gillespie has made the most of his limited minutes, and should now finally see playing time in the mid-20s or higher for these last few games. In a career-high 25 minutes last game, the rookie put up a solid across-the-board line of 10 points, 7 rebounds, an assist, a steal, and 3 blocks on 4-of-6 shooting. With 7 or more boards in each of his last three games despite not playing more than 25 minutes in any of them, and 6 blocks in his last four games, Gillespie should remain a strong source of rebounds, blocks, and efficient scoring down the stretch.

With the Raptors solely looking toward the future, Freddie Gillespie is not the only rookie they are trying out over these last bunch of games. Jalen Harris has gotten his shot with 29 and 25 minutes in each of his last two games, after averaging fewer than 10 minutes per game for the season. The former Nevada standout has looked terrific, averaging 13 points, 4.5 rebounds, 4 assists, 1.5 steals, and 1.5 threes per game in his last two. With solid production in every category you hope for from a guard in fantasy hoops, Harris should be a valuable piece down the stretch, especially if he works his way up to minutes in the 30s.

The other rookie guard getting major minutes in Toronto’s backcourt due to “injury management” is Malachi Flynn. The former first round pick has flashed star-level talent at times, topping 16 points seven times and reaching the 20-point mark twice since in the middle of April. In his last two games, Flynn has averaged 13 points, 5 boards, 3.5 assists, 1.5 steals, and 3 threes per game. If he can find minutes in the 30s, which seems almost likely, The former San Diego St star should have no problem being a top fantasy scorer over these last three games.

With the Cleveland Cavaliers both ravaged by injuries as well as out of playoff contention and looking ahead to next season, there is a lot of temporary fantasy value to be had here. Despite them still choosing to play Jarrett Allen, Collin Sexton, and Kevin Love for major minutes, there is still a lot of minutes available due to the absences of Darius Garland, Cedi Osman, and others. And aside from 38-year-old Anderson Varejao returning to the NBA after not playing for four seasons, the rest of their current rotation players deserve a look for their final two games of the year.

After playing four games for Houston earlier in the year, Brodric Thomas has gotten a much better chance to prove he is worthy of a spot in the league with the Cavaliers. The undrafted rookie out of Truman State has seen major minutes over the last few games. And while he hasn’t been the most efficient scorer, Thomas has provided a lot of energy and made his presence felt in other areas of the game. Despite struggling with his shot and putting up just 5 points in each of his last two games, Thomas chipped in with a combined 16 boards between the two nights, adding six assists, along with a steal and a block. Having seen 34 minutes in each of the past two games, he seems to have a fairly high floor if he still can’t find his shooting touch, with a lot of room for improvement if he can find his rhythm on the offensive side of the floor.

After a somewhat underwhelming season for the 5th overall pick in the NBA draft, Isaac Okoro is seeing as many minutes as he can handle now, and it seems like things are finally starting to click. Okoro has now scored in double figures in 10 of his last 11 games, including a career-high 32 points on May 4th against the Suns. He is also just a game removed from his first NBA double-double, as he dropped 22 points and 10 boards in a losing effort against the Pacers. Overall, Okoro is averaging 17.1 points per game over the last two weeks, adding heavy contributions to every major category aside from blocks. Barring an injury, there is nothing stopping Okoro from flirting with 40 minutes in each of these last two games, and he should put up monster numbers as a result.

After barely playing in his rookie season a year ago, Dean Wade has played an important role for the Cavs at certain points this year. And now with so many injuries, Wade is getting more minutes than ever before. While inconsistent at times, the sophomore out of Kansas State has proven to post strong across-the-board numbers when he’s in a good rhythm. Three nights ago, Wade dropped 19 points and 12 boards against the Pacers, adding 2 assists, 3 steals, and 3 triples. Outside of last night, he has also made at least one three-pointer in nine straight games, hitting as many as six in a game against the Heat on May 1. Wade has also collected 8 steals in his last three games, and has shown the ability to make an impact even when his shot isn’t falling. He should be able to provide a lot of value in fantasy this weekend.

Fighting until the very end, the New Orleans Pelicans simply ran out of gas in their attempt to make the play-in games. With so many of their key players going down with injuries seemingly every game, they were against odds to steep to overcome. Now completely eliminated from contention, the Pelicans will keep looking toward their bench for major minutes, as they have no reason to rush anyone back from injury with their season all but over.

Seeing minutes in the mid-20s thanks to the injury to Steven Adams, Jaxson Hayes has made the most of his increased time on the court. The 2019 eighth overall pick in the NBA draft has scored 13 or more points in each of his last four games, adding 6 boards per game along with 2.5 blocks. With as many as 19 points in that stretch, as well as a career-high 6 blocks on May 9th, Hayes has the makings of a dominant big man on both sides of the floor. He even chipped in 3 threes against Memphis a few nights ago for good measure. Still just 20 years old, Hayes is an extremely talented big man who should have a couple more big performances this season, before hopefully being turned loose for real next year.

Returning from an ankle injury three games ago, Nickeil Alexander-Walker has quickly worked his way back up to major minutes, getting the chance to run the offense with so many of the team’s key offensive weapons out with injuries. NAW has led the team in usage rate at 26.1% since returning, scoring in double figures each game. Over that span, he has averaged 14.7 points, 3 rebounds, 4 assists, a steal, and 1.7 threes. And with his minutes reaching 34 last night after being restricted in his first two games back, his production should rise even more over these final two games with more time on the floor. Having scored as many as 37 points in a game against the Clippers earlier this season, the sky is the limit for NAW, as he effectively has control of the offense as the Pelicans finish up their season.