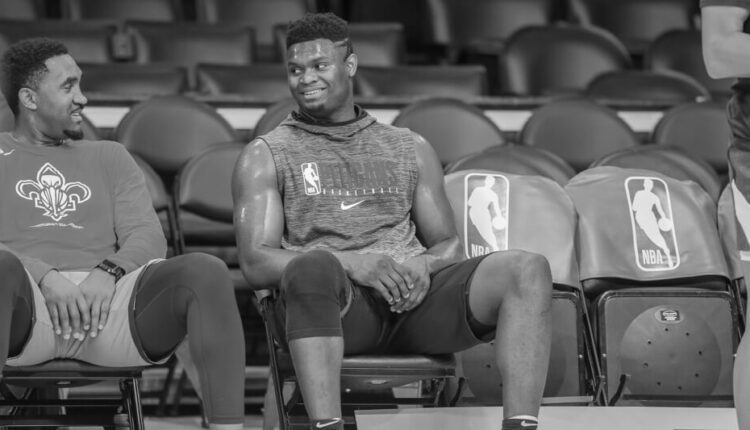 Can you feel it in the air? It’s close. So close. NBA FANTASY BASKETBALL IS BACK! There have been a lot of moves this offseason, so let Fantrax get you prepared for the season with our NBA Team Preview Series. Let’s take a dive into the Southwest Division.

The last we saw the Mavericks they were walking off the floor after a thrilling seven-game first-round playoff series against the Los Angeles Clippers. This year, they have their eyes set on much bigger goals with a projected win total of 48.5 games, fourth in the Western Conference. Not much changed for Dallas beyond switching out Josh Richardson for Reggie Bullock. Don’t fix it if it ain’t broken, and the Mavericks look to keep the machine running deep into the playoffs this season. The Mavericks have two top-50 fantasy options in Doncic and Porzingis, and all offense will once again flow through their hands.

Sleeper: Maxi Kleber – If you need a power forward at the end of your draft, Kleber offers some stats many big men can’t. He averaged 1.7 threes per game and a 92% free throw percentage to go along with seven points, five rebounds, and a couple of assists in his 26 minutes per night. He always seems to draw a number of starts when Porzingis or Powell sits, and his minutes should approach 30 those nights.

Bust: Tim Hardaway Jr. – We often see Hardaway pop in fantasy and in DFS when Doncic and Porzingis get nights off, but I’m not interested in hitching my horse to a player who needs other stars to be out to have relevant production. Most nights, Hardaway will fill up on points and threes and come up empty everywhere else.

At different points last season, the Rockets starting five consisted of James Harden, Victor Oladipo, Demarcus Cousins, John Wall, and PJ Tucker. My how times have changed. At one point last season the Rockets were 11-10. They finished the season at 17-55. Don’t count on this team being anything near respectability in 2021-2022, but they have some dynamic young pieces and a core of Green, Porter, and Wood to build around. And the best part is that only one player (Wood, 38th overall in ADP) is the only one who will cost you a selection before pick 70. How will Green and Porter gel this season? Who takes the shots? Do they tank again this year? These are all questions with fantasy implications.

Sleeper: Alperen Sengun – Jalen Green gets the headlines, but 16th pick Alperen Sengun has apparently been drawing rave reviews in camp so far. He has been compared to a young Nikola Jokic for his ability to play the high post, especially for his vision and passing skills. This Rockets team is going absolutely nowhere this year, so they are incentivized to let the kids play and see what they have in Porter, Green, and Sengun. If Sengun gets minutes, he might be worth a spot on your bench.

Bust: John Wall – Wall is unlikely to play one minute for the Rockets this season. But his bloated contract (guaranteed $44 million this season and $47 million next season) makes it unlikely anyone will trade for him either. Keep an eye out if he reaches a buyout with the Rockets which would free him up to sign and contribute elsewhere.

The first-round matchup for the Grizzlies wasn’t quite as intriguing as the one the Mavericks played in, as they lost in five games to the Utah Jazz, including three games by 10+ points. But Ja Morant (30.2 points per game and 8.2 assists per game) and Dillon Brooks (25.8 points per game) were transcendent in that series and look to carry that success to this new season. The offensive firepower they lost with the Jonas Valanciunas trade should be replaced by a healthy and motivated Jaren Jackson Jr. And if Morant can cut down the turnovers slightly and improve the shooting percentages a tick, he could be a steal in the fourth round of fantasy drafts.

Sleeper: Jaren Jackson Jr. – It has been so long since JJJ played many meaningful games, that it’s easy to forget what kind of a difference-maker he can be with both power forward and center eligibility. Assuming good health, Triple J is a lock for 16-18 points, five rebounds, 1.5 blocks, two blocks, and very strong shooting percentages. Draft him at his current ADP in the seventh round with confidence.

Bust: Steven Adams – Part of the reason Jonas Valanciunas had so much success over the past two seasons is that Jaren Jackson was out of the lineup for half of 2019-2020 and all but four games last year. Adams does not have near the offensive repertoire of Valanciunas or Jackson, so if seven points, nine rebounds, and horrific free throw shooting every night are what you need on your team, feel free to roster Adams.

The Pelicans didn’t land one of their free-agent point guard targets in Chris Paul or Kyle Lowry, so they had to pivot to Plan B. Devonte’ Graham is certainly a nice consolation prize after it was clear he didn’t have a natural place with the emergence of Lamelo Ball. He now gets to join potentially the best set of young forwards in the league on what should be a very fun team to watch this season. Ingram has had almost identical stats the past two years, so both he and Zion taking another step up would go a long way to helping New Orleans get back to the playoffs.

Sleeper: Devonte’ Graham – Graham may not have the flashy upside of Lonzo Ball, but he will be asked to facilitate the offense for a team with two of the most explosive young players in the game today. People think of Graham as just a scorer, but it’s his ancillary stats that will help most in roto leagues this season. Graham will likely continue to have struggles shooting the ball, but could easily top his career highs of 7.5 assists, 3.4 rebounds, and 1.0 steals per game on this team. Backup Tomas Satoransky doesn’t pose much of a threat to playing time assuming the Pelicans have playoff aspirations.

Bust: Jonas Valanciunas – “Hey, Jonas! Move out of the way! I don’t know what they had you doing in Memphis, but this paint belongs to Zion.” I hope you’re prepared for J-Val to take some significant steps back in rebounding and efficiency.

These are not your father’s Spurs, riding players like DeMar DeRozan and LaMarcus Aldridge to the playoffs year after year. And they are certainly not your grandfather’s Spurs, winning championships with Tim Duncan, Tony Parker, and Manu Ginobili. This is likely to be a very bad Western Conference team (over/under of 28.5 wins coming into the season), but does offer some key multi-category contributors for fantasy hoops.  In Murray and White, you can find guards who will fill the stat sheet in every category except blocks and now there is substantially more usage to go around with DeRozan out of town. Doug “McBuckets” McDermott might get a couple of threes here and there, but he is avoidable in most leagues.

Bust: Keldon Johnson – Any gains that Johnson may have seen with Rudy Gay leaving town were removed when Thaddeus Young signed with San Antonio. They are likely to split the power forward minutes and it would take a Young trade for Johnson’s value to spike.