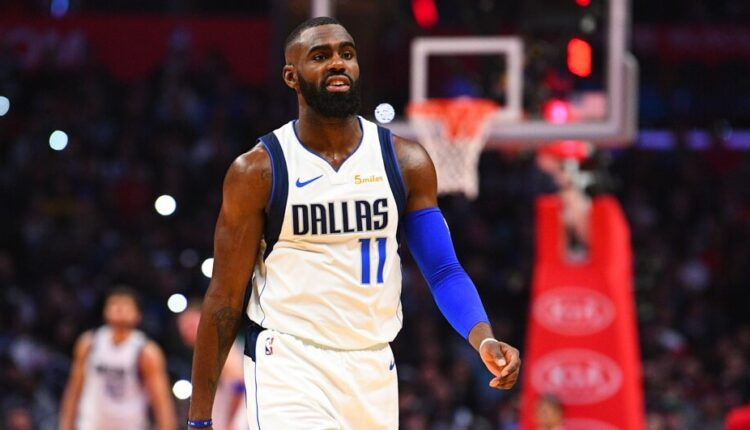 If everyone could draft a LeBron, Tatum, or Durant, then playing GM wouldn’t be any fun. Winning your league through research and foresight is what makes it all worth it. Let’s take a look at some potential small forward sleepers that you aren’t seeing in your other research.

Luka Doncic and Chris Wood. Those are the only two players on Dallas that you can count on to eat up massive usage. With Jalen Brunson leaving in free agency to join the Knicks, the third scoring option title is likely to go to Tim Hardaway Jr. He’s averaged a 22% usage rate over his ten year career, so he should have no problem handling that role. The question is, will playing alongside Luka make him a more efficient player? I think it will, as defenses collapse on Luka during drive-and-kicks, leaving his teammates with wide open threes. Reggie Bullock and Dorian Finney-Smith were the beneficiaries of that last year, but Hardaway was injured and unable to share in that wealth. Hardaway averages 8 three-pointers per game over his career, so this year we should see him improve upon his 36% career average, to closer to the 40% mark he shot in 2019 and 2020.

KD and Kyrie are the bonafide superstars on this roster. They get to do whatever they want offensively, and for good reason. Steph Curry and Joe Harris are there for perimeter buckets. So what’s TJ Warren’s job? Think Jordan Clarkson. There needs to be someone on every team who can come off the bench and get 20 points when necessary. TJ Warren can do this. He’s averaged at least 29 minutes every year since 2016, he’s a 22% usage rate for his entire career, so he’s capable of being the 2nd or 3rd option in an offense and still hit his numbers, and while his three-point percentage is volatile, he’s shot over 40% from range 3 times in his career. He has all the tools to be the person who can take pressure off of KD and Kyrie because he can’t be left open. Further, the elephant in the room is that Kyrie and KD are going to miss some games. That’s always been the case, and the Nets need to be prepared if/when that happens. Warren has the ability to be a late-round steal and is one of my favorite small forward sleepers.

JJJ is going to miss the beginning of the season. That’s 27 minutes per game and a 25% usage rate that needs to be replaced. Brandon Clarke has the ability to fill that role. He’ll be entering his fourth year as a pro, but he’s never averaged over 24 minutes in a season. Without JJJ, he could see a true starter’s workload. Per 36 minutes, Clarke has excellent figures. We’re looking at 19 points, 10 boards, 3 assists, and 3 stocks per game. Fantasy sports are all about opportunity, and Clarke’s is coming this year. If he plays to his potential, even when JJJ returns, I can see a world where Clarke and JJJ are on the court together.

Got a few small forward sleepers of your own? Drop the names in the comments below and then check out our full 2022-23 Fantasy Basketball Draft Kit!