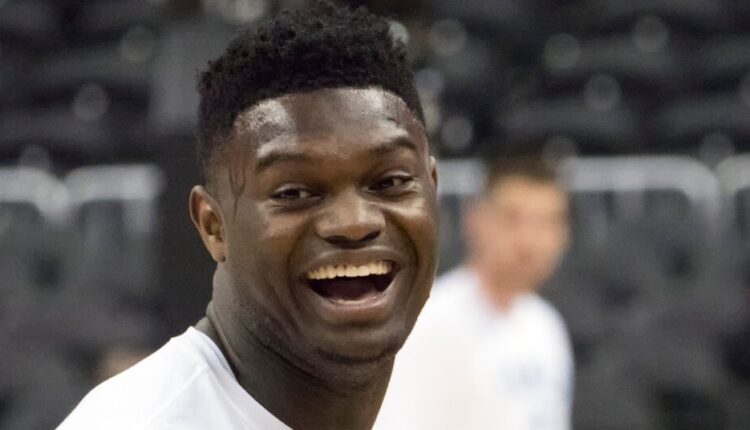 Here we go! The last slate for about a week as the NBA is set to begin All-Star weekend. We get a solid 9-game schedule on the hardwood tonight, so let’s win some money for the weekend! The NBA DFS slate begins tonight at 7:00 PM. ET so let’s break down all the top studs, values, and extreme sleepers at each position to help build you the perfect lineup this Thursday evening.

Damian Lillard, Sacramento Kings @ Portland Trail Blazers ($10,700) – There are plenty of good point guards on the slate tonight so what’s the best approach to take? Let’s go with the guard who’s facing the team that gives up the most fantasy points per game in the Sacramento Kings. So it’s Damian Lillard time! Not to mention it’s his last game to show why he should be a starter in the all-star game and not on the bench. Pay up for a fired-up Lillard in this one. He’s been on a tear of late as well averaging 30.8 points and 10.8 assists over the last two weeks. Oh, baby!

Let’s stay in the same game and have a fun Thursday night with this one! The Trail Blazers give up the 3rd most fantasy points per game (FPPG) to point guards and second-most PPG to PG so this game is set to be a battle of the guards. De’Aaron Fox is averaging 48.5 FPPG over his last three and that shouldn’t stop against Portland. The Kings are also dealing with multiple injuries including star rookie Tyrese Haliburton, so I expect a foxy night!

Immanuel Quickley, Detroit Pistons @ New York Knicks ($5,300) – Immanuel Quickley is a must-play if Derrick Rose and Elfrid Payton sit out and both are expected to. Quickley is starting to become a household name in New York with his play of late and starting duties are on the way. Quickley has rattled off two 25-point performances in his last four and should be in for another 25+ game if both guards sit. Look out baby!

*Update – Derrick Rose has been ruled out, but Elfrid Payton will play. Quickley still is a solid play.

This is the All-Star snub show! Even though Devin Booker is now indeed an All-Star replacing the injured Anthony Davis, he was still snubbed and I expect a big game tonight. Booker has been on a tear of late as well scoring 33+ points in three of his last five games. The Warriors allow the 6th most PPG to shooting guards too so Booker is going to be heating up in the desert in this one.

Goran Dragic, Miami Heat @ New Orleans Pelicans ($5,900) – Goran Dragic hasn’t missed a beat since returning to the lineup from an ankle injury. Dragic is averaging over 30 minutes per game over his last three where he’s posted 17.7 points, 3.3 rebounds, 3 assists, and 1.3 steals. The bonus!? Bam Adebayo and Jimmy Butler are both expected to miss the contest, which would make Dragic a great play. Oh, and the pelicans give up the 5th most FPPG to point guards. Giddy up.

DeMar DeRozan, Oklahoma City Thunder @ San Antonio Spurs ($8,200) – DeMar DeRozan has been carrying the Spurs of late and will have to again tonight without Rudy Gay and Derrick White. DeRozan has been putting up great numbers as well averaging 21.3 points, 11 assists, and 4 rebounds over his last three games including three straight 11-assist games. Not only that, he gets the OKC Thunder who allow the 4th most FPPG to small forwards. DeMar DeRozan… I shoot it, it goes in. Let’s go!

Harrison Barnes, Sacramento Kings @ Portland Trail Blazers ($7,100) – No Tyrese Haliburton or Hassan Whiteside has paved the way for extra minutes for Harrison Barnes. He was still putting up solid numbers previously but over his four games he’s putting up 22.8 points, 6 rebounds, and 6 assists per game. Barnes has a juicy matchup vs Portland who allows the 9th most FPPG overall.

Saddiq Bey, Detroit Pistons @ New York Knicks ($5,900) – The Pistons are dealing with a ton of injuries right now and have to lean heavily on the rookie Saddiq Bey. Bey has now scored double-digit points in 11 of his last 12 games where he’s averaging 15 PPG. The rookie has chipped in with six rebounds per game over his last nine games and gets a huge bump if Jerami Grant remains out.

Julius Randle, Detroit Pistons @ New York Knicks ($9,600) – Back to the All-Star theme. Julius Randle is set to make his All-Star debut but first is going to put on a show at MSG before the break! Randle had an off-game by his standards this season last game where he still dropped 14 points, 11 rebounds, and 5 assists. Not a bad off-game. Before that, Randle was absolutely feasting averaging 26.6 points, 11 rebounds, and 5 assists over his past nine games which included four-straight double-doubles. The Pistons allow the 3rd most FPPG to power forwards. Sign me up!

Zion Williamson, Miami Heat @ New Orleans Pelicans ($9,300) – Speaking of feasting, the Zion Williamson show is here and it’s beautiful. Baby Hulk can not be stopped averaging 28.5 points, 9.5 rebounds, and 5 assists over his last six games. Bam Adebayo is expected to miss this game, so move out the way baby! ZION IS COMING IN!

*Update – Zion Williamson has been a late addition to the injury report. Can pivot to fellow teammate Brandon Ingram who’s $8,300.

Darius Bazley, Oklahoma City Thunder @ San Antonio Spurs ($5,600) – Darius Bazley is starting to heat up the Thunder averaging 17 points and 8.7 rebounds over his last three games. Need more? Al Horford doesn’t play in back-to-back games and Bazley rattled off 18 and 12 last game without him. The Spurs are giving up the 6th most FPPG to PF’s and the most rebounds per game. Hello Bazley.

Nikola Jokic, Denver Nuggets @ Indiana Pacers ($10,900) – It’s impossible to not recommend the no.1 fantasy player in the game. Jokic is a man possessed and walking double-double sprinkling in tons of triples as well. The Pacers have some solid defensive stats but nothing to scare you away and actually give up the 4th most RPG on the season to centers. Uh oh.

Chris Boucher, Toronto Raptors @ Boston Celtics ($6,600) – If you wanted to save some money here, Chris Boucher is an excellent pivot. The Raptors are mightily depleted right now missing that Siakam guy as Shaq likes to say. Also, Fred VanVleet and OG Anunoby are out of the lineup making it the Norm Powell and Boucher show. Boucher was great last night posting 18 points, 8 rebounds, and a block. He’s had some up and down moments of late but is sure to shine with the depleted lineup

Robert Covington, Sacramento Kings @ Portland Trail Blazers ($5,900) – It’s never a bad option to go against the team that allows the most FPPG that we mentioned before. The Kings are in the bottom 10 against power forwards and centers so Robert Covington is a great play and he’s turned a massive corner on the season. RoCo has posted at least 9 rebounds in three straight games and is also averaging 18 points, 2 steals, and 2.5 blocks over his last two games. Touch em’ all RoCo is back baby.

Don’t forget to check back later in the day as Mike will be updating his NBA DFS preview with all the info you need to turn tonight’s slate into a resounding success!

If you enjoyed his NBA DFS recommendations, then you’ll definitely want to follow Mike on Twitter for more great takes!

If you are reading this on Fantrax.com make sure to head on over to FantraxHQ to check out Mike’s afternoon updates.

Community Special: The Trade-Maker! With Luke