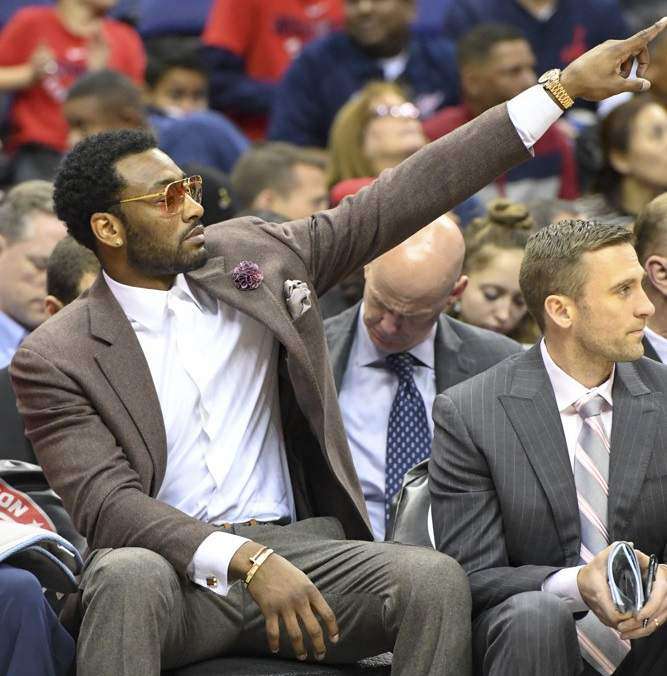 A 10-game slate graces the NBA world this Wednesday evening, highlighted by the Hawks vs Celtics, and the Clippers at the surging Celtics. The usual suspects are always a good way to start your DFS roster, but there may be hidden value out there to be found, a flyer or two waiting to burst on the scene.

The Magic are decimated right now and have somewhere between 7-8 healthy bodies. Due to this Nikola Vucevic is one of the top 5 most expensive DFS players tonight, that being said he should have an absolute monster game, so don’t shy away from the price tag. Julius Randle is also on a tear, but he looked absolutely gassed after his 40 minute plus effort 2 nights ago, the Magic don’t really have anyone to match up with him though, so there could be a reward for taking a risk here. Terrence Ross also prevents high value for a mid 5000’s price tag considering the lack of healthy bodies. A FLYER – Dwayne Bacon, in all seriousness, Orlando has to put SOMEONE on the court. The SG has seen the court for more than 30 minutes in each of the last 5 contests and been a bright spot in defensive stats, and overall output.

With No Christian Wood, or likely Victor Oladipo and Eric Gordon, John Wall is clearly the best, and likely only option from Houston in this game. The Sixers after taking two L’s out west to an undermanned Portland, and current juggernaut Jazz, are likely to rebound, and BIG, in this one. Joel Embiid is the most expensive DFS option on the slate, and there isn’t anyone who can guard him for 35 minutes on the Houston roster. A FLYER – David Nwaba, he’s going to play 35 plus minutes, there is a chance he could stumble onto a great statistical line at that point.

Both teams haven’t been able to find their footing of late, and at 11-16, the Hawks are on the outside of the playoff picture, looking in. The Celtics could be without Daniel Theis and will be without Marcus Smart. Due to Smart’s absence, Tre Young becomes a lot more favorable without him harassing him every time down the floor. Clint Capela should also feast on rebounds and blocks against a vastly undersized Celtics frontcourt. Jaylen Brown and Jason Tatum are a bit of a pick-em and you can’t really go too wrong with either. A FLYER – Kemba Walker… Right? He’s a flyer? at 6200 you bet he is. He’s bound to break out one of these days, and his potential flame game is MUCH higher than an unfortunate flop, especially this deep into his recovery.

Saddiq Bey, 5800, BOOK IT…  But seriously, Bey has been a hot topic in all fantasy basketball circles of late. The announcement that Blake Griffin will sit until he’s dealt, means Bey is likely moved into the starting lineup. DFS seems to undervalue this, but it likely won’t take long for an adjustment. Thaddeus Young continues to play an all-around game for the Bulls and is a decent value as well. The hot start from Jerami Grant has cooled a bit, and at his current price, you may want to look elsewhere. A FLYER – Josh Jackson, if Bey moves to the starting five, Jackson should look to pick up a handful more minutes in his rotation role.

A midwestern showdown, featuring two great bigs, If you’re not looking to spend 10k on Jokic, Embiid, or Vucevic choosing one of KAT or Domantas Sabonis can spare you much-needed cap space, with very similar returns. With the announcement of D’Angelo Russel out 4-6 weeks, Anthony Edwards should now have a level of comfort making his home in the starting lineup and could pay dividends for his play. As for the Pacers, one of Jeremy Lamb or Justin Holiday always seems to have a good game, it’s just impossible to know which one, and that brings me to. A FLYER – T.J.  McConnell. The hustle guard is playing big minutes and racking up huge assist and defensive stats, I can’t imagine that will end against the lowly wolves.

No surprises here, very top-heavy rosters to choose from. If the game goes as many will wager it should Denver will cruise past Washington by double figures. If that’s the case I really only love Nikola Jokic and Bradley Beal for their ability to fill a stat sheet in a short period of time, but their price is certainly a premium and should be considered. Blowout possibility aside, Westbrook’s constant barrage of assists and rebounds should continue against a fairly thin and undersized Nuggets backcourt. Speaking of the lack of backcourt bodies, Jamal Murray should play 35 plus minutes in a close one and merits a look. A FLYER – It’s Rui time! I think… Over his last five contests, Rui Hachimura is averaging 14.4 points, 6.8 rebounds, and 1 steal… Not eye-popping, but with over 30 minutes of action likely, he seems due for liftoff! (Get it, because FLYER… I’m sorry.)

Both teams head into this one on the second leg of a back-to-back, in what should be an interesting matchup. The Pelicans blew out the Bucks one night, just to get dominated by the Pistons later in the week,  it’s hard to know what New Orleans team is showing up. As for the Blazers, they’re riding a 5-game winning streak, all while missing 3 presumptive regular-season starters.

I hear this Damian Lillard fella is pretty good. But in all seriousness at under 10k, why not pick him? He is the Blazers everything and his non-scoring stats have been on a high for a while now. Zion and Ingram offer consistent options, with a decent probability for a breakout effort. No one besides Dame seems consistent enough to merit a pick-up, I have no idea who they’re trying to fool with Robert Covington’s 6.5k price tag. A FLYER – Anfernee Simons, under 4k price tag, if you’ve already loaded your roster with stars, he is a low-priced guy who is capable of scoring big.

Don’t make Jonas Valanciunas mad, He might just show up and dominate a game. Coming off a poor effort against the Pelicans I love Jonas bouncing back with a big one here, and at under 8k, only a mild risk/cap hit. On the OKC side, SGA should be back for this one, but I wouldn’t spend that amount when his minutes may be limited. Hamidou Diallo and Darius Bazley are inconsistent but much as I mentioned with the Pacers, one of them seems to always put a whole game together. A FLYER – Isaiah Roby, the second-year center may only see around 20 minutes, but could scrape together a 10 and 10 (reb) effort with a block, which would certainly be a worthwhile return.

In what could be the best matchup of the night,  questions remain about both rosters. Paul George is still out, while Kawhi Leonard and Mike Conley are game-time decisions. In either case, the two hottest players on each team are their undersized twos, Lou Williams and Jordan Clarkson. Williams, a former sixth man may find himself matched up against this year’s odds on favorite, in Clarkson. Coming off a 40 point effort Clarkson may have a tougher time against the Clips backcourt, and if Conley plays, it will cut into his production. As for Lou, he seems like an amazing choice with PG13 out and given his recent assist numbers. A FLYER – Terance Mann. With the Clippers missing 2 starters, Mann, as the last roster spot on a DFS team, has the potential to put together a decent game given his minutes. He played 35 last game, and should likely see plenty of action against the Jazz. Also, if the Jazz blow the doors off the game like they’ve done to EVERYONE lately, Mann figures to get garbage time minutes as well.

As a bit of a surprise both these teams find themselves in the playoff hunt. The Heat, off an NBA finals trip, have struggled with Covid-19, and other injuries, while the overachieving Warriors are two games over .500.

Steph Curry on this sort of scoring tear almost instills a level of FOMO in DFS owners, to overcome such fear, I suggest picking him. Bam Adebayo and Draymond Green may just cancel each other out defensively, and the value may be in the guards with Tyler Herro, Kendrick Nunn, and the rejuvenated game of Kelly Oubre. A FLYER – Duncan Robinson. He’s playing the minutes, he’s just not taking the shots. As a volume scorer, Robinson has only scored in double figures in half of his last 10 outings. There is a good chance the Warriors choose to put Steph on him, and in that case, he should be able to get up shots over him, and hopefully turn things around.

If you are reading this on Fantrax.com make sure to head on over to FantraxHQ to check out Michael’s afternoon updates.