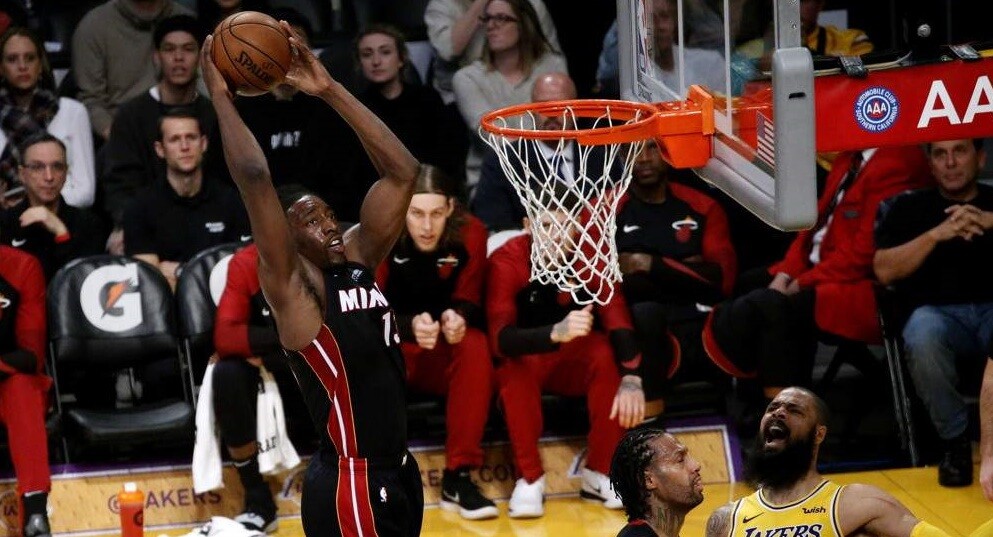 This marks our first NBA DFS article on Fantrax this season. After a fun opening night, we’re getting to the good stuff on this Wednesday slate. We have a full 11-game schedule ahead of us and it’s going to be exciting to finally see these teams play after months of hype. This is the toughest slate to figure out in terms of matchups but we’ll use past performance and future projections to determine which players have the best chance to succeed on this slate. With that in mind, let’s get into our 10/23 NBA DFS plays.

To say Rozier is going to have a career-year is like saying the sun is going to come out tomorrow. The simple fact is, Rozier is in line to set career-highs across the board, running this Hornets offense. There’s really no one else on this roster and it’s going to take these DFS sites some time to raise his price to where it should be. We project Rozier to average about 35 minutes and 15 shots per game while leading the team in both usage rate and assists. That’s a recipe for success and that was evident when he collected 24 points, seven rebounds, and eight assists in his last preseason game. Lines like that are going to become commonplace for Rozier, especially when he gets to face a Bulls defense who ranked 25th in defensive efficiency last season.

Smith is easily one of the best punt plays for this DFS slate and it would be hard to imagine him not providing elite value. The goal in DFS is to find players who will outperform their price tag and Smith is one of the best bets to do just that on this slate. The speedy point guard is below $5,000 on both DraftKings and FanDuel, which means we only need 20-25 fantasy points for him to reach value. That should be pretty easy considering he regularly averages a fantasy point per minute for his career. We expect Smith to start at point guard and play about 30 minutes in this game, with John Wall and Isaiah Thomas both injured. Dallas really struggled against PGs last season too, ranking 24th against that position.

Also Consider: Luka Doncic, DAL vs. WSH: Doncic developed into one of the best point guards in the NBA in his rookie season last year and could abuse a terrible Washington defense who loves to play at a fast pace.

As someone who lives in Denver, I can tell you that McCollum absolutely kills the Nuggets. In the seven-game Conference Semifinals last season, McCollum averaged 26.4 points, 6.0 rebounds, 3.0 assists, 0.9 steals, and 0.6 blocks per game. Those absurd averages were backed up by the fact that he was taking 24 shots per game in that series, thus proving he loves this matchup. McCollum appears to be in top form heading into the season too, averaging 27.5 points, 2.5 rebounds, and 3.5 assists over his last two preseason games, despite playing less than 30 minutes per game.

This is a total shot in the dark but a small part of me believes that Monk could be in for a breakout season. This club is simply inept when it comes to talent and they need the former first-rounder to start performing as such. It’s going to be his biggest opportunity to do just that, as he should be looking at career-highs in usage rate, minutes, and shots taken. A 22.4 percent usage rate in the preseason is hopefully a sign of things to come, as he was arguably one of the Hornet’s best players in the preseason. In fact, Monk accrued 18 points, three rebounds, and seven assists in his final preseason game, doing that damage in just 22 minutes of play. That would be a stellar line at this price and a matchup against this bad defense definitely adds to that potential.

Also Consider: Devin Booker, PHX at SAC: Booker should lead the Suns in usage rate and shots taken, making him a viable option against a subpar Kings defense.

Oubre was a different player after he joined the Suns and one has to believe that he’s a potential breakout candidate. Over his final 30 games of the 2018-19 season, Oubre averaged 19 points, 5.6 rebounds, 1.9 assists, 1.7 steals, and 1.0 blocks per game. More importantly, he averaged 30.3 minutes and 15 shots per game. If we see that sort of role duplicated, Oubre could have a big year at the ripe age of 23. Sacramento is not a defense to worry about either, with the Kings sitting 21st in defensive efficiency while playing at the third-fastest pace in the league last season.

Also Consider: Otto Porter, CHI at CHA: Porter looked like the team leader in the preseason and continues to be undervalued on DFS sites. Facing Charlotte makes him particularly intriguing, as that’s expected to be the worst team in the NBA.

Adebayo is probably my top breakout candidate of the season and it’s very possible that he’ll be in these articles all year. The potential from this guy is simply stupendous and it’s very possible that he’ll finish as a Top-25 fantasy option. The main reason for that is because he doesn’t have to battle Hassan Whiteside for minutes, making him a near guarantee to play 30 minutes a game. That’s awesome from a guy who averaged 13.7 points, 11.2 rebounds, 3.5 assists, 1.3 steals and 1.2 blocks per 36 minutes played last season. Memphis is certainly not a defense we’re worried about either, as their defensive stalwarts like Marc Gasol and Mike Conley are out of the picture.

Breakout players are a theme in this article and that’s one of the keys to early-season DFS. You need to find the guys who will outperform their price tags and Collins is one of the best bets in the league to do just that. The reason for that is because he’s expected to step into the starting power forward role, with Al-Farouq Aminu, Moe Harkless, and Jusuf Nurkic all out of the picture. That should open up a ton of shots and minutes for Collins and he’s certainly a prospect to admire. We’re talking about a guy who averaged 16 FanDuel points per game last season in 17.5 minutes of action, which is an incredible rate from a growing player who could see upwards to 25-30 minutes per game this season.

Also Consider: Kevin Love, CLE at ORL: When Love is healthy, he’s one of the best fantasy options in the game. That’s what we have here and he should lead the Cavs in usage rate when he’s suiting up.

We’re going to keep this one simple. Embiid is one of the best centers in the game and he should absolutely abuse this small frontcourt. Let’s begin with those Celtics, as they truly don’t have anyone who can match up with Embiid. That was crystal clear last season when Embiid averaged 29.3 points, 15.5 rebounds, 2.8 assists, and 1.8 blocks in four games against them. He also played 39 minutes per game in those four fixtures and it appears that the Sixers want to exploit this tasty matchup.

There’s a lot of production to be had in Washington and Bryant is one of the guys who could feast. The simple fact is, there’s nobody to take minutes away from him on this roster. That’s big news for a guy who averaged 18.2 points, 10.9 rebounds, 2.2 assists, and 1.8 blocks per-36 minutes played last season. While we expect him to play about 30 minutes or so this year, that would still be a stellar average if he can duplicate that form. Facing Dallas is simply the icing on the cake, as they have no big men on this roster to match up with Bryant.

Also Consider: Cody Zeller, CHA vs. CHI: Zeller is a nice cheap option against this terrible Bulls defense, playing close to 30 minutes per game as the Hornets starting center.