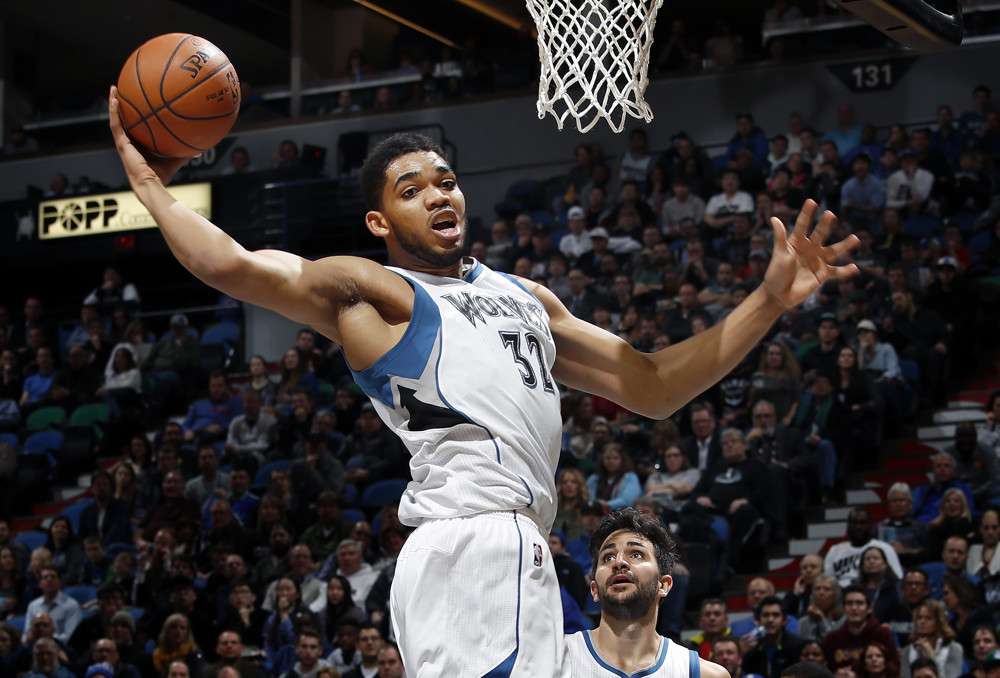 After a crazy day on Monday, we’re back at it with a 12-game slate here. The Monday slate was brilliant for us though, with Damian Lillard having a career night and DeMar DeRozan, Andre Drummond and Jerami Grant all having huge games as well. Let’s keep that momentum rolling here with our 1/22 NBA DFS plays of the day!

Don’t look now but the former MVP is playing some of the best basketball of his career this season. What’s really opened things up for him are the injuries, with Blake Griffin, Luke Kennard and Reggie Jackson all sidelined. That’s why Rose has a 32.6 percent usage rate with this current roster while averaging 1.3 DraftKings points per minute. That’s really evident when you see that he has at least 32 DK points in eight-straight games while averaging 37.1 fantasy points per game in that span. Not to mention, Sacramento allows the sixth-most fantasy points to opposing point guards this season.

With Paul George definitely missing this game and Kawhi Leonard possibly sitting out in the second half of a back-to-back set, Beverley could find himself as one of the go-to playmakers for the Clippers. In the last five games without PG-13, Beverley is averaging 10 points, 6.4 rebounds, 7.6 assists and 1.2 steals per game en route to 33 DK points per outing. That’s all you can hope for and it wouldn’t be surprising to see him flirt with another triple-double if both of those superstars sit out. The matchup is the icing on the cake though, with Atlanta ranked 27th in defensive efficiency and 28th in points allowed.

UPDATE: Beverley left Tuesday’s game with a groin issue. If he’s out, Dejounte Murray is a nice value on DK at $5,200 against a 29th-ranked Pelicans defense. DeMar DeRozan is obviously a great play in that same matchup too.

Butler is a bit risky after missing the last game but there’s some talk out there that he’s going to return here. If he does, Jimmy Buckets is one of the best plays on the board. The main reason for that is this matchup, with Washington ranked dead-last in both points allowed and defensive efficiency. That always puts the opposing team’s best player in play against them which Butler surely is. In two games against them this season, Butler is averaging 54 DraftKings points per game, despite taking just 26 total shots in those outings. If Butler does sit out again, Goran Dragic and Kendrick Nunn become fantastic plays.

If you think Beverley is a good play with George and Leonard out, we have to absolutely love Williams. He should actually fill in as the top option with both of them out which is evident when you see that he has a 34.4 percent usage rate with both of them off the floor. He’s also providing 1.41 DK points per minute in that time which would equate to 49.4 fantasy points if he plays 35 minutes. That seems like a strong possibility here against an Atlanta team that surrenders the most fantasy points in the league to opposing shooting guards as well.

Will Barton, DEN at HOU

With Jamal Murray, Gary Harris and Paul Millsap all nicked up, Barton has found himself as the primary ball-handler for this club. It’s the Murray absence that really makes him valuable, turning Barton into the de facto point guard. With those three off the floor, Barton is second on the team with a 24 percent usage rate, averaging 38.3 DK points per game across his last three fixtures without Murray. We love that against a Houston club who owns a 29th OPRK against opposing SFs while sitting 24th in total defense.

Warren has established himself as the go-to scorer for the Pacers and we love that in a revenge game against his former team. The revenge narrative is only a small part of this tasty matchup though, with Phoenix also sitting 22nd in total defense. Before a dud on Monday against one of the best defenses in the NBA, Warren had at least 25 DK points in 12 of his previous 13 games while averaging nearly 35 fantasy points per game in those 12 fixtures. That’s monstrous from a player in this price range and he should get up plenty of shots in such an intriguing matchup.

Adebayo is an absolute monster and we have to love him in a matchup like this. Not only does Washington own the ugly defensive statistics from the Butler write-up, they also own a 27th OPRK against opposing centers. That’s stellar news for a consistency beast like this, with Bam scoring at least 35 fantasy points in 20 of his last 22 games while averaging 43 DraftKings points per outing in that span. Not to mention, Adebayo is averaging 45 fantasy points per game in two meetings with the Wizards this season.

Bagley has all the talent in the world and recent results are proving that. Not only does he have at least 36 FanDuel points in back-to-back games, but Bagley also played a career-high 38 minutes on Monday. If we can get 35-40 minutes out of him, Bagley should be a near guarantee for a double-double with Richaun Holmes sidelined. We can’t overlook that boost in usage in a matchup like this, with Detroit surrendering the second-most fantasy points to opposing power forwards this season.

Towns is more expensive than players I like to recommend but something tells me he’s the best option on this slate. The main reason for that is this matchup, with Chicago allowing the most fantasy points in the league to opposing centers this season. That looks even worse when you consider that they’ve lost Wendell Carter Jr and Daniel Gafford to injury this month. Those ugly statistics are downright horrifying against a dude like Towns, with the big man leading the T’Wolves in usage rate while averaging 51 DraftKings points per game over the first 23 games before getting injured. While he struggled in his first two games back, 51 fantasy points across 35 minutes against an elite Denver defense on Monday proves that he’s back and ready to dominate.

A poor stretch at the beginning of January has lowered Aldridge’s price way too much. We’re talking about a guy who’s scored at least 37 DK points in three-straight headed into this matchup while averaging 38.8 DK points per game over his first 31 games played. That shows us that the early January form is the outlier and that he should be about $1,000 more each site. Those 35-40 fantasy points seem like the floor against a team like the Pelicans, with New Orleans sitting 29th in points allowed, 26th in defensive efficiency and sixth in pace. If they happen to be without Derrick Favors again, that only adds to LA’s value.