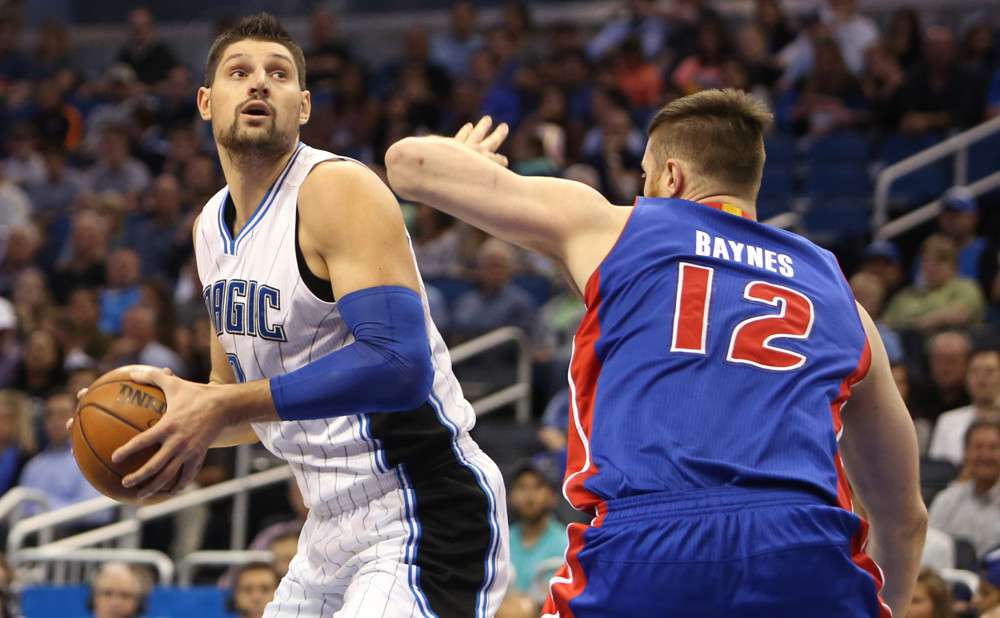 We kicked off the week right on Monday, getting gems from players like Spencer Dinwiddie, Jimmy Butler, Damian Lillard, Jordan McRae and Nikola Vucevic. That’s why I had one of my better days of the season in terms of profits and we’re going to look to keep that momentum rolling here. Without further ado, let’s get into the 1/1 NBA DFS plays of the day to kick off the new year!

If you any comments or questions, reach me on Twitter @Bartilottajoel

These price tags are downright silly. These DFS algorithms may see that he played just 16 minutes on Monday and 17 minutes in the game he got injured but that’s not the full story. Prior to that, Bledsoe averaged 33.2 DK points across 27.3 minutes per game. We have to assume that he’ll get closer to those 27 minutes here, with that Monday game being a 21-point blowout. All we need is 28 DK points out of Bledsoe to reach 5X value and that seems like a great bet with his prior form. The matchup only adds to his intrigue, with Minnesota ranked 26th in total defense.

Thomas has been inconsistent this season but his role is huge right now. With this current roster, Thomas is leading the team with a 31 percent usage rate. That’s a towering number from a starting point guard, especially one who’s in the $5,000-range. He comes into this matchup rolling too, averaging 26.2 DK points per game across 27 minutes over his last eight outings. If he sees a 30 percent usage rate and plays 25-30 minutes, Thomas is one of the best values out there on FanDuel at just $4,600.

I really don’t like this matchup but it’s hard to overlook what Booker is doing right now. Not only does he have at least 44 DraftKings points in three-straight games, Booker is also averaging 50 fantasy points per game in that span. What we really love is his usage, posting a 33.3 percent usage rate in that span while averaging 22 shots and 39 minutes a game. That is more indicative of a $9,000 player and it’s crazy Booker remains so cheap, even in a tough matchup.

Stacking the Magic is going to be critical on this slate. The reason for that is because of their matchup, with Washington ranked dead-last in points allowed and defensive efficiency. That’s fantastic for Fournier, with the Frenchman scoring at least 26 DK points in 20 of his last 22 games while averaging 31.1 fantasy points per game in that span. Anyone with a 26-point floor in a matchup like this is impossible to fade on such a short slate.

With Giannis Antetokounmpo and LeBron James being priced so highly at SF, we’ll go with Isaac as our only recommendation. This is the perfect scenario for Isaac to provide five stocks. If you’re unclear what stocks are, it’s blocks and steals combined. The reason for that is because Washington ranks third in pace in addition to those league-worst averages. That’s a recipe for Isaac to grab a ton of hustle statistics, collecting 11 blocks and 19 steals over his last five games in total, while scoring at least 37 DK points in three of his last four games.

Randle is in one of the best stretches of his career right now and it’s clear that he’s the go-to guy since the coaching change. Scoring at least 26 DraftKings points in nine-straight games is nice but averaging 50 fantasy points per game across his last three outings is what’s truly impressive. The usage has skyrocketed in that span, posting a 31.5 percent usage rate while averaging 22.7 shots across 37 minutes of action. That’s why he should be $1,000 more on each site and we haven’t even discussed that he faces a Portland club who surrenders the second-most fantasy points to opposing power forwards this season.

This is a guy that I really don’t trust for fantasy purposes but these prices are hard to overlook. What really makes Anthony an attractive option is his role, averaging 14.5 shots across 31.5 minutes per game. Those numbers have actually slowly been climbing throughout his tenure and he’s surely going to get up shots here in a revenge game at The Garden. It’s not like he’s been terrible with that usage either, averaging 28.6 DK points per game despite the low price tag. We also can’t hate the fact that the Knicks rank 24th in defensive efficiency.

Whiteside has been cleaning up the glass recently and he’s hard to fade right now with the way he’s producing. Since returning from injury on November 25, Whiteside is averaging 15.6 points, 14.9 rebounds, 1.6 assists and 3.5 blocks en route to 46.2 DK points per game. That’s led to him scoring at least 35 fantasy points in 15 of those 16 games and it would be hard to imagine him not recording a double-double against a Knicks team who sits 24th in total defense.

We recommended Vucevic on Monday and we’re going right back to the well here. The simple fact is, this dude should be $9,000. We’re talking about a guy who’s averaging 42 DK points per game since his return from injury which is on par with what he did last season. He’s been doing that in some tough matchups and this happens to be the best matchup in basketball. In his one meeting with the Wizards, Vucevic collected 30 points, 17 rebounds and six assists on his way to 63.8 DraftKings points, one of the best games of his career.