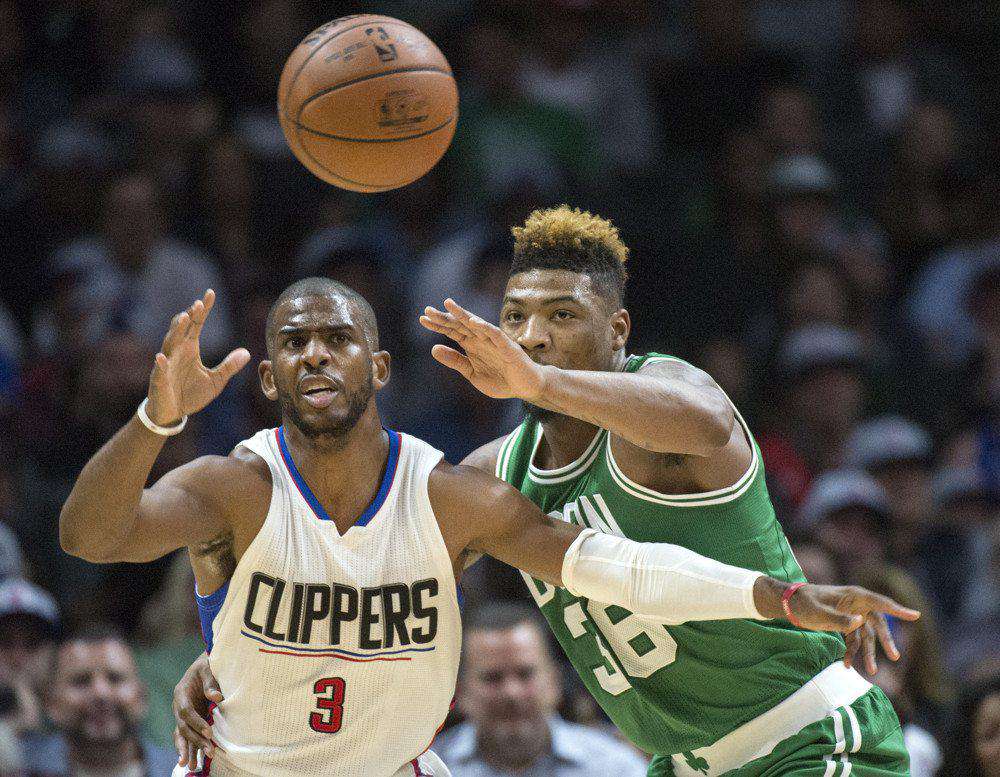 After a long weekend with some spectacular basketball and football, we’re back at it with a full 10-game slate here. This weekend was full of injuries and that’s going to open up a ton of value on this slate. With that in mind, let’s get into our 2/3 NBA DFS plays of the day!

With Kyrie Irving likely missing this game because of a knee issue, Dinwiddie should be back to starting point guard duties. In that role earlier this season, SD was playing at an All-Star level. In fact, Dinwiddie has at least 27 DraftKings points in all 28 starts he’s made while averaging 40.4 DK points per outing. That’s no surprise when you see all the usage and shot attempts that Irving takes up and Dinwiddie is easily the top-option in this offense without him. Not to mention, Phoenix ranks 18th in defensive efficiency and 20th in points allowed.

Despite getting suspended in his most recent game, Payton has been awesome recently. In fact, he’s scored at least 33 DK points in seven-straight games while averaging 10.6 points, 6.0 rebounds, 9.0 assists and 1.3 steals per game in that span. Those stat-stuffing ways have established a nice floor for the triple-double threat and it has these price tags looking too cheap for someone who’s seemingly improving. We also love the fact that he faces a Cleveland team who ranks 29th in defensive efficiency while surrendering the most fantasy points in the league to opposing PGs according to FanDuel. One of those games happened to come against Cleveland when Payton fell just shy of a triple-double despite playing just 28 minutes in a 30-point blowout.

Anytime you get the best player against the Wizards, you have to put them into consideration. That’s certainly the case here with Russell, leading the Warriors with a 31 percent usage rate. That sort of usage has led to him averaging 39 DraftKings points per game since the opening week. He’s been even better recently, scoring at least 42 fantasy points in 12 of his last 16 games. That’s horrifying news against a Washington team who ranks dead-last in points allowed and defensive efficiency.

Smart has been an absolute beast in games that Kemba Walker has missed and that makes him one of the best values out there. In fact, Smart has at least 49 DraftKings points in three of the six games that Walker has missed this season while averaging 40.7 fantasy points per game in those outings. That means he should be above $8,000 behind that production and we haven’t even discussed this spectacular matchup. Not only does Atlanta sit 28th in defensive efficiency, but they also surrender the most fantasy points in the league to opposing SGs. In his one game against them, Smart dropped 46.5 DK points if you needed any more incentive.

Draymond is coming off an absolute gem, collecting eight points, seven rebounds, 16 assists, two steals and two blocks across just 25 minutes of action against the Cavs on Saturday. That emphasizes when we want to use Green, against bad defenses in a matchup that’s expected to be close. Both of those boxes are checked here, with Washington owning the worst defense in the NBA and this spread sitting at just 4.5 points in favor of the Wizards. If you look at Green’s last 10 games, he’s averaging 34.7 DK points in the eight games that were decided by 20 points or fewer. That should certainly be the case here and he could easily flirt with a triple-double in such a premier matchup.

Morris has quietly been a really good player for the Knicks this season, averaging 31 DraftKings points per game. What we love recently is his consistency, scoring at least 25 fantasy points in 12-straight games while averaging 32.1 fantasy points per outing in that span. Any guy averaging 34 minutes and 17.2 shots per game shouldn’t be priced this cheaply and we can’t overlook the fact that he faces the second-worst defense in the NBA as well.

Porzingis sat out Saturday’s game for rest but he’s simply been stupendous in the absence of Luka Doncic. In the five games without him and the one where he got injured, KP has scored at least 45 DraftKings points in all six of those. In addition, KP is also averaging 51 DK points per game in those outings. That’s really no surprise when you see that he’s averaging 19 shots and 37 minutes played in those fixtures while leading the team with a 30 percent usage rate. Not to mention, Porzingis is expected to play mostly center here and that’s big news with Indiana allowing the second-most fantasy points in the league to that position.

Stacking Boston is going to be an optimal strategy on this slate because they get a super matchup and are playing without their point guard. Let’s start with that matchup, with the Hawks sitting 29th in points allowed and 28th in defensive efficiency. A matchup like that is a recipe for DFS success with Tatum posting a 32 percent usage rate with Kemba off the floor. That obviously leads the Celtics and it’s led to some monster games. Tatum actually has at least 27 fantasy points in all six games without Walker while averaging 37 DK points per outing. That’s on par with his season averages and that’s likely the floor against a team like Atlanta.

Using centers against the Hornets has been printing money this season. In fact, they surrender the third-most fantasy points to centers according to FanDuel while owning a 30th OPRK against them on DraftKings. That’s terrifying news against a stud like Vucevic, with the Orlando center averaging 41 DK points per game. What’s equally as enticing is his floor, scoring at least 37 fantasy points in 19 of his last 21 games. One of those happened to be this exact matchup when Vooch collected 46 DK points in just 31 minutes of action.

Bryant was a fantasy godsend at the beginning of the season and he finally appears to be re-capturing that role. Let’s rewind to back then, with TB averaging 32.7 DraftKings points per game across 28.6 minutes over his first 16 games. That’s close to his recent form, averaging 35.5 fantasy points per game across 26.7 minutes over his last three games. That’s gargantuan production from a player priced so reasonably and the matchup is the icing on the cake. Not only is Golden Stats essentially playing without a center, they also rank 24th in defensive efficiency.