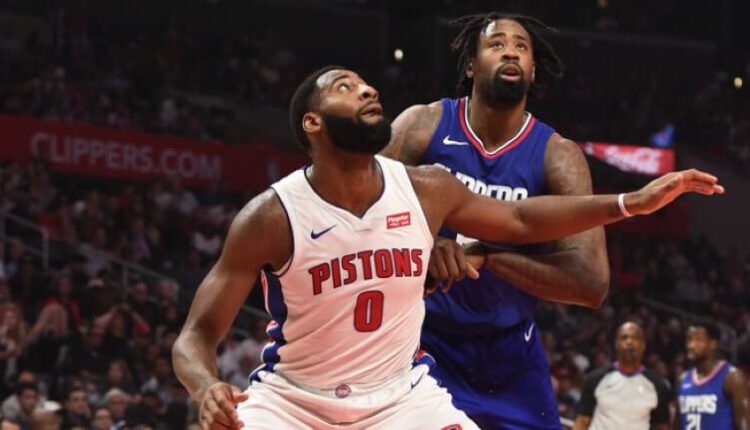 Our last two articles have been on point. The Friday article got a triple-double from Jimmy Butler as the headline player and we also got a career-high scoring performance from Bam Adebayo and a season-high from Nikola Jokic. We’re trying to keep that momentum rolling here, so let’s get into our 12/9 NBA DFS picks!

Lowry has done nothing but produce all season long and these DFS sites continue to keep his price too low. One reason his price remains low is that he just returned from injury, but playing at least 41 minutes in each of the two games since his return indicates that he’s fully healthy. That playing time has been ridiculous all season, with Lowry averaging over 41 DK points across 39 minutes per game. That absurd workload and production make him very attractive against a Bulls team who ranks 16th in total defense.

With Stephen Curry and Klay Thompson out of commission in Golden State, Russell has found himself in the biggest role of his career. With both of those guys off the floor, DR is leading the team with a 34 percent usage rate while averaging 1.33 DK points per minute. That was really clear when Russell averaged 47 DraftKings points per game in his previous seven games before getting injured on November 15. We love that against Memphis too, with the Grizzlies ranked sixth in pace while owning a 27th OPRK against opposing point guards this season.

While Bogdanovic is coming off a couple of duds, we absolutely love the usage numbers with De’Aaron Fox off the floor. In fact, the Sacramento shooting guard is leading the team with a 28.5 percent usage rate with this current roster. That has led to him scoring over 1.1 DK points per minute and the only real issue with Bogdanovic is that playing time. Before playing just 42 combined minutes in his last two games, BB averaged 35.5 DK points across 31.1 minutes over his previous 10 games. So, if we can just get the 30 minutes we hope for, Bogey is one of the best values out there. The matchup is superb too, with the Rockets surrendering the most fantasy points in the league to opposing SGs this season.

I really thought McLemore would be a great player out of Kansas when he was drafted in the Top-10 by Sacramento in 2013, but he’s been a severe disappointment. The good news for B-Mac is that he’s found his role with Houston, firing up three’s at will off the bench. Over his last four games, McLemore is averaging 11.3 three-point attempts per game across 30 minutes of action. That’s led to a 31-point average in that span which is monstrous production from a player in this price range. A revenge game against the Kings may be a perfect scenario too, with Sacramento ranked 18th in defensive efficiency

Barnes has quietly been one of the Kings’ best players since De’Aaron Fox went down and we love that in a matchup like this. Let’s start with the opposition, as he gets to face a Houston club who sits second in pace and 23rd in points allowed. What’s worse is the fact that they surrender the second-most fantasy points to opposing small forwards this season. That’s huge for a consistent player like Barnes, scoring at least 19 DK points in 18-straight games while averaging about 30 fantasy points per game in that span.

Ingles is finally finding his groove and it’s clear that he’s a lot more comfortable with Mike Conley sidelined. While we’re unsure if Conley will play here, we have to love the way Ingles is playing right now. Over his last three games, Ingles is averaging 28 DK points per outing, dropping at least 37 fantasy points in two of those. Getting that sort of production from a player this cheap is hard to find and we’re definitely not worried about a 17th-ranked Thunder defense.

Blake Griffin, DET at NO

Griffin has not looked comfortable this season but he’s too good to be priced this cheaply, especially in a matchup like this. Getting to face New Orleans is a cheat code for anyone and using the opposition’s best player against them is always a good idea. We say that because they currently rank fifth in pace and 29th in both points allowed and defensive efficiency. We can’t ask for any more than that, particularly with Griffin posting a 30 percent usage rate while scoring at least 34 DK points in seven of his 11 games this season.

JJJ disappointed many fantasy owners in the opening weeks of the season but recent results have flipped those frowns upside down. Not only has he scored at least 27 DK points in seven of his last eight games, but Jackson is also averaging 33 fantasy points per game in that span. That directly correlates with the Morant injury and it’s really no surprise that JJJ leads the team with a 28.3 percent usage rate with him off the floor. The matchup against the Warriors is the icing on the cake, with GS ranked 25th in total defense.

Drummond is easily one of the best plays on the board and it’s truly amazing what this dude is doing this season. We’re talking about a guy who’s averaging 17.7 points, 17 rebounds, 3.1 assists, 1.7 steals and 2.0 blocks en route to more than 50 DK points per game. He’s been even better recently, scoring at least 58 fantasy points in three-straight coming into this matchup. That’s truly horrifying for a fast-paced Pelicans team who owns the second-worst defense in the NBA.

Gasol’s season-long numbers likely won’t inspire you to use him but he’s simply too talented to be priced this cheaply. We’re talking about a guy who was in the $7,500-range on both sites this time last season and it’s hard to believe that he’s a $5,000 player at this point. Recent results would indicate that he’s too cheap too, averaging 27 DK points across 30 minutes of action over his last 12 fixtures. We absolutely adore that production in a matchup like this, with Chicago surrendering the most fantasy points in the NBA to opposing centers.

When is it Time to Drop a Hitter?